Been shooting close to home a lot recently, mostly i don't like driving in traffic as much as i used to but i also like to document birds on the north shore as much as possible.
I've been shooting Rufous hummers in North Vancouver for years now and have a few locations i visit when i feel the need to shoot the orange hummingbirds.
I love hummingbirds and a highlight of any trip to the tropics or down south for me are the little colourful gems with feathers.
I while back i realized that our Rufous Hummingbird is greatly valued by photogs in other parts of the world since it is a stunning bird, easy enough to take for granted around here this time of year when so many are all over the place.
That fact was realized when bird photog great Artie Morris actually complimented a dull day shot of a Rufous i posted on his critique forum years ago, i told him to look me up if he ever came to town, at the time it almost sounded like he was serious about coming up here just to shoot Rufous :lol:

The trick is finding the birds on territory that like to perch lower in the trees or bushes, often the birds are perched high up at the tops of trees and you are looking up at them, not the best angle.
Sometimes when shooting at a feeder the birds will come in fast, drink and leave, maybe perching a bit before but never for an extended period of time, so i rarely shoot at feeders and instead search out the low natural perches that a hummingbird on territory lands more than once on and set up, and wait.
Birds on territory will often have a number of perches they utilize and Saturday after a few previous attempts at the same spot (with a different bird) finally got lucky and found an active male using attractive near eye-level perches, and all fairly close together.
I set myself up in the middle of the 3 different perches and staked it out.
There were numerous males zipping around and my guy would leave the area on occasion to chase them but always returned.
It was spitting rain but i threw my jacket on top of the camera and lens and had no issues, other than the session finally being called when the batteries in the camera body died and i could take no more shots. After 700 shots though, it was time to call it a day anyways. 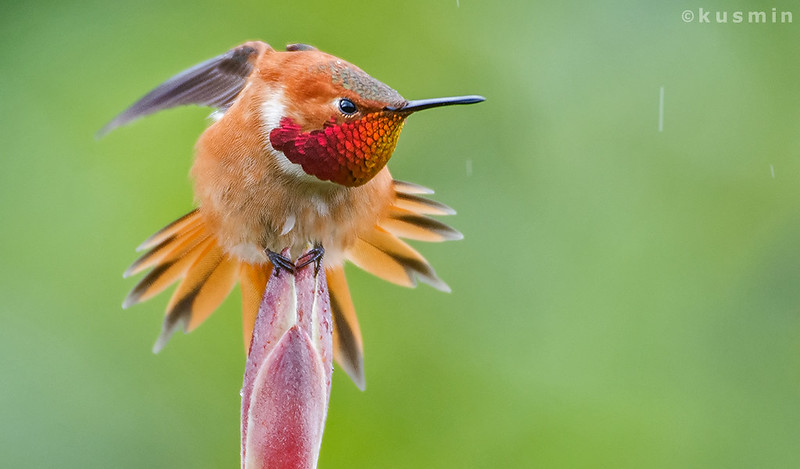 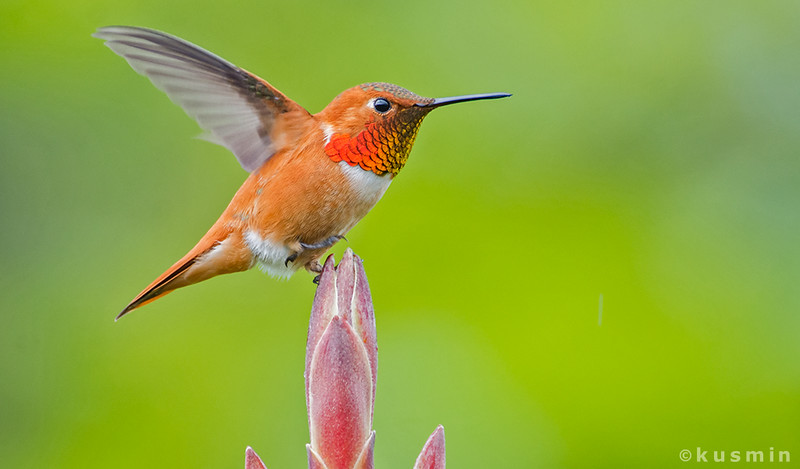 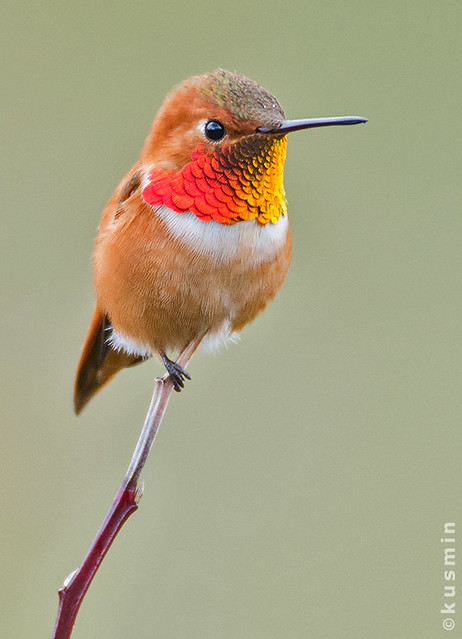 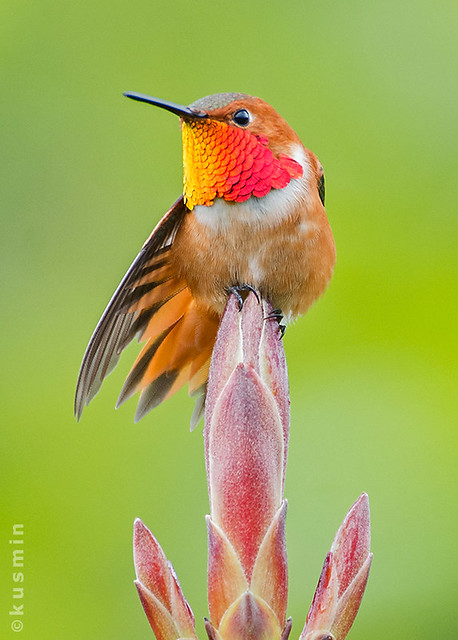 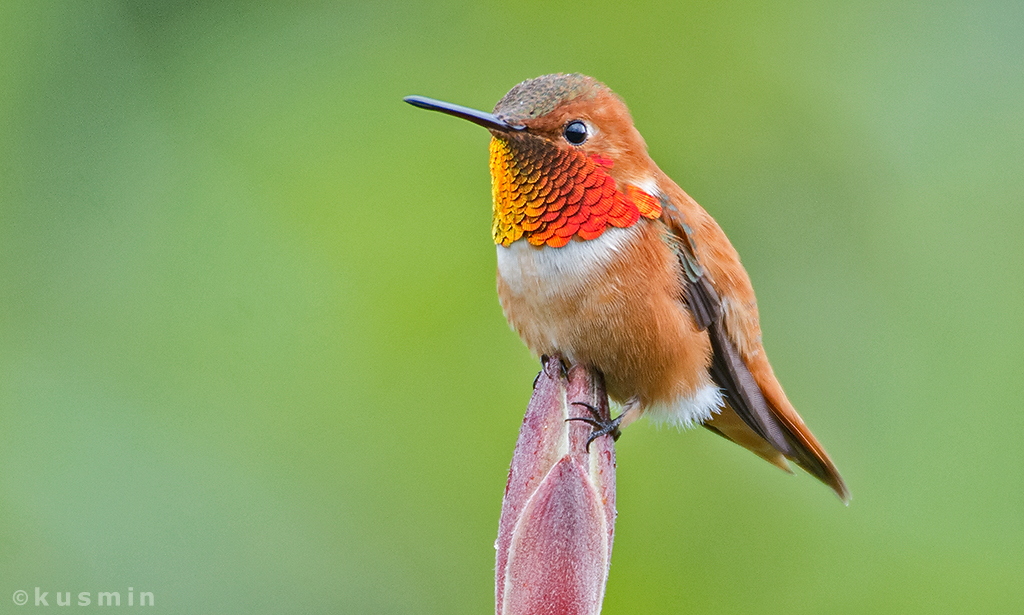 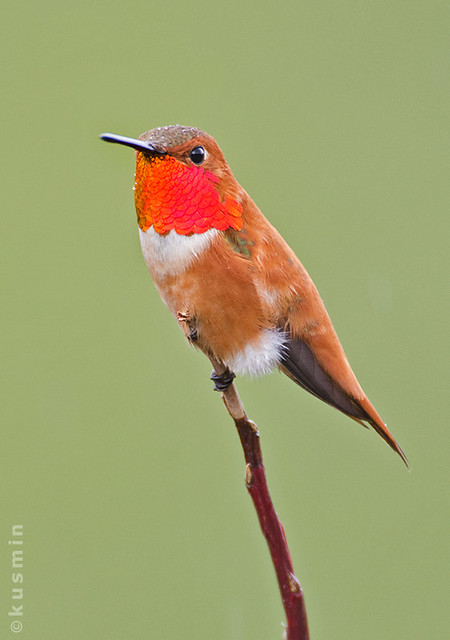 The mission was to capture their gorgets in full flaming colour if possible.
I used to think you needed flash to bring out the most in gorgets but of course that's not the case.
All shots naturally lit.