I've got the time right now to document my recent quick trip to the Washington coast so here goes.

I had booked a week off work for the first week in Sept. and my wife was able to get a couple of the days off near the end of the week (and since we had both been working overtime) decided some time on the beach in Washington state was in order.
Some interesting birds pop up down there every year and Grays Harbor is also home to some good birding pelagics so time to check it off the life list of locations.

I read what Colin wrote about needing a good four or five days to do it properly and while i agree i also know that quick trips can be beneficial (all our out of country birding trips are like that - you got one morning or day to get what you can from a location and then you gotta move on regardless), it's a close enough location drive-wise (what is up with Washington traffic though, is it rush hour all day long over there? ) so repeat visits are in order.

Driving through Aberdeen i silently acknowledged the town's significance ie. Kurt Cobain's home town but we couldn't stop, for Ocean Shores was close.

A 4:45am start from North Vancouver had gotten us to our destination at around 11am (thanks GPS) and our first stop was the casino to see about the beach behind it.
We noticed $3 breakfasts advertised and we both decided to have a bite to eat before getting out birding.
Was surprised by the amount of cigarette smoke inside however and it ruined the meal a bit but soon we were outside again in the fresh seaside air and on our way.

Ocean Shores is a sleepy, quaint, little pacific northwest surf town, we saw more deer than cars on it's roads to tell you the truth.

BirderGirl had given me some good info on locations since she had recently been there for the sand-plover and i of course did my due diligence and surfed the web, printing out additional bits of info and maps etc.
Our first stop was the beach and i noticed some vehicles on it.
The beach stretched out for miles and miles (km's and km's) and i decided to test out the 4x4 aspects of my vehicle, driving slowly in one direction and then back on the flat hard part of the beach, avoiding the soft fluffy sand dunes that we saw one unfortunate car get stuck in (seriously, what were you guys thinking trying to drive there in the first place?).

Soon we saw some birds and did some shooting from inside vehicle since the flocks didn't seem to mind cars but people made them skittish. 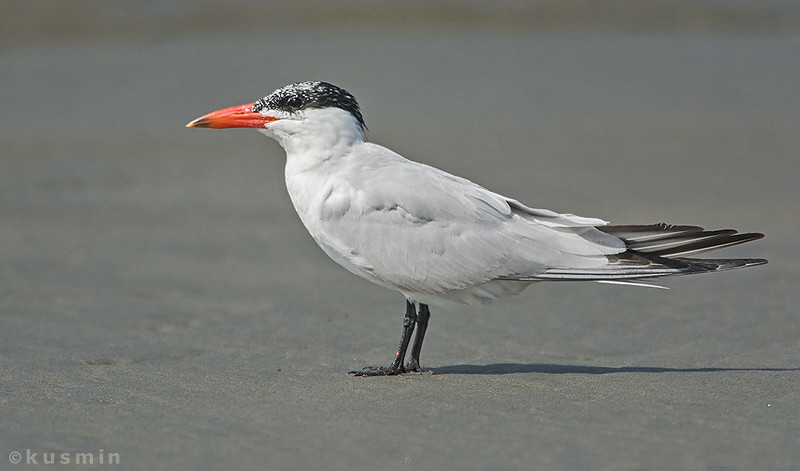 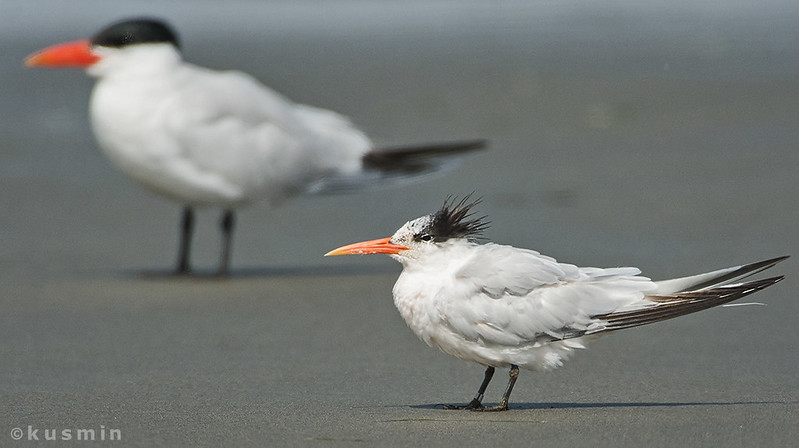 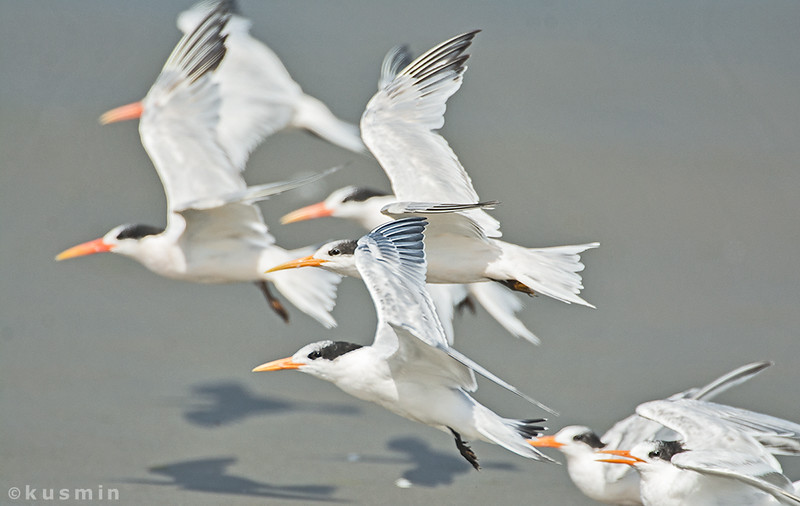 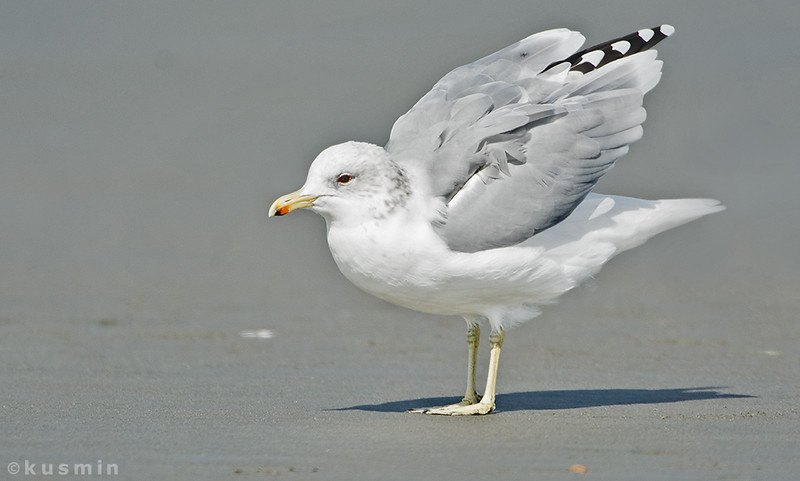 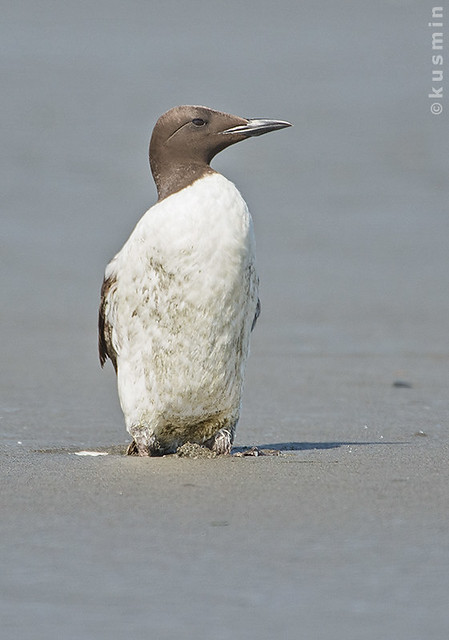 Common Murre
A tragic bird not long for this world perhaps.
The bodies of dead murres, guillemots and even a cormorant washed up on the beaches were unavoidable as they were everywhere unfortunately.
Seeing live seabirds up close would normally be celebrated but we just felt sad.

Later we drove around Ocean Shores hugging the coastline until we arrived at the jetty i kept hearing about. 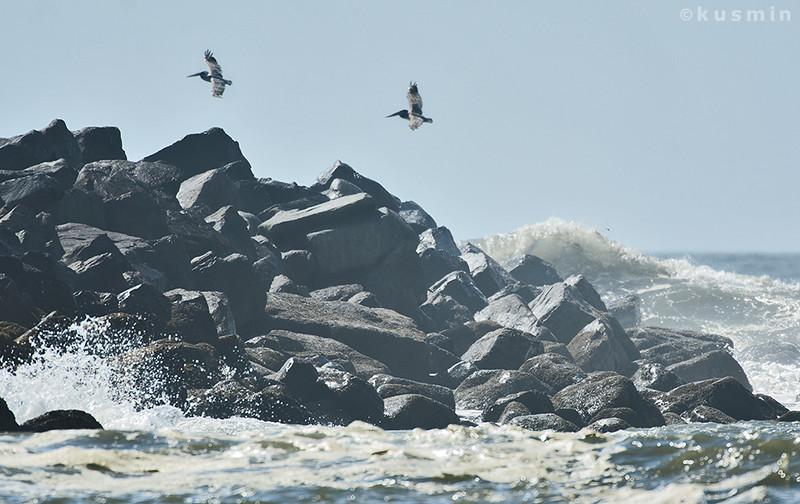 Apparently this was a good location for Wandering Tattler but i didn't really feel like walking out onto the rocks balancing my camera on shoulders, drop something between the rocks and kiss it gone forever, so maybe that's why i never saw any tattlers but the beach next to it was productive and i grabbed my Skimmer Ground-Pod (over-priced piece of plastic ) and did some low level shooting, crawling on my belly, sliding the pan-pod ahead of me i wiggled forward like one of those old plastic toy WWII army figures.
I was able to get close looks at pretty much whatever i wanted and can't wait to try it out at BBay one of these days
Being that close to the ground however i found sand getting all over the camera and lens was a concern. 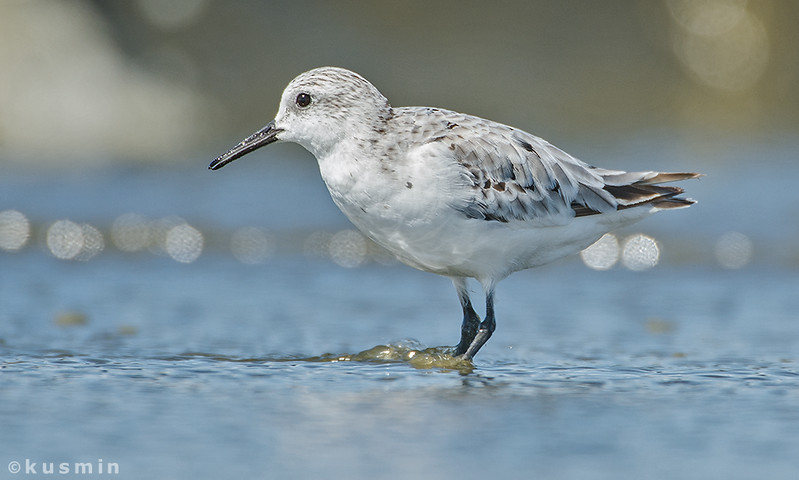 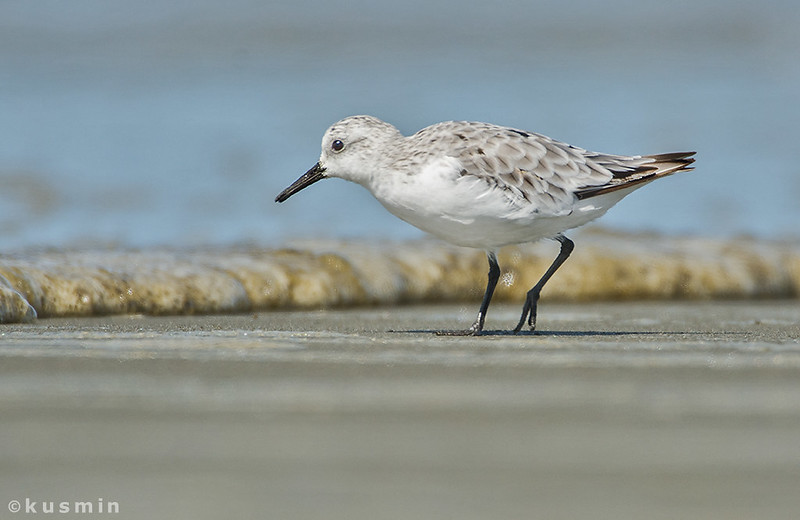 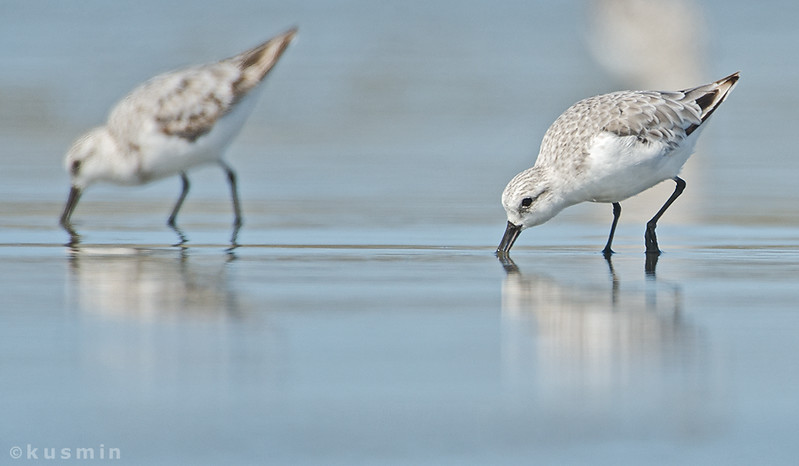 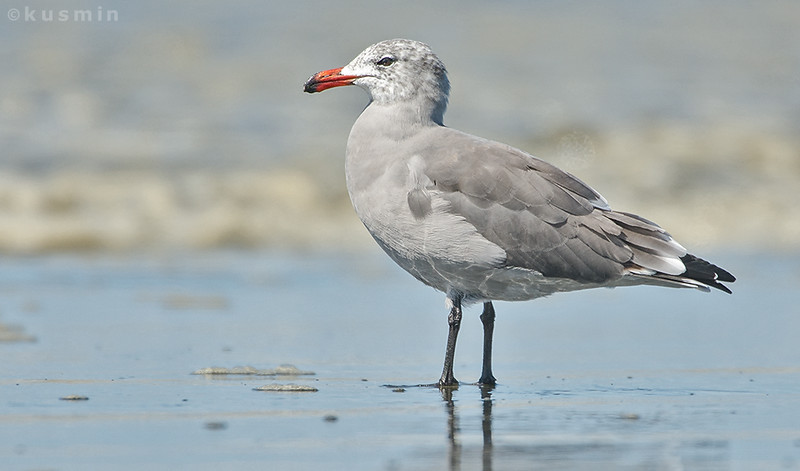 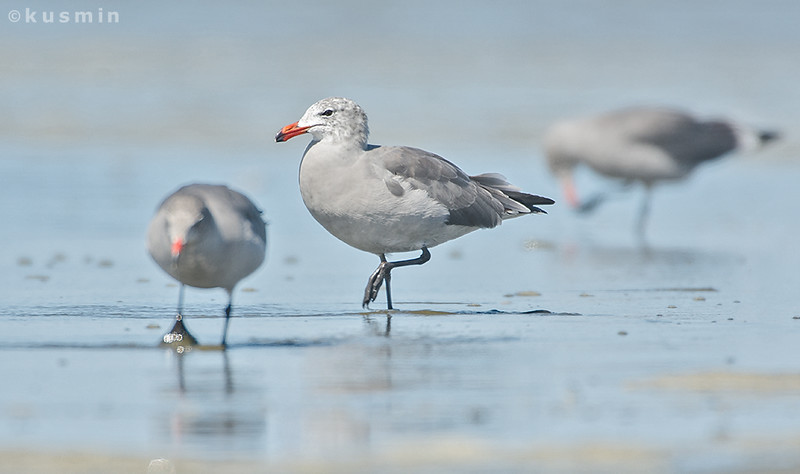 So that was all fun, both my wife's and my feet got soaked in the waves and for the rest of the trip we had wet shoes propped up on the dash of the vehicle in an attempt to dry them off.
A quick fish & chips lunch and we were off again down the peninsula to Damon Point (a big-time Snowy Owl location in winter) and it was quite a striking location, we walked down the beach and shot what we saw. 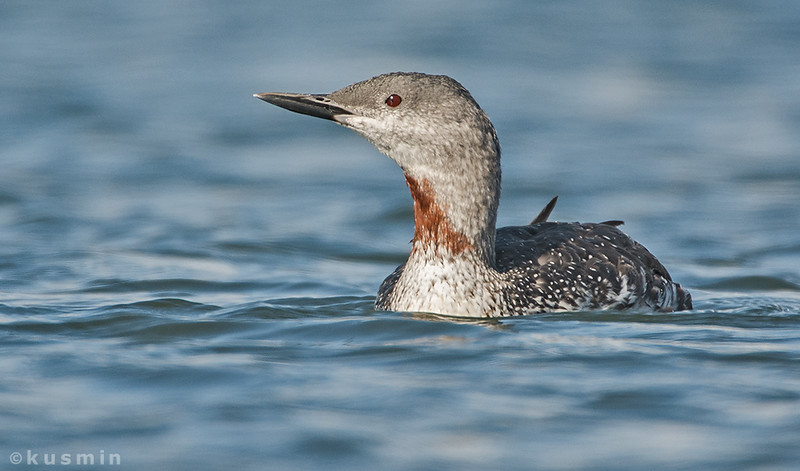 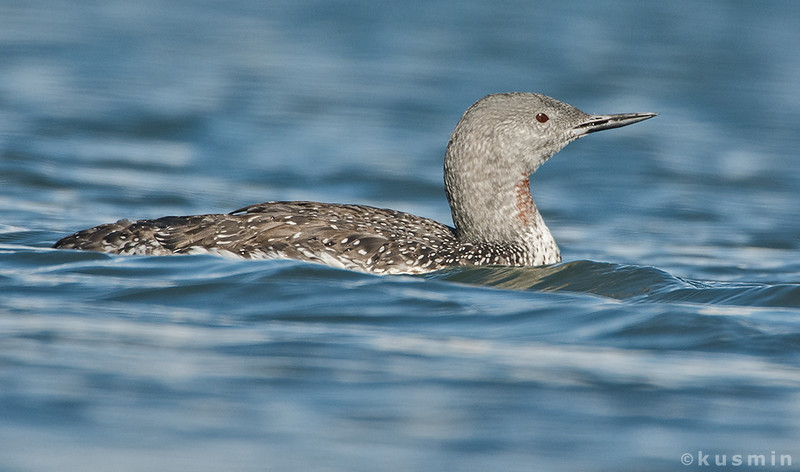 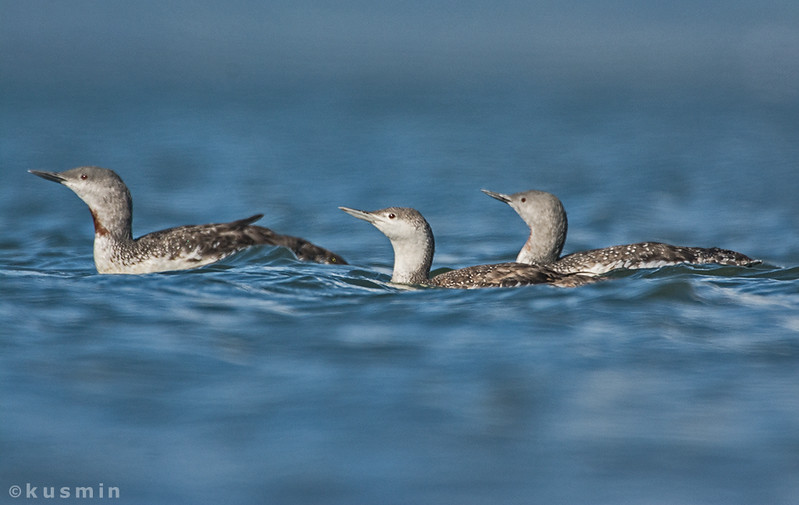 Red-throated Loons
(why did i need to go to Iceland to shoot these guys again? ) 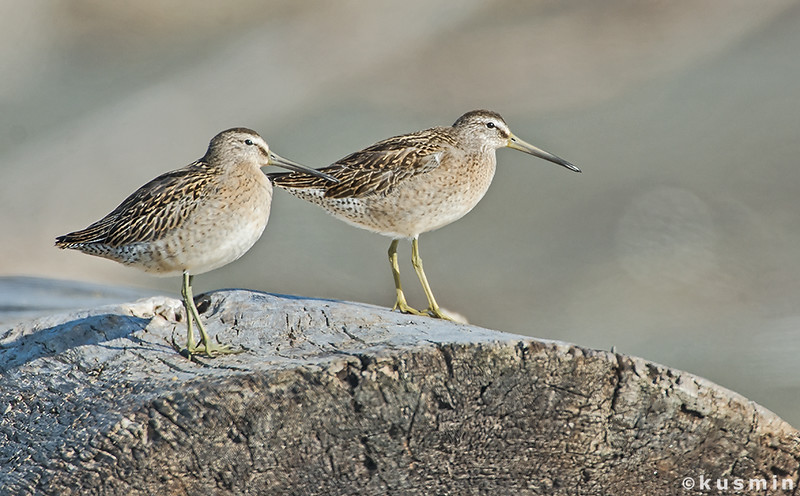 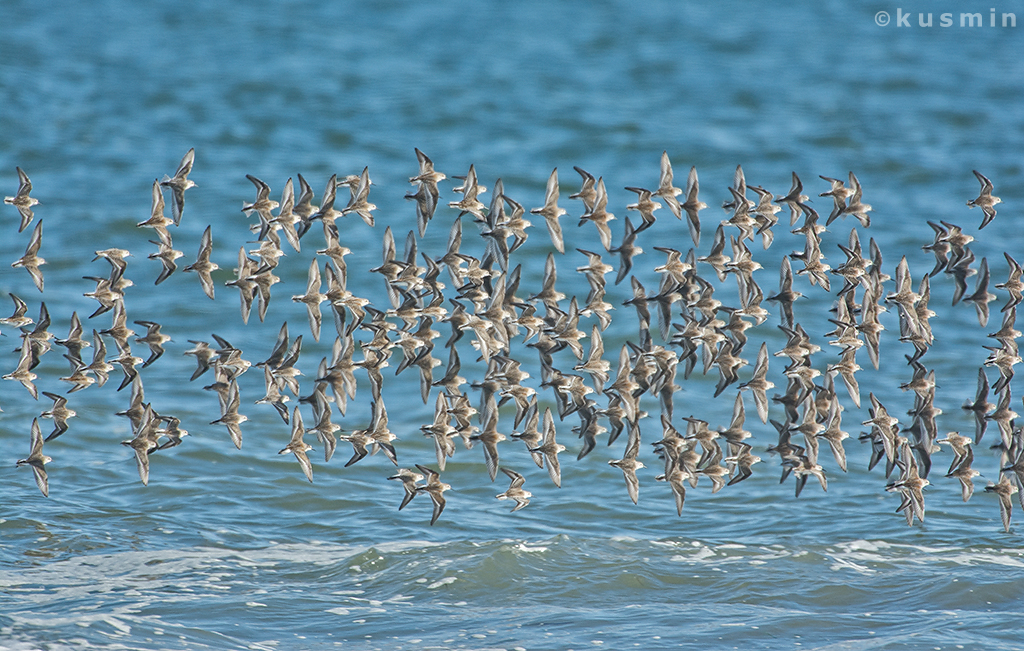 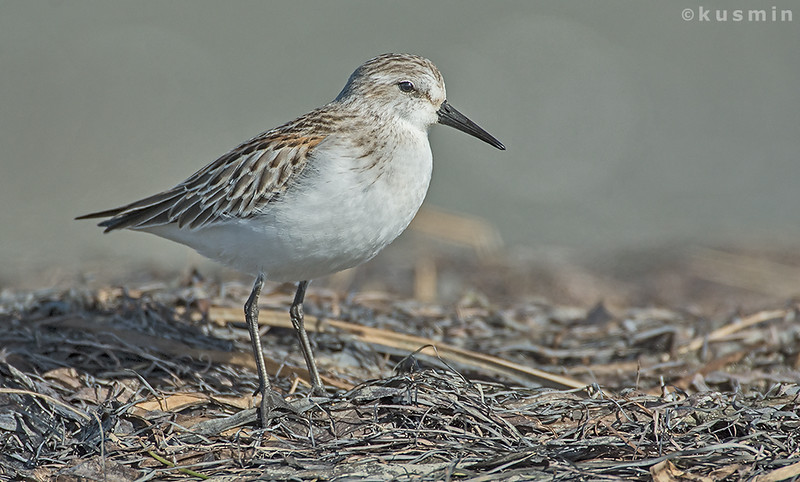 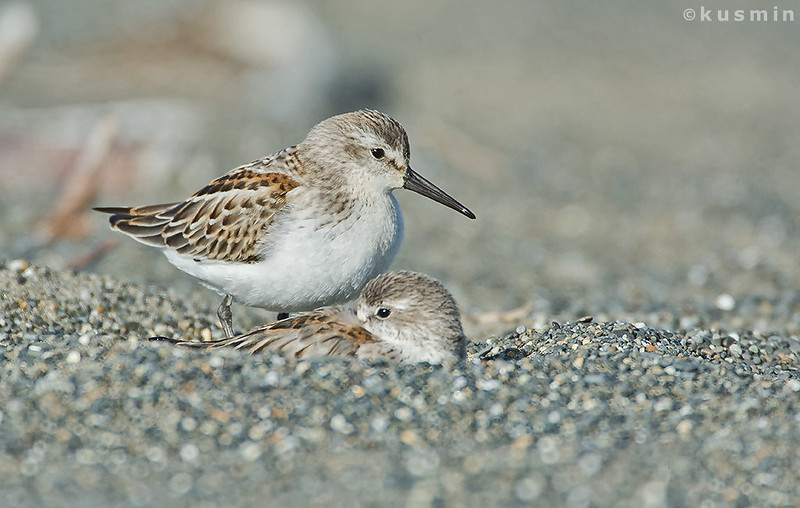 Yeh, it's true, when i got home after the trip i started processing shots right away and in my weariness labeled all these birds as Semipalmated but of course they are Western Sandpipers, neat to see large groups of them in the scrubbery digging into the sand. 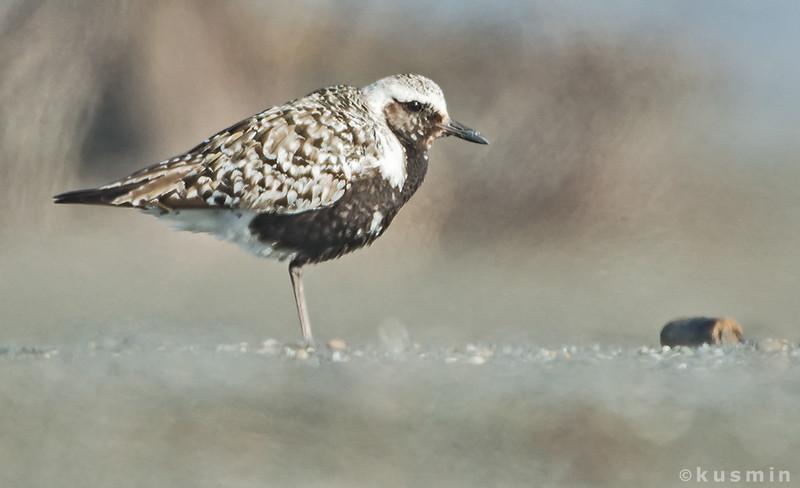 Black-bellied Plover (what is that on the right side of pic, a wine cork? )
Was hoping to see some golden plovers of either heritage but i saw none alas.

Well, evening was upon us and we found our way to the AirBN'B home we would be at for the next two nights, clean enough and friendly enough house and host, he sure talked up a leeeenghty storm though, an older fella and his cat but it was all good, he probably loved having guests stay over as it gave him someone to talk to.
Later we went out for a seafood dinner and then back onto the beach to watch the sunset, now i don't know if it was the herbs i picked up from the store on the way in or just a really magical moment but i swear i saw an uninterrupted rush hour in the sky (just above the waves) off in the distance of what i assume were Sooty Shearwaters, the line of birds all chaotically flying up and down out of sequence with each other just went on and on, it looked like they were moving from left to right but i couldn't see an end in sight on either side!
I had read a report recently about loads of these birds seen off shore so while i didn't have my camera to document the event or get a positive ID i'm pretty sure that's what they were.

The next morning we were off early, our host made me coffee to start the day but maybe he shouldn't have bothered, it was pretty wretched .

After starting at the jetty and still no tattlers we drove back to the parking area we had used when visiting Damon Point the day before and walked in the opposite direction on beach this time to the "Game Area", a marshy wetland area that was a bit of a walk to get to. 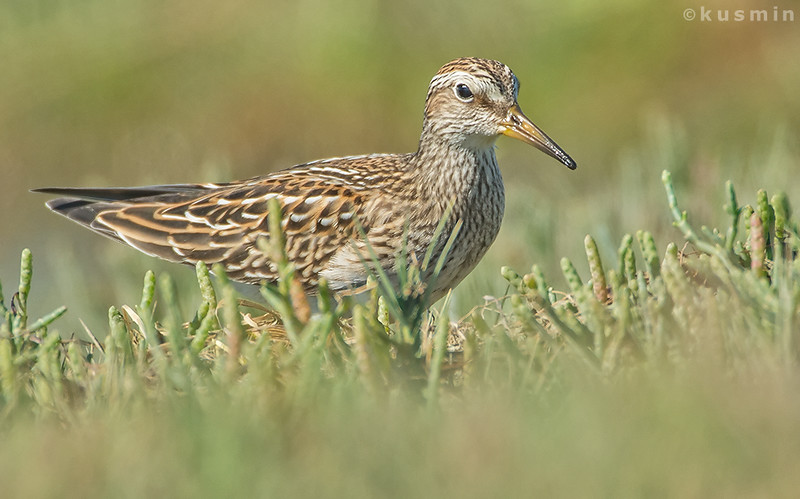 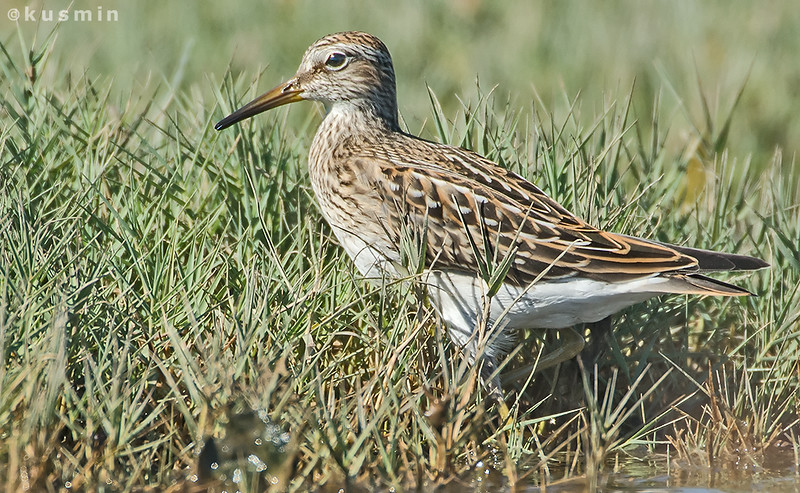 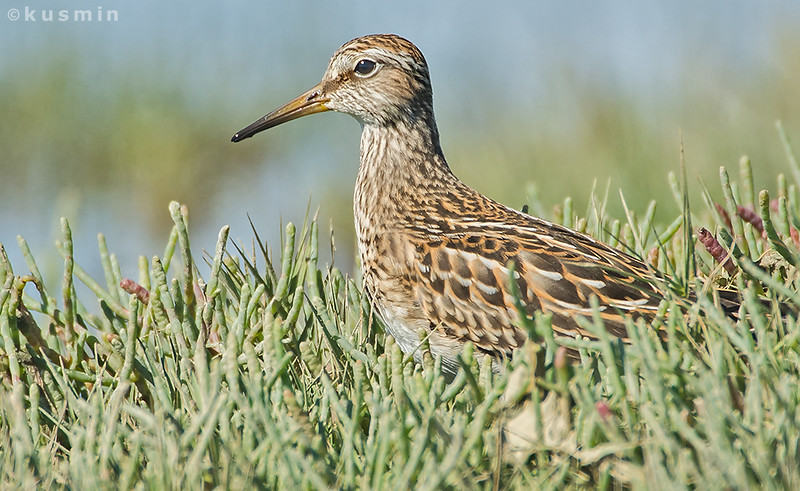 Later we drove to Westport to check out the harbour and ran into a huge traffic jam in Hoquiam of all places, our host the night before had told me about a spot next to the airport at Hoquiam that he reckoned was pretty good for birding (i think this was the spot Mel got the line of Brown pelicans perched at), we were probably too early for them but there were lots of gulls about.
Ocean Shores and the whole Grays Harbor area is great for pelicans by the way, saw soo many in the sky during our visit, Westport had them flying really close to the ground but my shots were from Ocean Shores the day before. 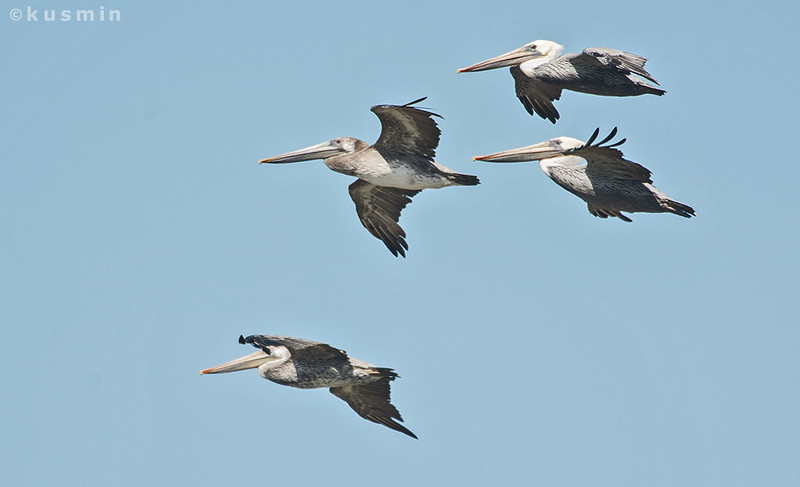 Our last bit of birding was late in the afternoon on the beach and we got lucky and found a large flock of Black-bellied plovers roosting away from the waterline, i had to shoot from inside the vehicle again since the flock wouldn't tolerate a human presence at close range. 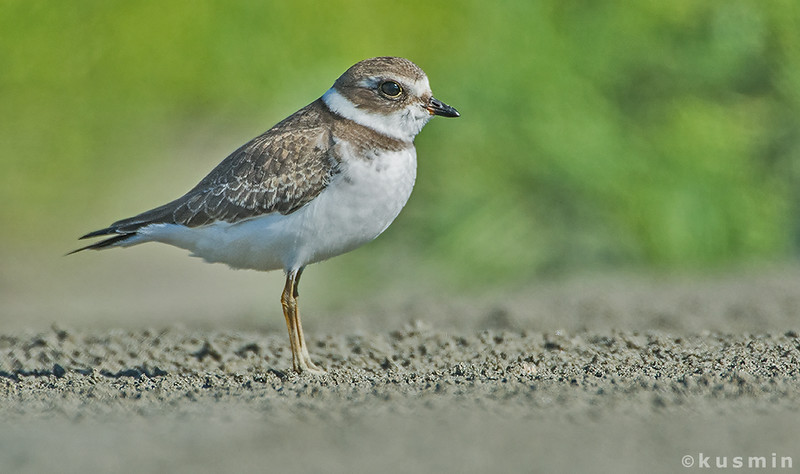 Ok, so i didn't get any Semipalmated sandpipers maybe, but these are definitely Semipalmated plovers, right?  (this was with the ground-pod but the rest were from inside vehicle) 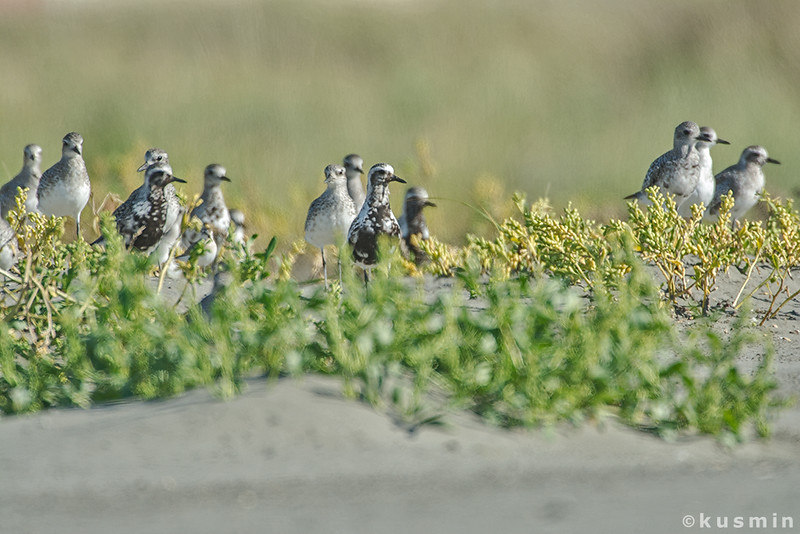 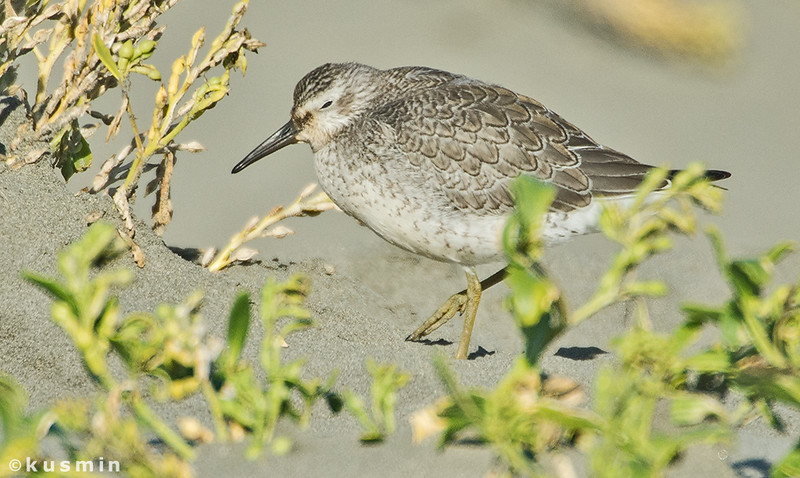 Had i realized that this sleepy fella was a juvenile Red Knot at the time i would have attempted to get better shots (some birds you just shoot and figure "i'll ID it when i process the shots"). 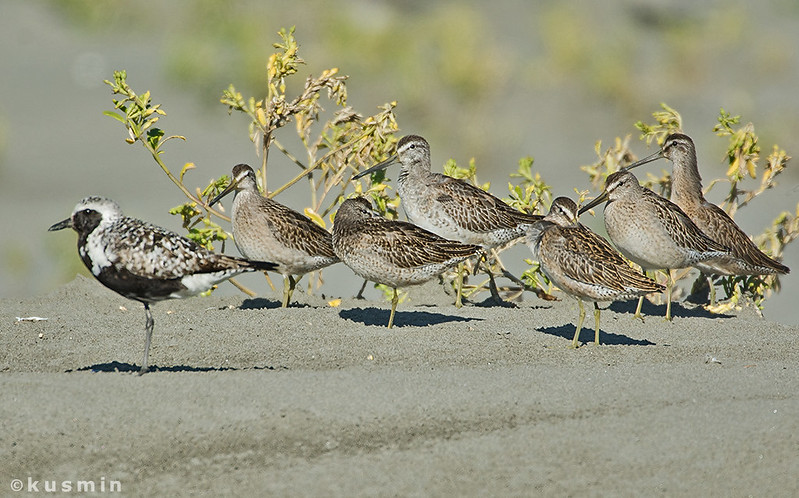 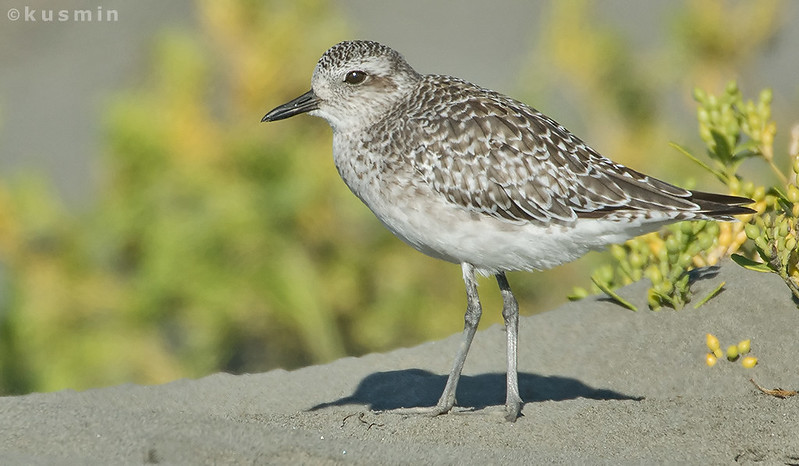 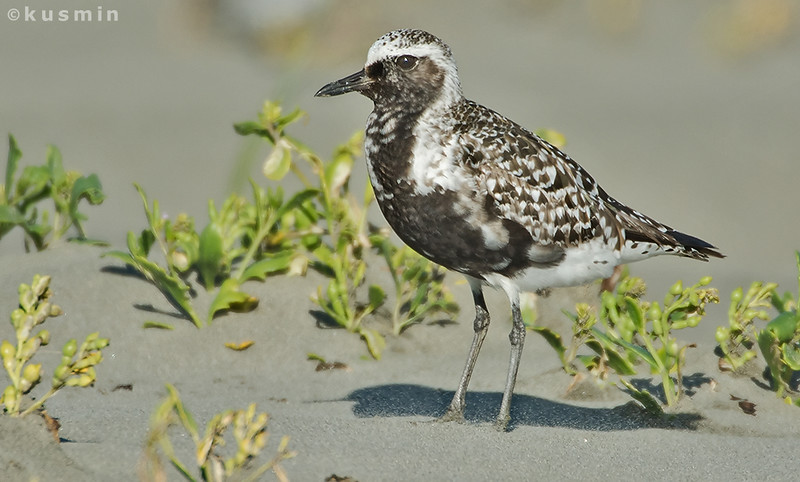 For our last nights dinner we went to a Mexican restaurant in town that was pretty amazing, beware though, the portions are large, and tasty.

The next morning we returned back home, all in all a good (and relaxing) trip, thanks for looking and sorry if the story is too long, cut me some slack though, i haven't posted much recently