Well, it's time to wrap up the trip report with this last part, dealing with the east and south of Iceland.

So we left lake Myvatn and the sketchy weather and crossed a mountain pass (there were a few that we crossed during our trip, in fact, reading a weather report days after arriving back in Canada i noticed that snow and freezing rain closed one of the passes we crossed so i guess we were lucky in that regard) and arrived on the coast and the eastfjords.
The weather improved substantially, there was even blue sky and sun for a change
After coming down from the pass, which was a windy gravel stretch of the ring road we stopped at a rest stop to admire the view, since we were next to a beach i checked it out for shorebirds and came across some Ruddy turnstones 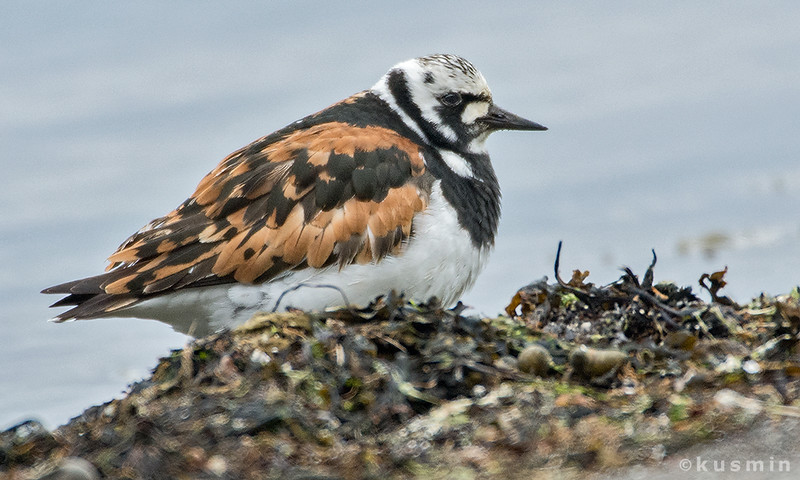 I had considered staying the night in the eastfjords but the drive wasn't as long as we had thought and the day was still young so after checking out a small fishing village where i got some shots of Red Knot and a Northern Fulmar nest next to some buildings in the village we decided to continue on south. 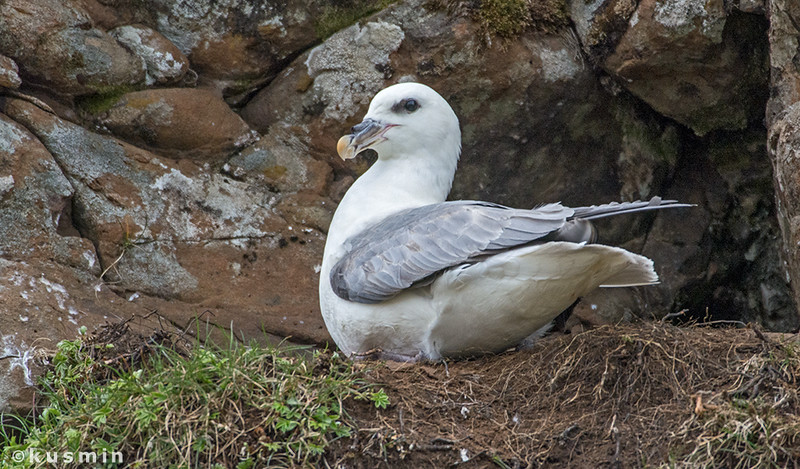 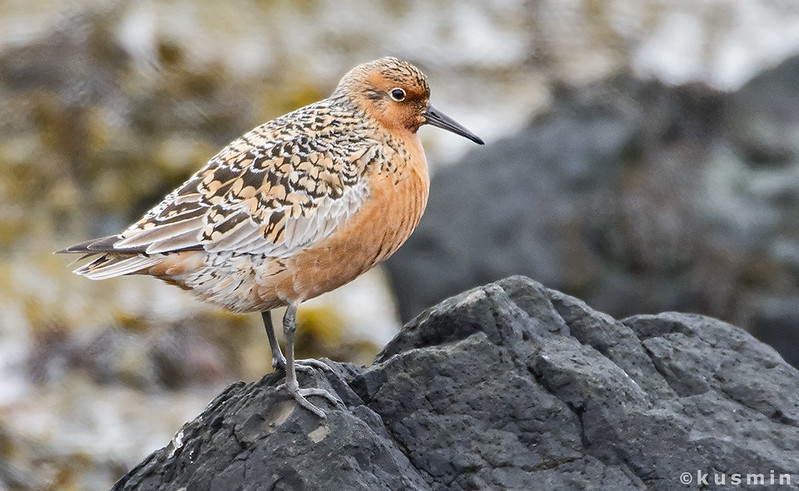 The area was notable in that Common Shelduck was a possibility but try as we might, no shelducks were seen.

In the end, we drove all the way to Jökulsárlón (a very cool glacier that is quite accessible from the main road), i was excited because Arctic Tern and Great Skua nested in the area.
In the early afternoon we arrived at the glacier and a large crowd of tourists all taking pictures of the ice flows in a river that ended in the ocean not far from the parking lot.
Upon arriving i was excited to see a pair of Great Skua in the parking lot, this was good because approaching a skua nest was not advised since they were big birds that could be aggressive, Arctic terns were everywhere nesting on the grass next to the parking lot so not a lot of waking was required. I wanted to get flight shots of the terns and decided to just shoot with the 500mm f4 on tripod instead of putting on the old 80-400 and hand-holding like i did during the boat trip days earlier. 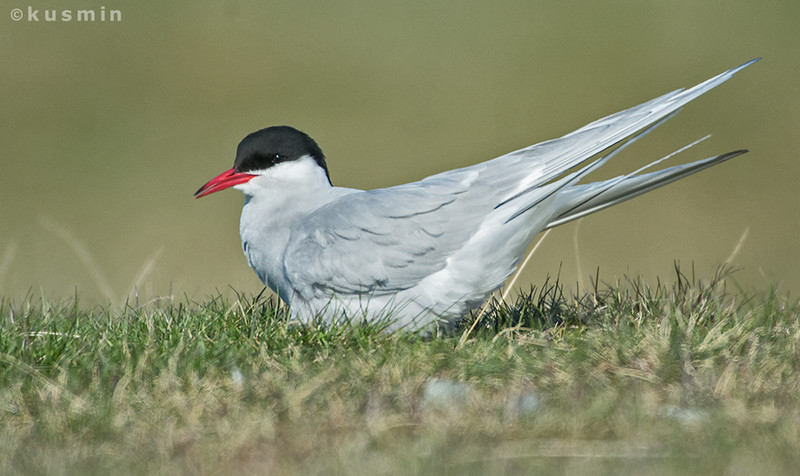 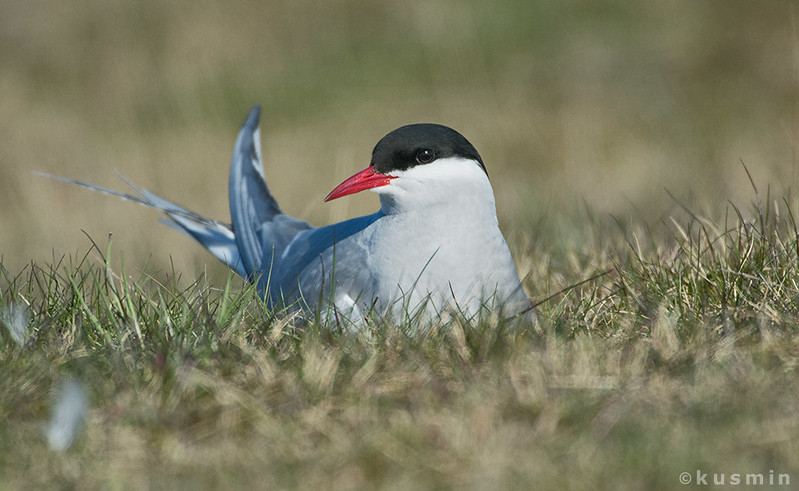 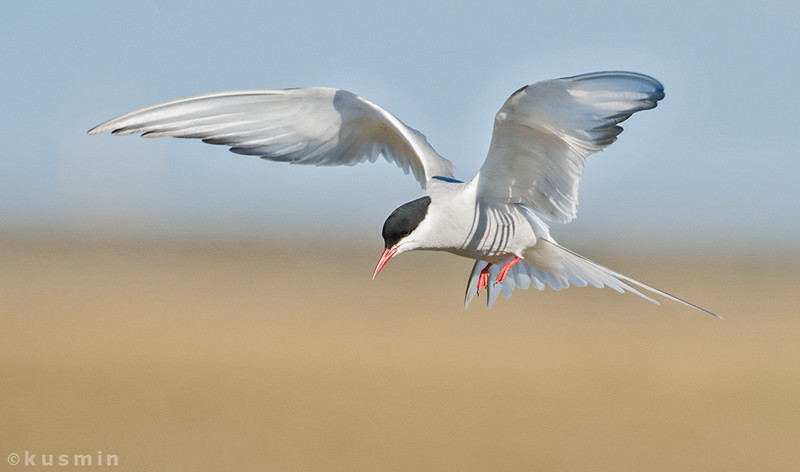 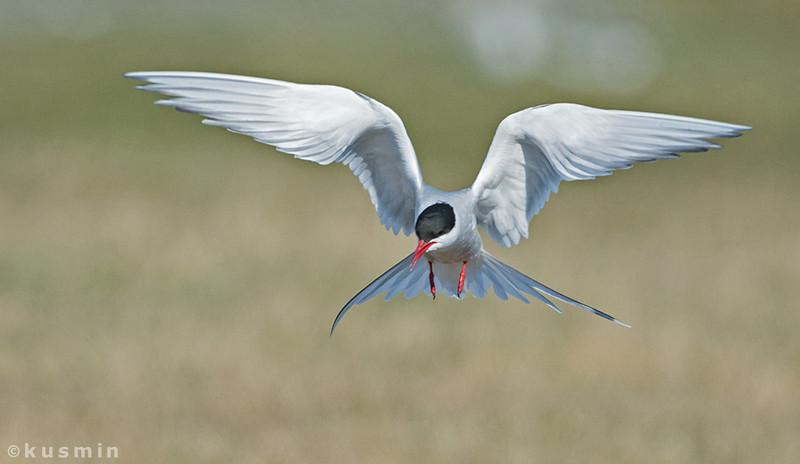 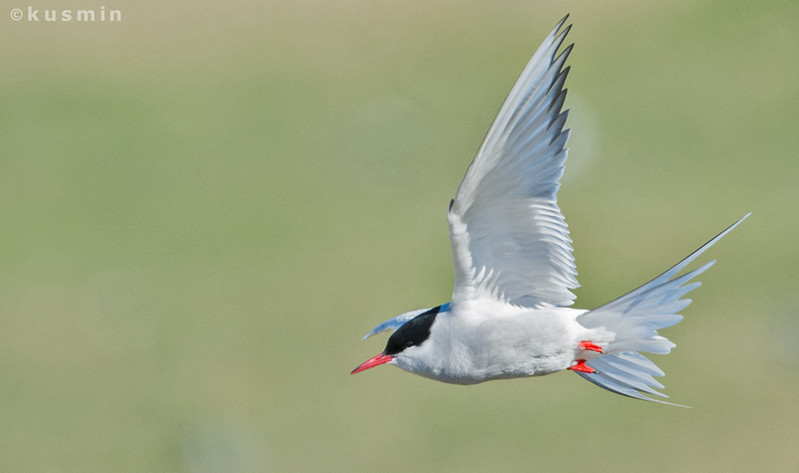 I was really excited when i spotted some geese and realized they were Barnacle geese, a new species for us 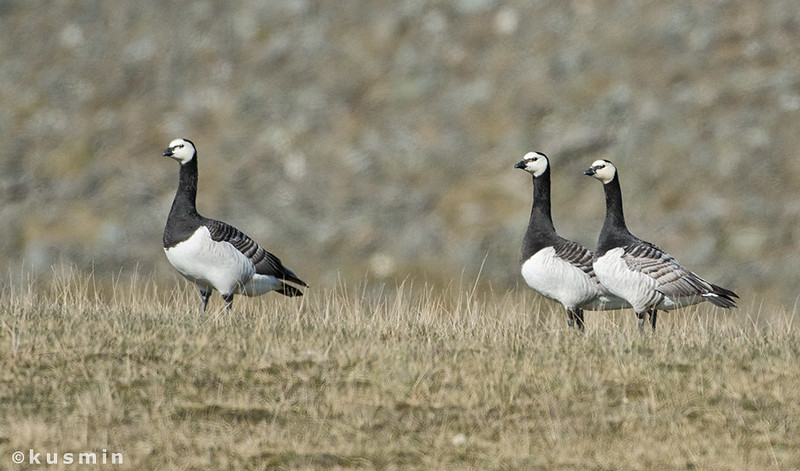 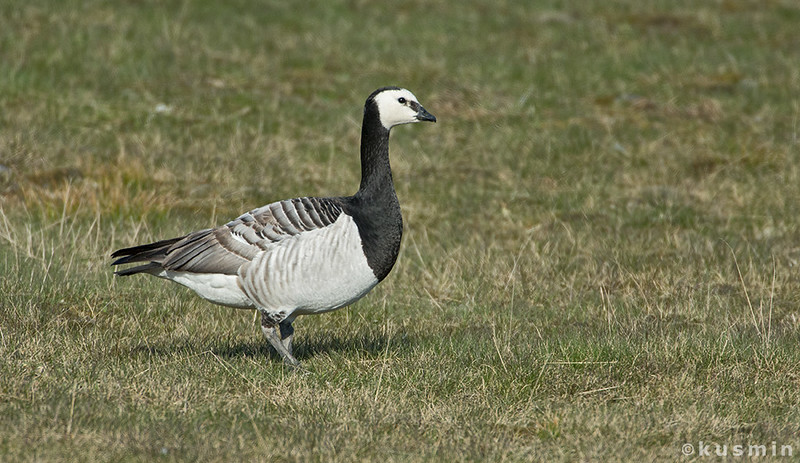 As well, we spotted more Snow buntings on the grass near the tern colony. 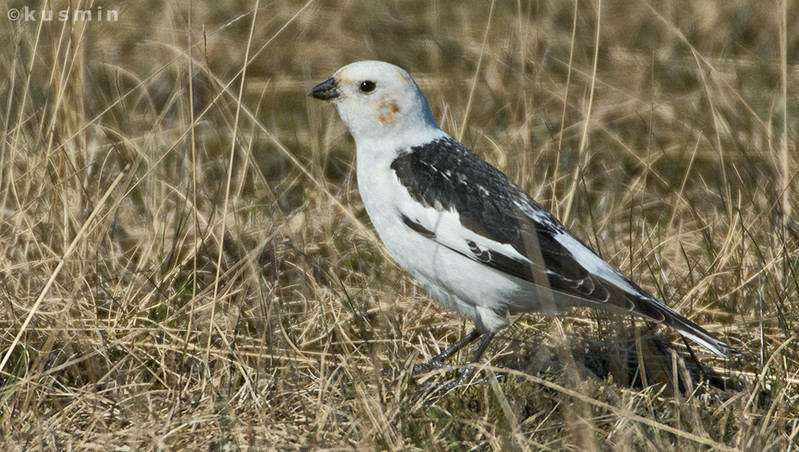 We continued south and eventually stopped for the night in Vik, and found a campsite that was free since it was undergoing renovations but the toilet worked and that was good enough for us.
We had made good time since leaving the north and since we hadn't gotten shots of the guillemots at Latrabjarg bird cliffs due to weather i decided to book us on a ferry to the Vestmannaeyjar islands and Heimaey in particular, this was supposed to be puffin heaven and the largest concentration of the birds in Iceland, guillemots were also readily available
The next morning we were off and enjoyed the rocky coastline stopping every now and then a viewpoints to scan the waters, saw Harlequin ducks off shore at one location.
When we arrived at the ferry terminal we realized that we were in the middle of a crazy wind storm, the van was shaking as we drove and looking out at the ocean realized that the waters were choppy and i wondered about the ferry and whether heading out to a small flat island in this weather was such a good idea, the people at the ferry terminal said that the ferry would likely re-route due to weather and what was a half hour trip across would become a 3 hour detour, if it even left the terminal.
I ended up cancelling our plans for the islands and decided to check out Sindri's bird hot spot map on the mainland instead that day, bummer about missing the puffins and guillemots but that birding in Iceland for you, often the weather dictates what you end up doing.
We realized that there were a number of locations along the way back south and since i really wanted to get some shots of Red-throated loon maybe we should check out the Floi nature preserve, a very flat area in an agricultural area with many farms. Floi had many small ponds and the loons were supposed to be quite reliable this time of year at that location. Now if only the winds would die down a bit, it was really quite crazy.

It was actually kind of tricky finding the location and when we arrived it was nothing more than a large expanse of open fields and a small wooden blind structure in the middle of nowhere. There was a vehicle there though and i noticed two bird photographers making their way off the fields, the wind was fierce and i asked them if they had seen Red-throated loons, they replied yes! Had they not been there i'm not sure i would have ventured into the fields since the loons were not visible from the parking lot, i thanked them and told them i hoped i didn't get blown away, i was going for it, wind be damned 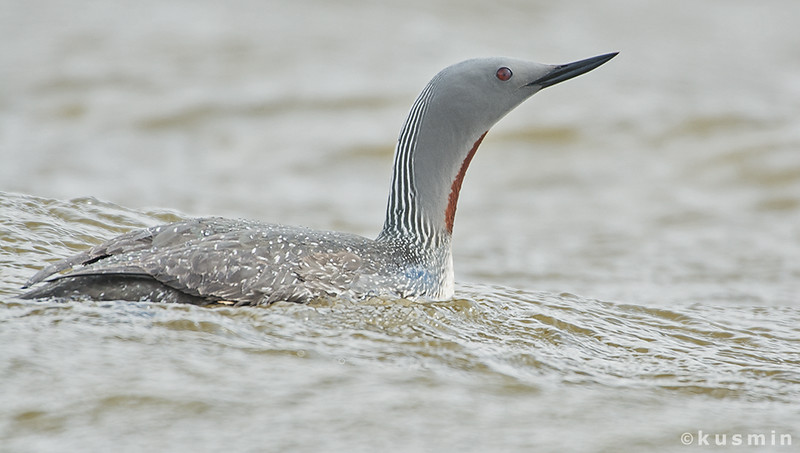 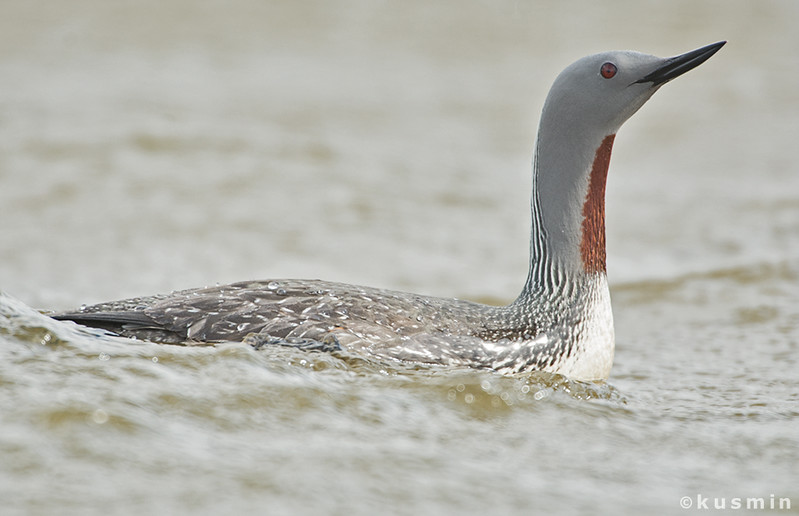 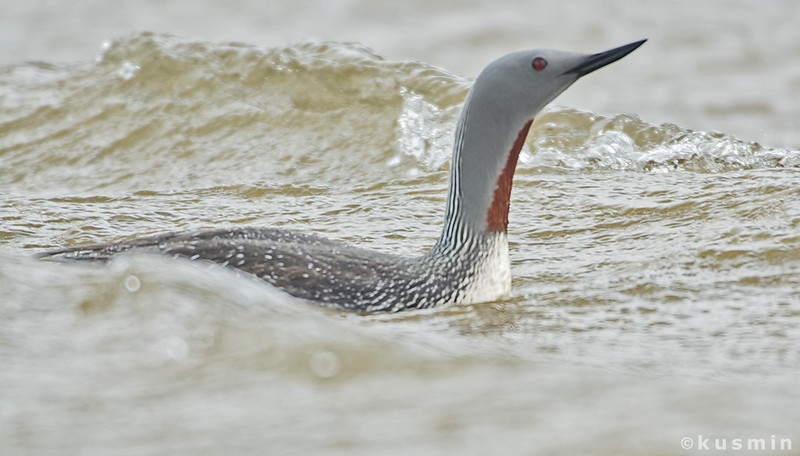 You can tell how windy it was from the waves i think, the birds weren't in open water or the ocean, this was a little pond in a field, it's just that there was no cover from the wind, i did the best i could but when my ears started hurting (even with a touque on) i called it a day. Api was smart and stayed in the van.

Later we checked out some touristy destinations and found a nice campground for the night with a hot pool for soaking in after a challenging day weather-wise.

The final push back to Reykjavik was upon us, we planned to just sight-see around the capital city our final day but before that there was one more day of birding to be had in the south.
Looking at the birding hot-spot map we noticed a couple of lighthouse destinations as well as a bird cliff so drove around to check a couple of them out.

The bird cliffs were great for getting flight shots, i made sure i didn't get too close to the edge though. 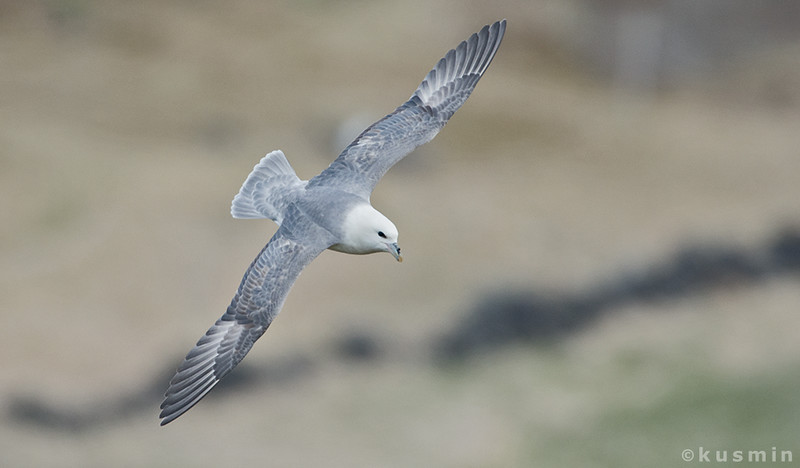 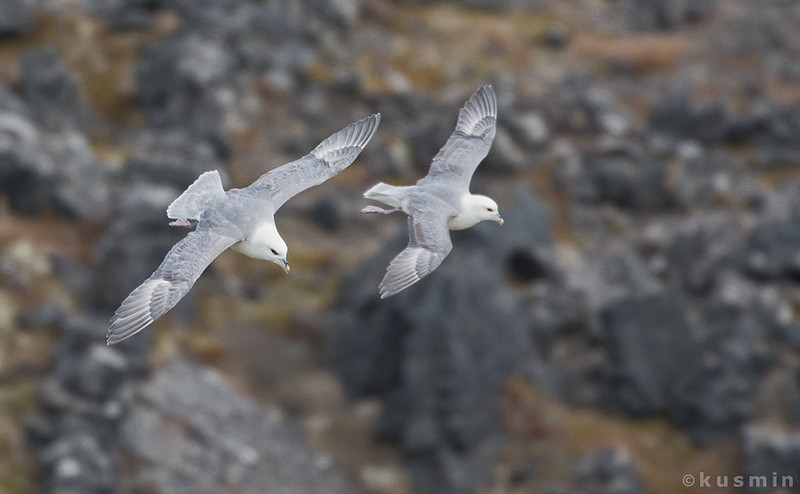 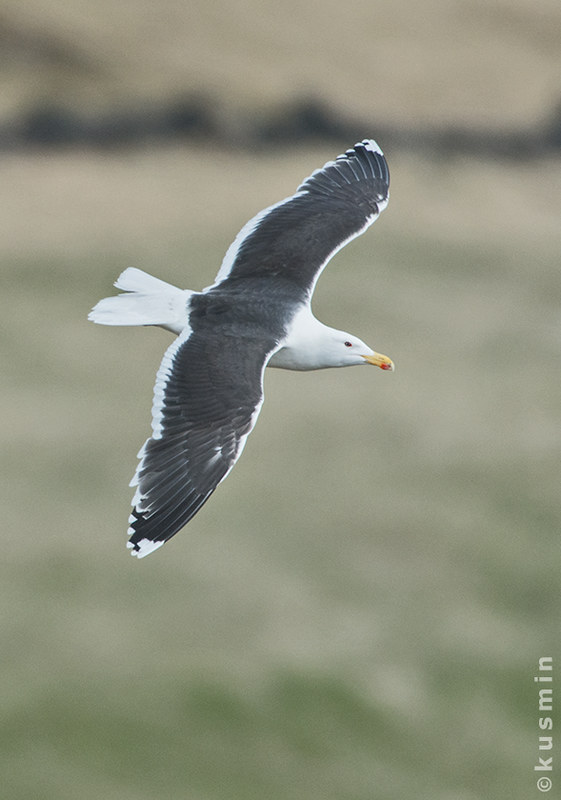 The bird cliffs had a big statue of a Auk and i found out that a rock waay off shore held a large colony of Northern Gannets and was also famous for being one of the last spots Great Auk was found before becoming extinct.

The lighthouses near the airport were a blast and a real treat for gull-lovers.
The weather was pretty good and the birds were quite active. 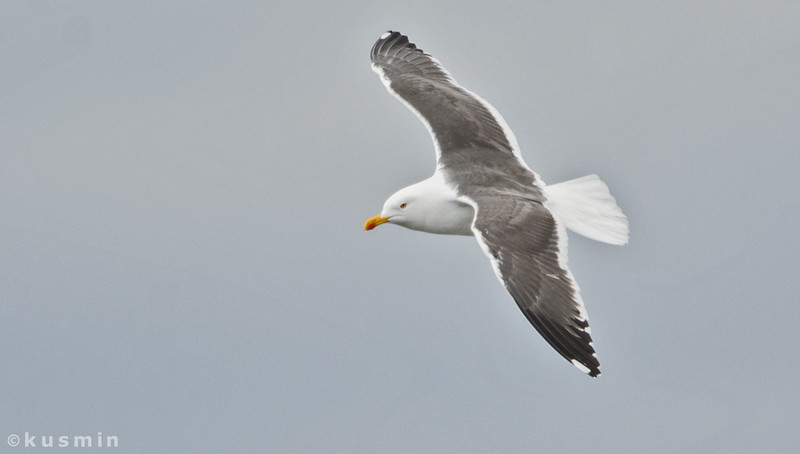 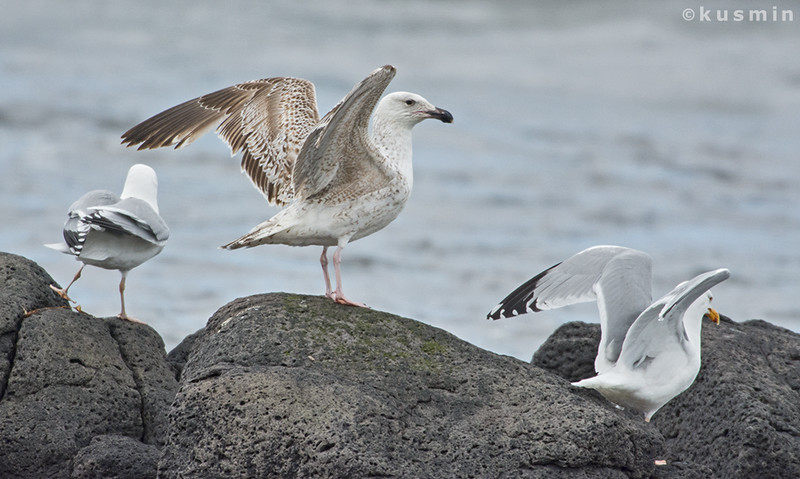 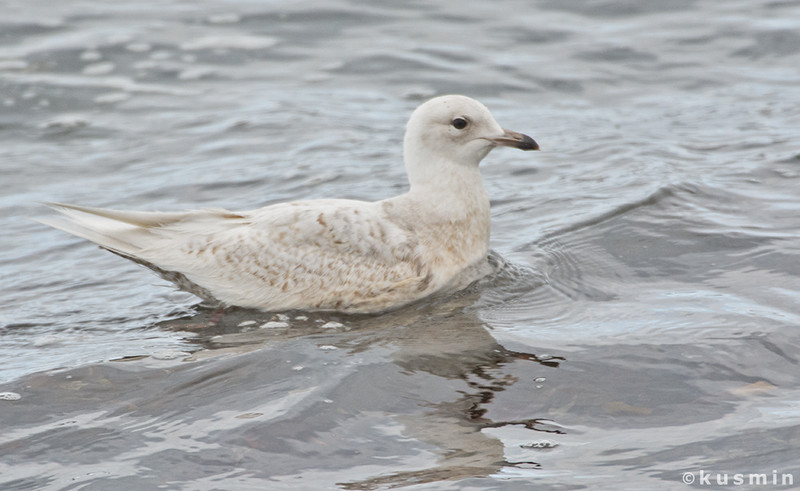 Iceland Gull doesn't nest in Iceland and is more common in winter so it was pretty cool to see a few on our last birding day.

Best of all however was getting my best looks at a pair of Northern Wheatears on some rocks at one of the lighthouses, i really wanted to see this species after being a day too late when one showed up at the inner ponds at Iona a few years ago.
These birds were very good at playing hide and seek. 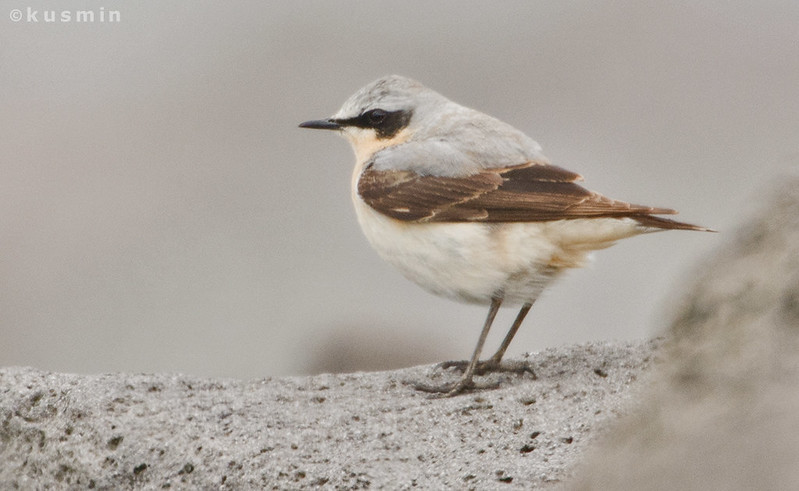 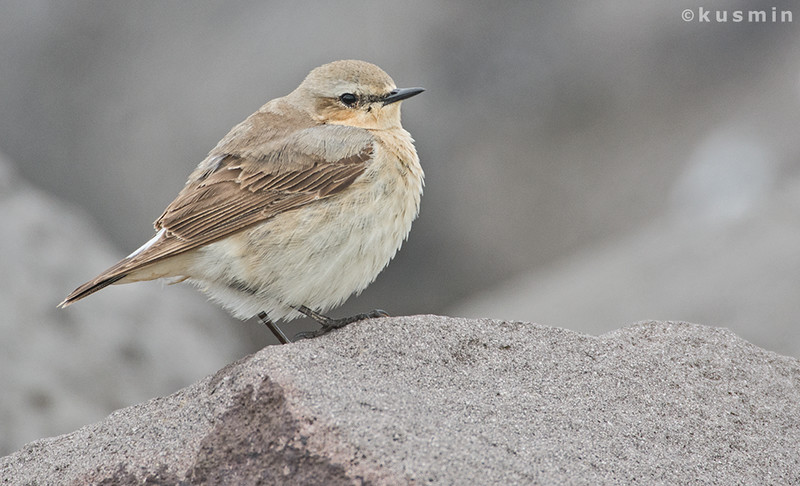 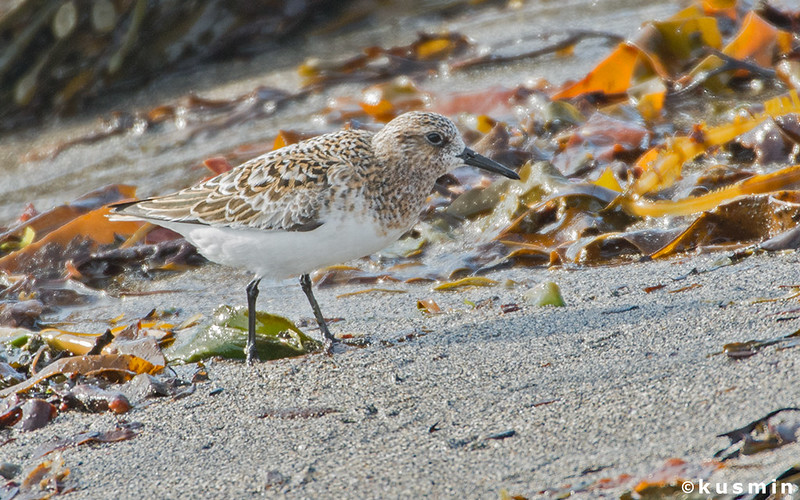 Not a great shot of a Sanderling but kind of neat to see in breeding plumage for a change.

Finally, Common Eiders were seen all over during our trip, on the coastlines but kind of hard to get close shots of since they were always off the road and you couldn't stop etc.
Getting some close looks at these neat ducks was a nice way to wrap it all up bird-wise. 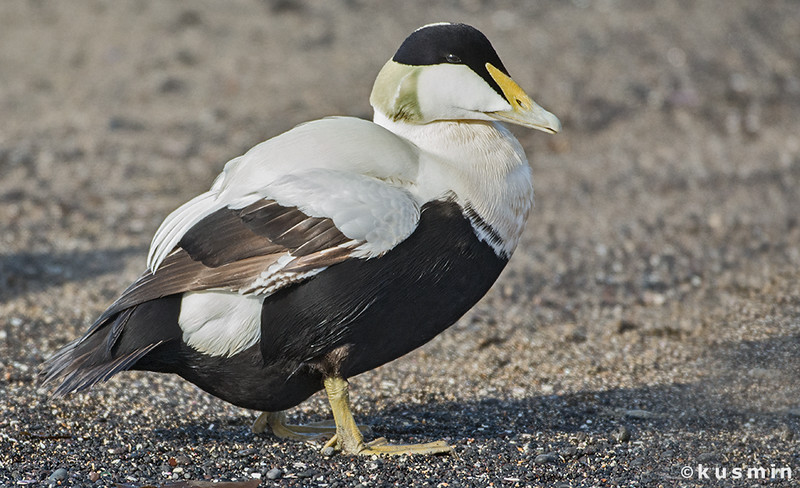 Thanks for reading the report and maybe some of you are now interested in Iceland as a birding destination. We drove over 2000 km around the island and there was always something to photograph, landscape shooters would really enjoy the trip i think.
It's expensive compared to Central America but not too expensive provided you are willing to rough it a bit by camping and eating gas station hot dogs every now and then

See you in the field