On our final day at Cerro Lodge we met up with Jorge Chinchilla, a Costa Rican bird photog i know through forums and who we would be shooting with today and later for 3 days together at another lodge.
First time meetings are always fun but we both share the same passion and everything went smoothly, he brought along another birder Mckoy, who lived in the area and knew Carara National park like the back of his hand, we were in good shape guide-wise.

We began the morning at a trail near the entrance where we got our first taste of shooting in a very dark forest, since flash wasn't being used i upped the ISO's and cursed my D7100 for not having a remote shutter release other than wireless, i would just have to hold the lens steady and take lots of shots.

I had hoped to photograph Royal Flycatcher on this trail and Mckoy knew where they were located but we never got a look alas.

Orange-collared Manakin was a specialty here and the lek was soon located, i found it difficult due to a sudden shutter problem, an occasional "sticky" shutter (that's what it seemed like) that produced black shots, problematic when your cameras buffer can only handle 3 shots at a time like the D7100 does. A lot of black shots actually and it had me a bit worried for the rest of the trip. I could always switch to the D300s but i prefer the quality of the D7100 shot, and it handles higher ISO numbers better as well so i hoped for the best. 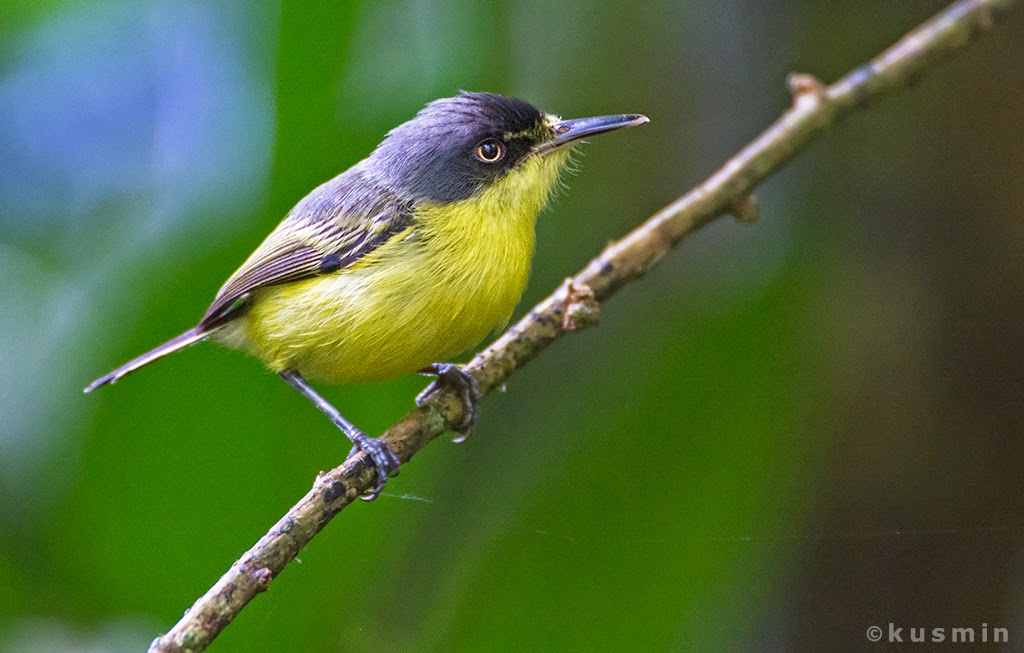 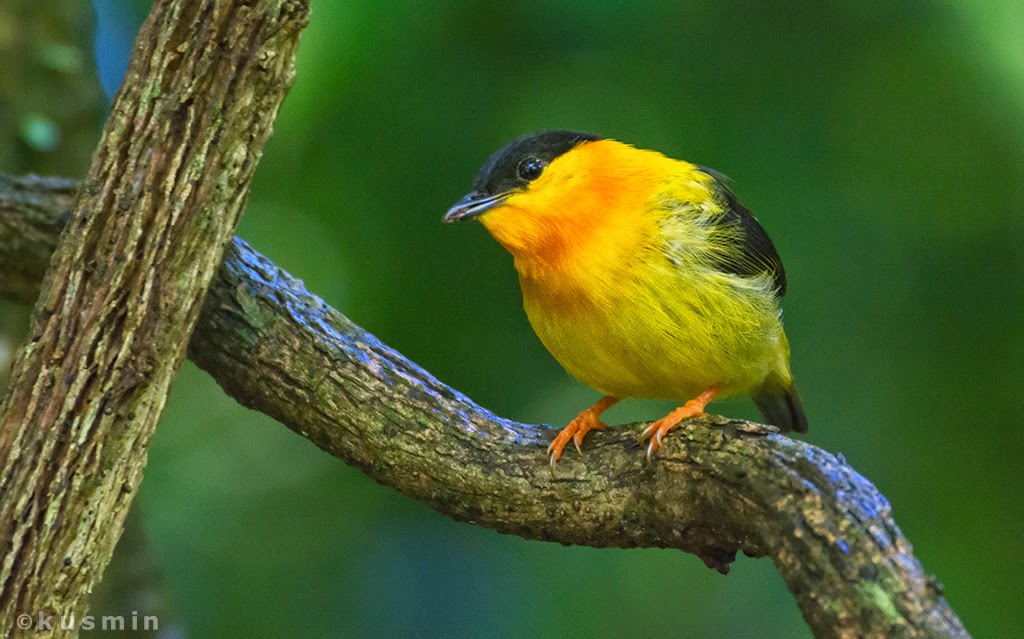 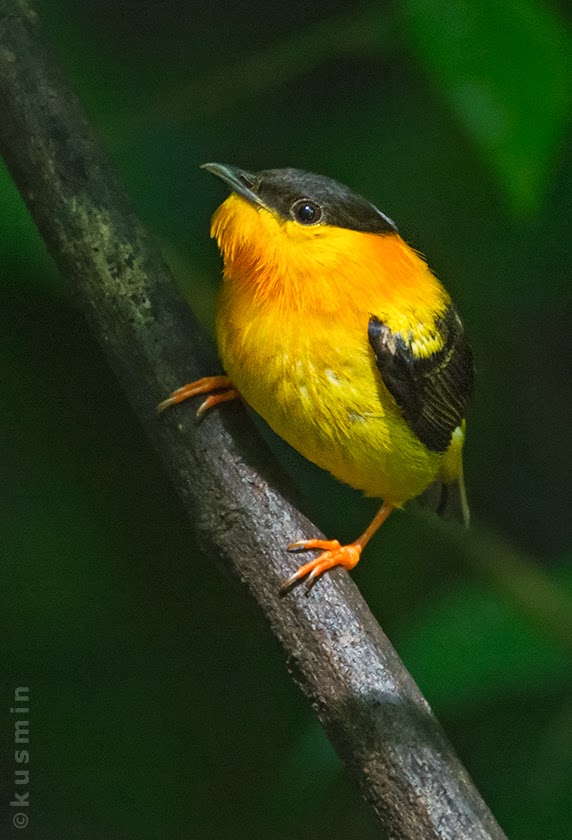 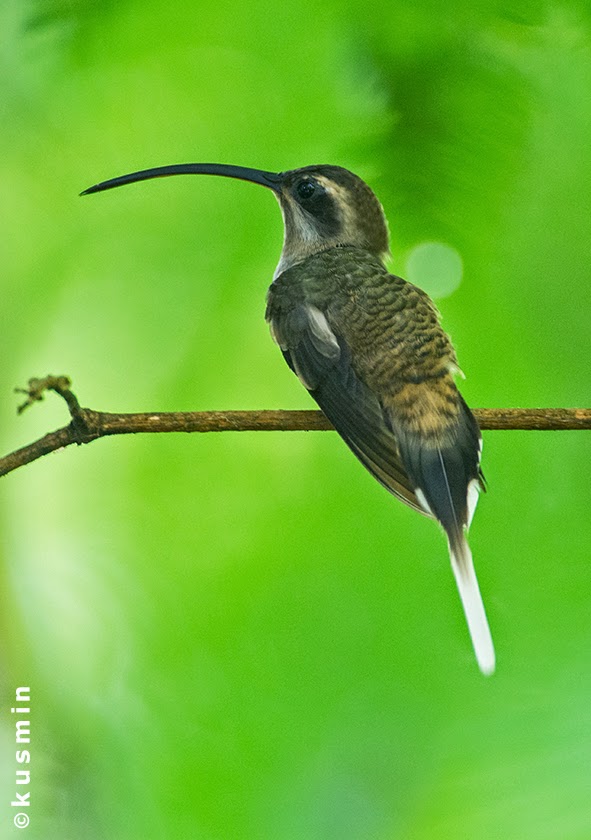 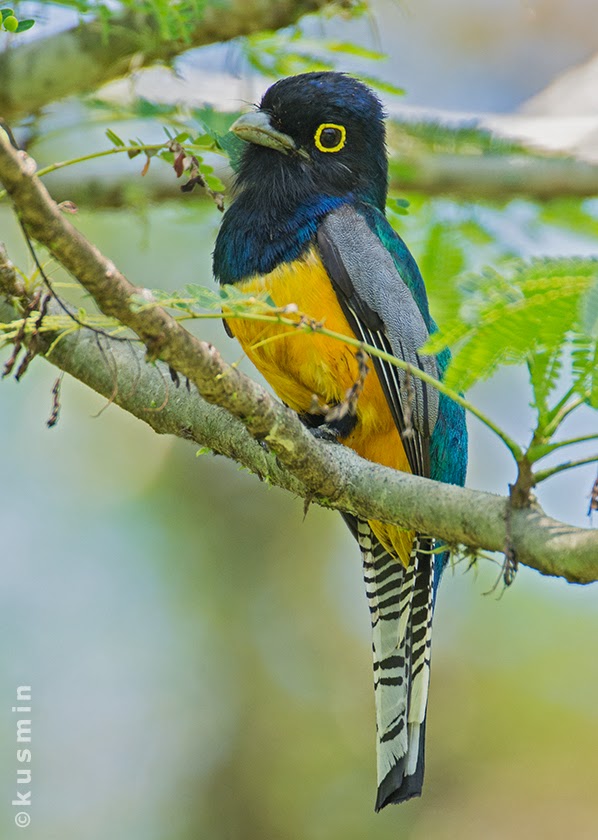 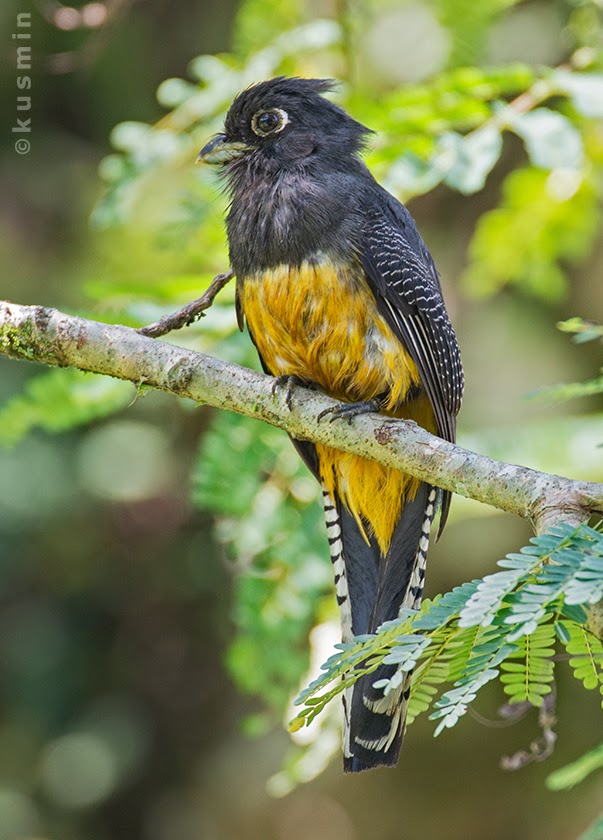 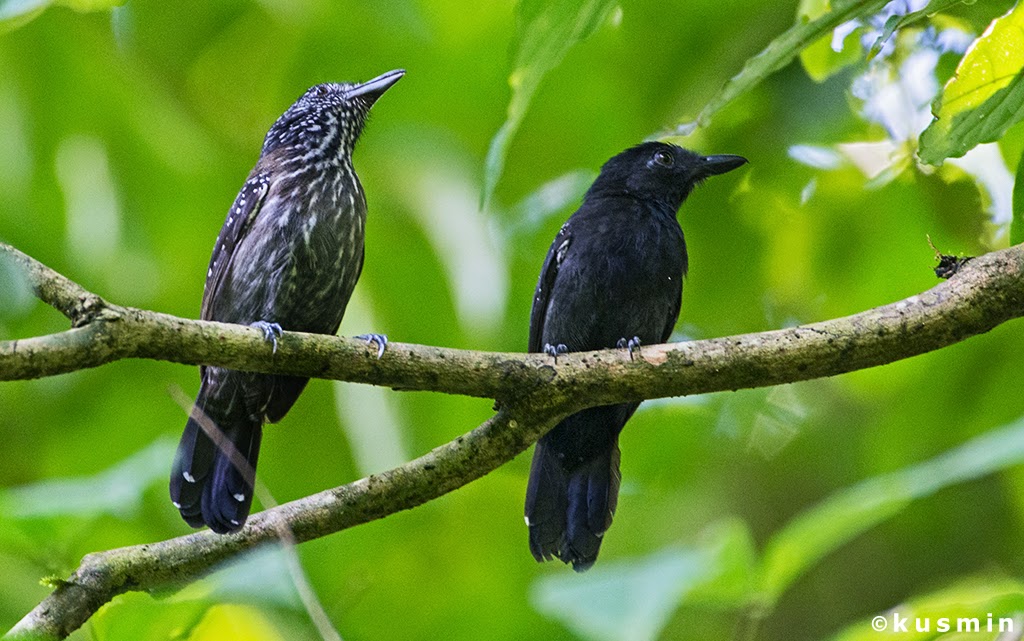 The thing about shooting in the forest was, it was hot, and humid, i sweat like a wet sponge and wearing glasses in those conditions is challenging sometimes, we were actually in the forest for 10 hours when all was said and done and i was spent physically after 6  :lol: Jorge and Mckoy didn't even sweat although after carrying his 800mm Canon lens around all day Jorge admitted that he was tired too.
We shot a lot of hard to shoot forest species i'm sure i would not even have seen had we gone in without a guide. 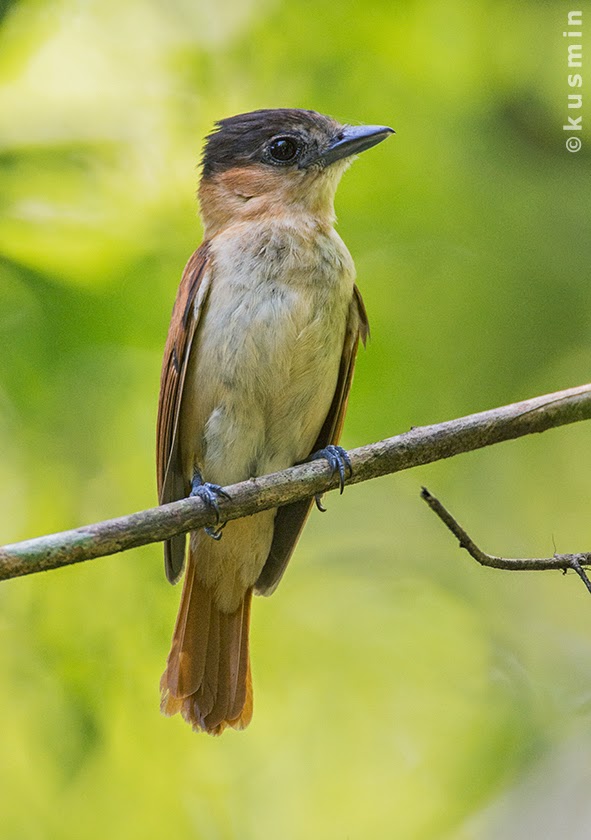 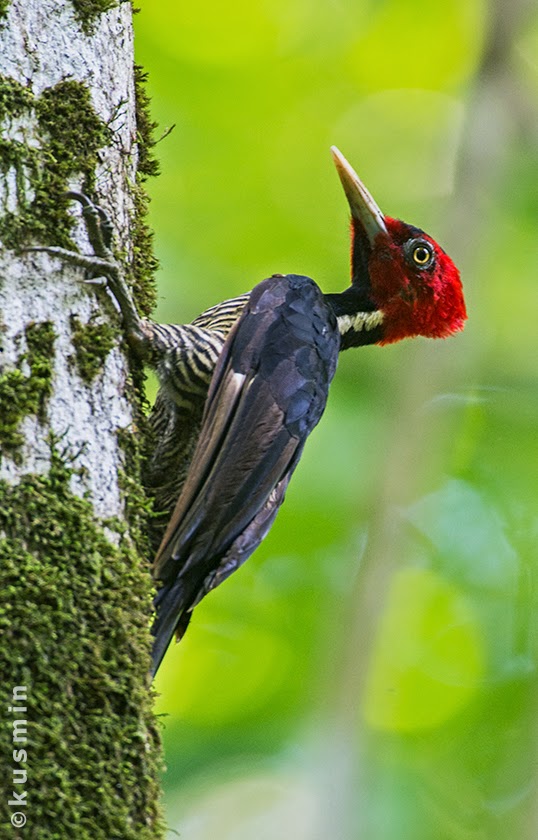 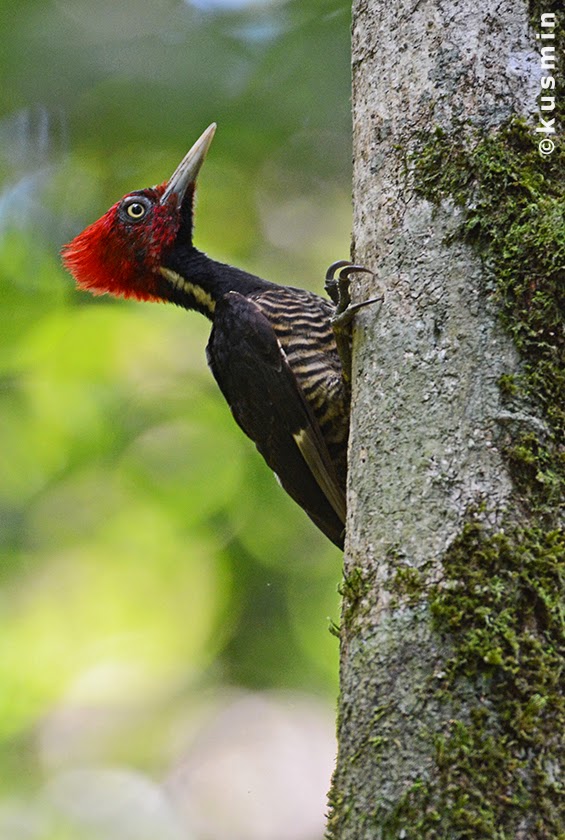 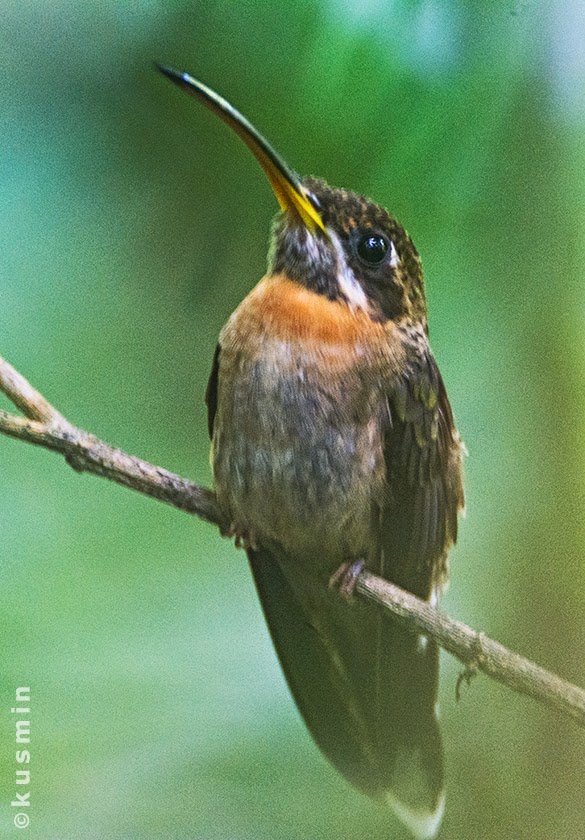 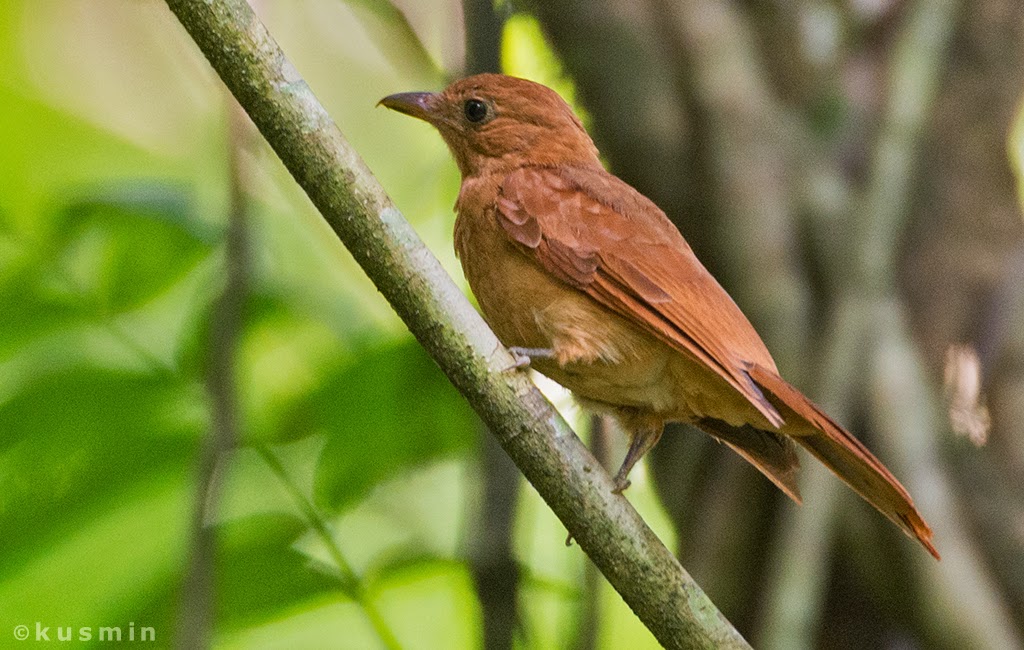 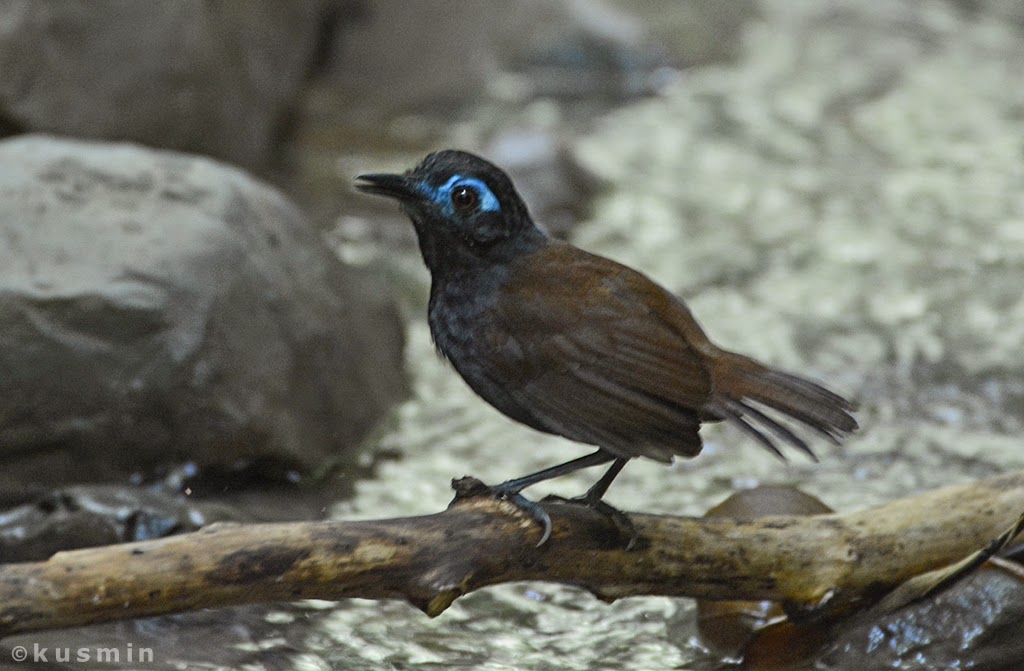 Chestnut-backed Antbird
(wish i had tried harder to get a better shot of this guy, i remember being quite exhausted at the time) 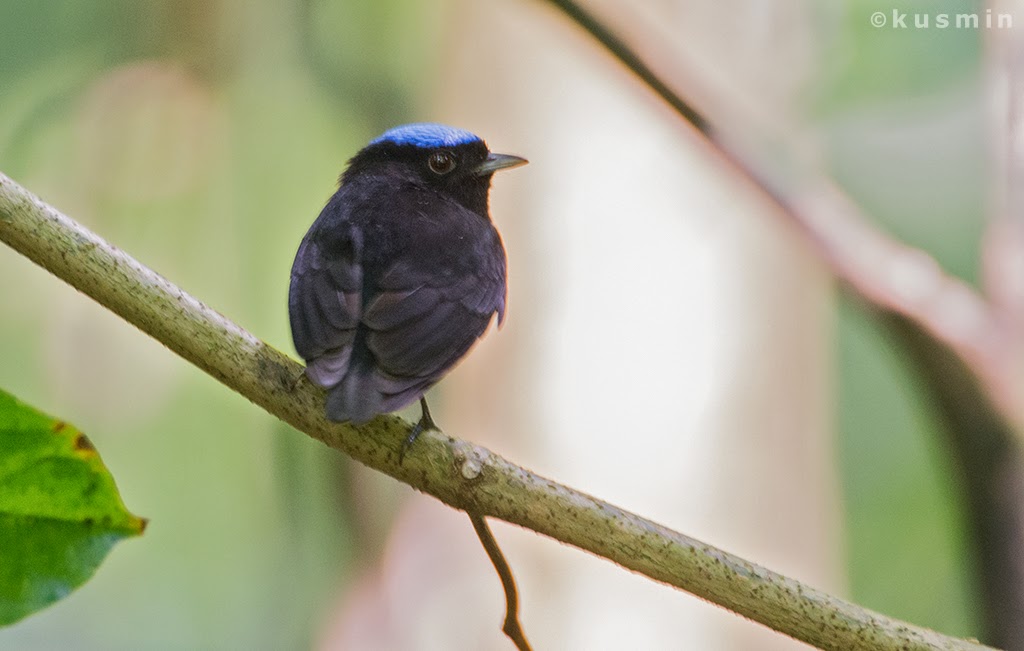 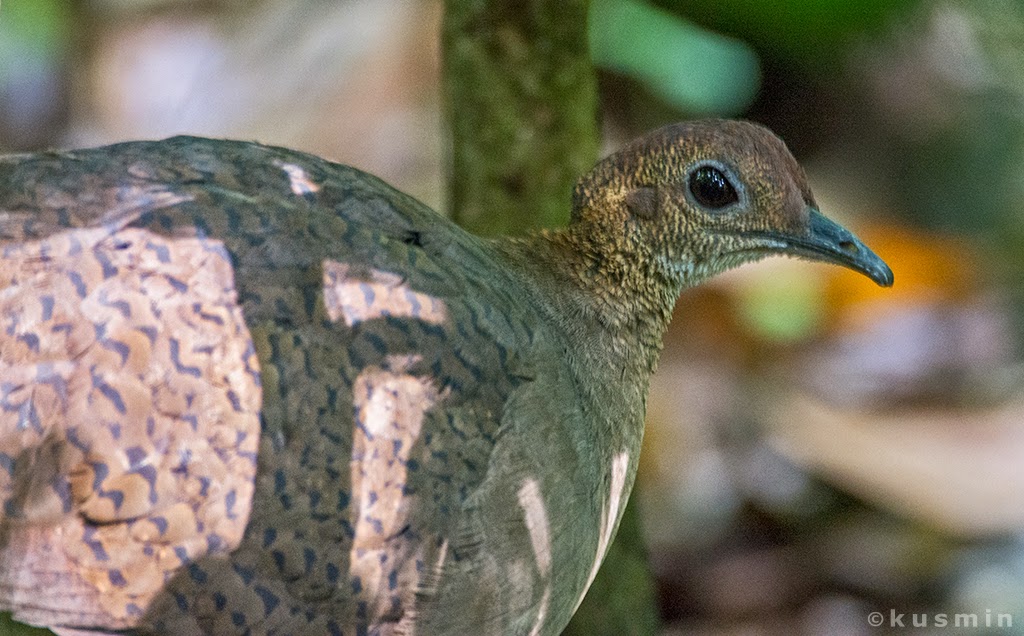 Great Tinamou
(too close for the 500mm) 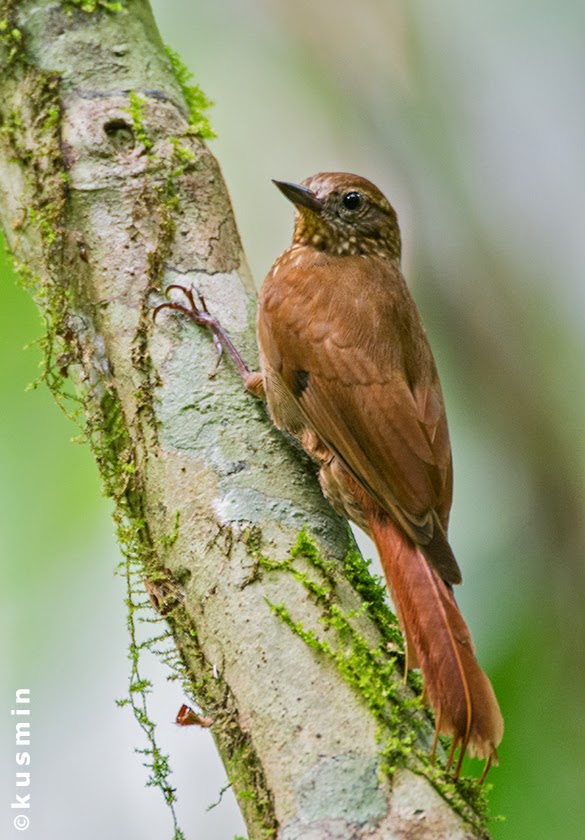 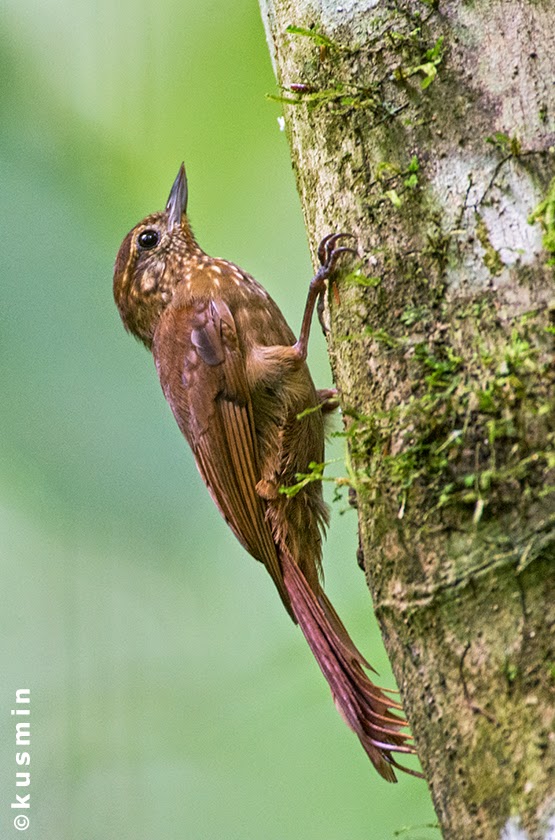 When we finally made it out we were the last car in the parking lot, a park warden was waiting for us so he could lock the gates, bad timing then that my first toucan (other than a distant look in Trinidad years ago) popped into view right then and there.
I mustered all my energy and went to get some shots while the warden protested in spanish.
This toucan was elusive and never got out into the open, i did get a shot though, finally (these birds were a big target bird for me this trip)  :D
Only time we saw this species by the way. 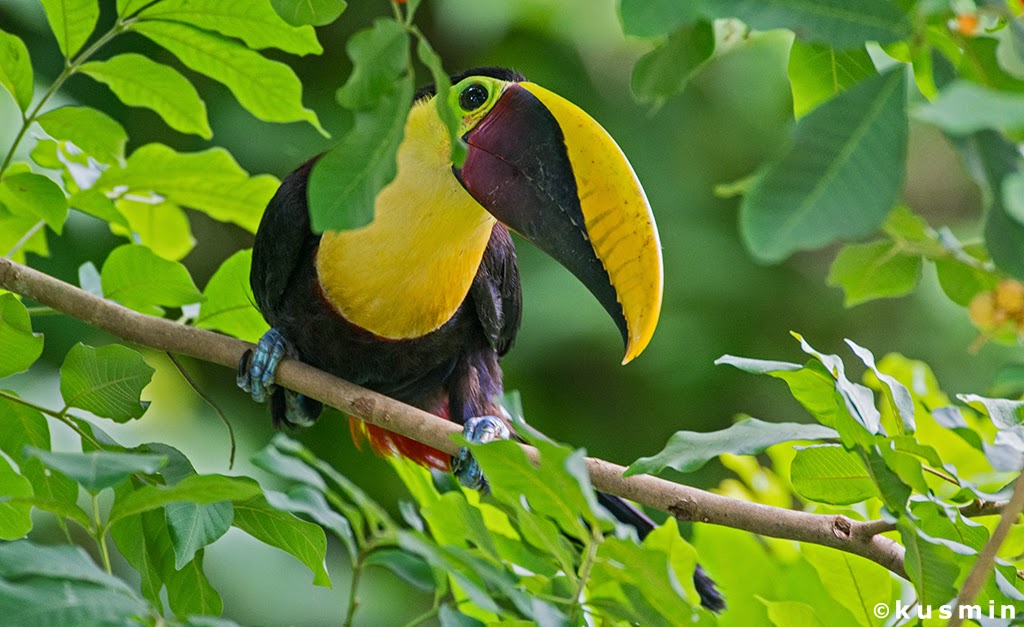 Later, on a tip from another Costa Rican bird photog i know we checked out a Scarlet Macaw site in Tarcoles village, the location is what i would consider unsafe and we drew a lot of attention the short time we had our lenses out, i was glad to be with Jorge and Mckoy and i think even they were aware that we shouldn't maybe linger too long. 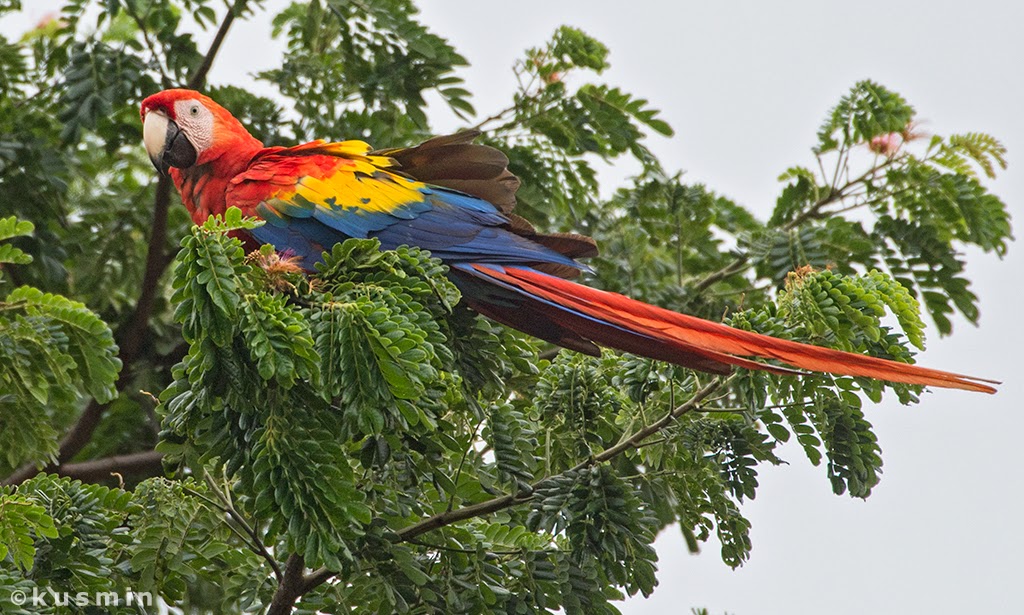 Last bird of the day for me was this Streaked Flycatcher at the macaw site. 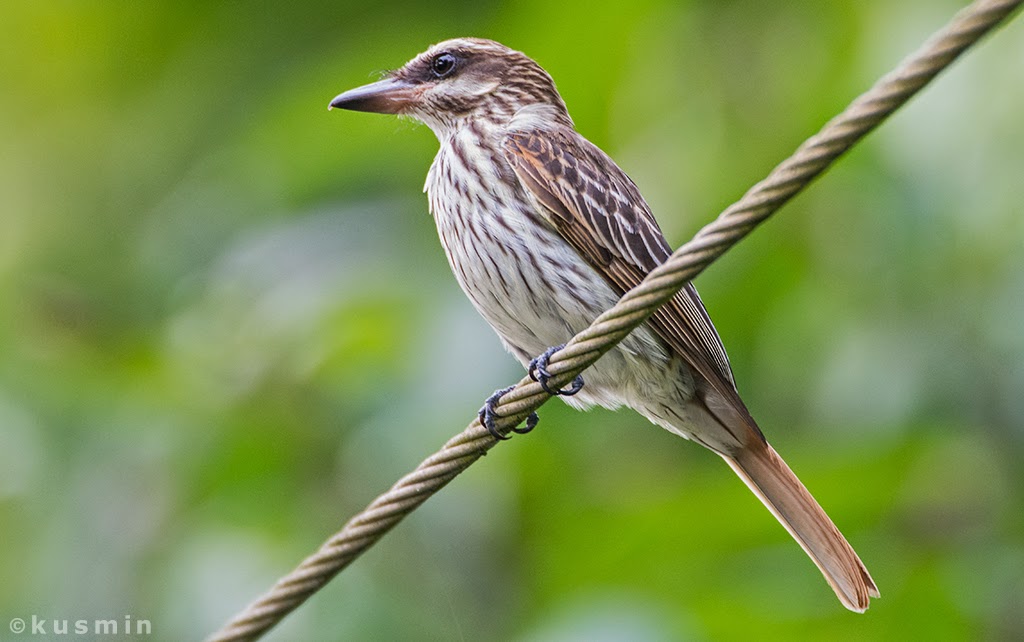 soon after this shot 3 young dudes came trotting out towards us and we decided to leave  :P

I had thought about renting a vehicle for the duration of the trip but decided in the end to give up some freedom for the security of knowing your driver knew where he was going and would get you there on time.
The bonus of using drivers (organized by the different lodges we visited) was that you got to talk a bit with them and most would open up and share other birding locations etc. or talk about their country.
A great ice-breaker was to ask about the World Cup and Costa Rica's chances, that got them going every time.
I mention drivers because Fredricco, the owner of Cerro Lodge drove us personally to our next destination, La Selva.

By the way, after Carara NP i took off the Nikon 1.4x teleconverter (that i never take off my camera) and didn't use it again for the rest of the trip, i never had another black shot after taking it off, coincidence? dirty contacts between body and tele?

To be continued..
Posted by Paul Kusmin at 4:22 PM