Friday i decided to put a full day into shooting and checked out various spots around B Bay, picked off some bald eagles around 104th, 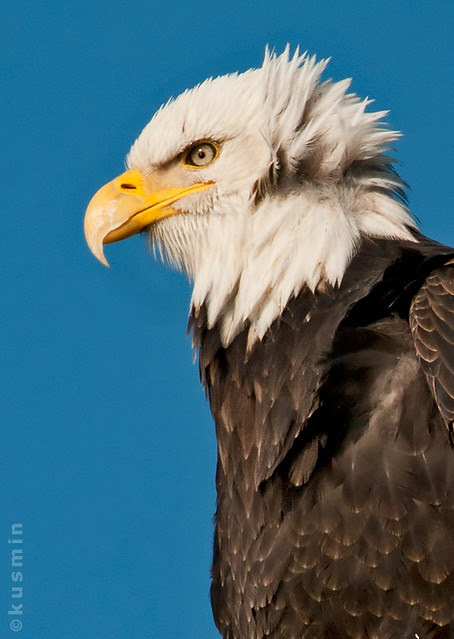 and later checked out the S-Eared owl corral at 72nd, briefly chatted with a fellow photog (who left before the action began) and then had an owl proceed to fly towards my standing position 5 minutes later, sweet.
The other guy who had been camped out on the far-side started moving in fast and i told him "don't flush my bird man", he wasn't listening but it didn't matter this time, bird hardly noticed.
The looks were pretty much the same as last time i was there and shot a few angles and then left. 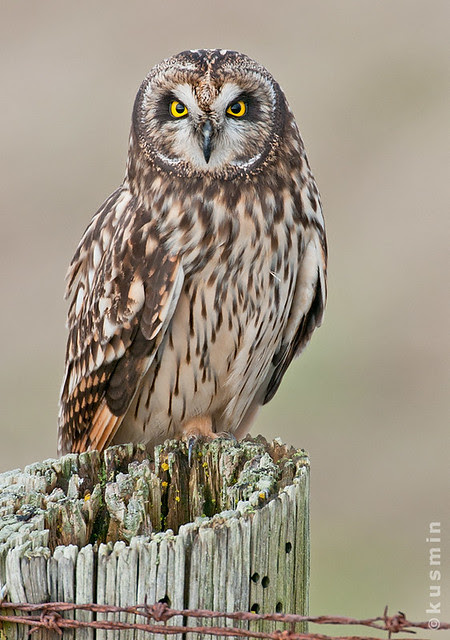 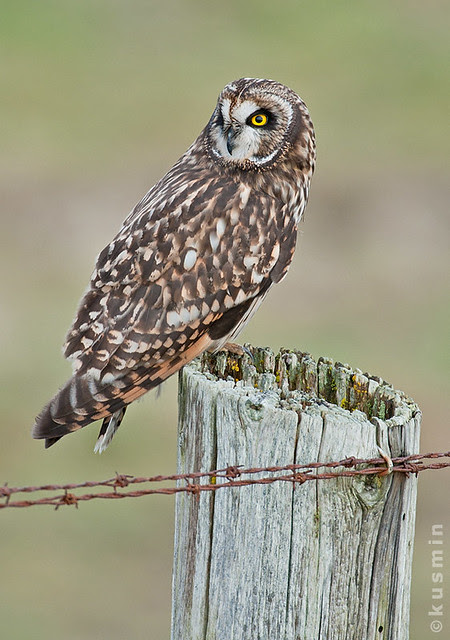 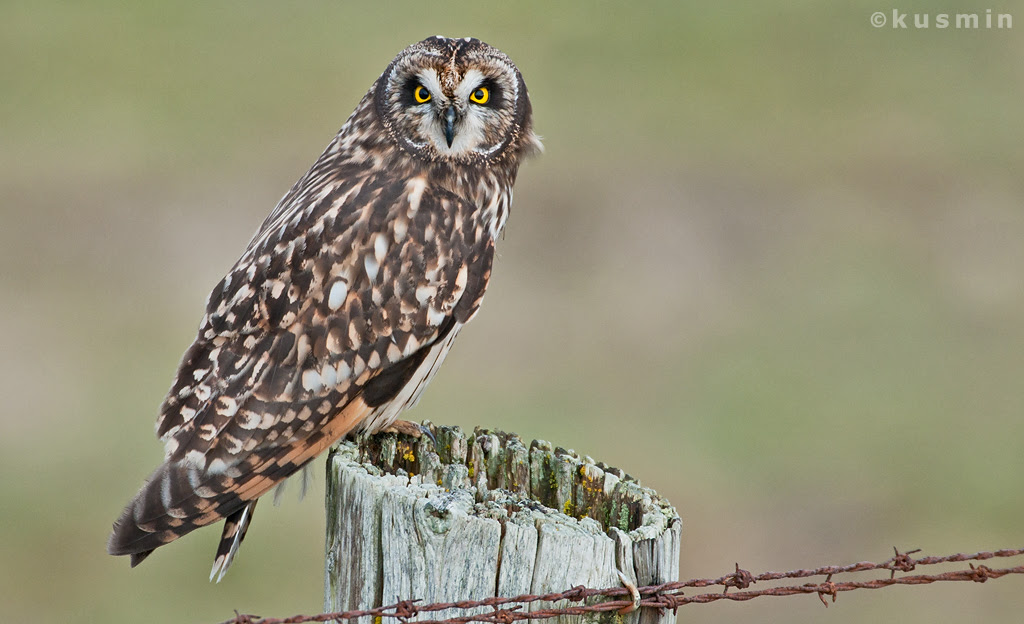 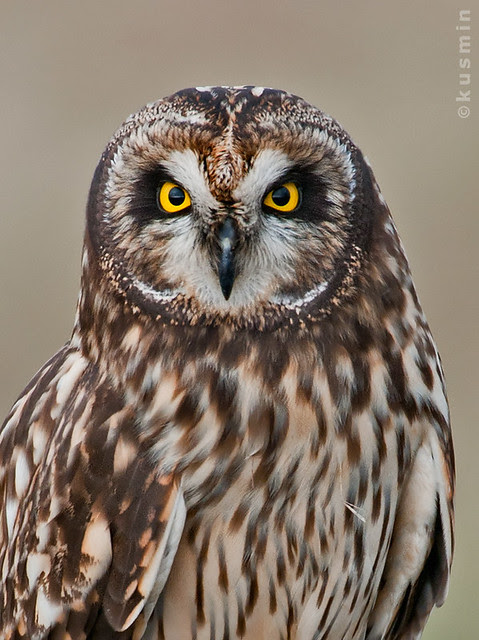 Later at Reifel i scored looks at a pair of great Horned owls, only one was visible for a shot and it was pretty much looking straight up at it. 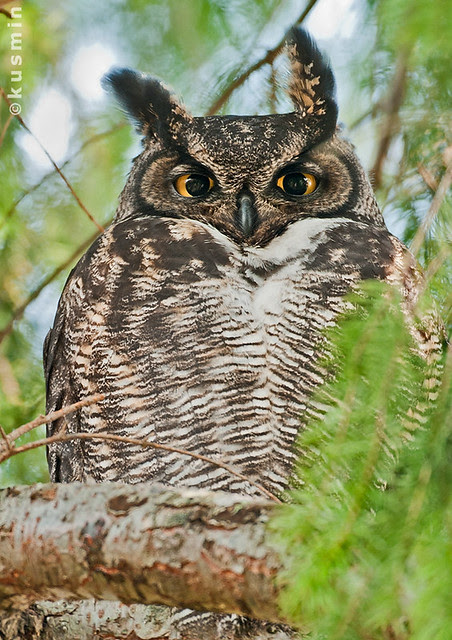 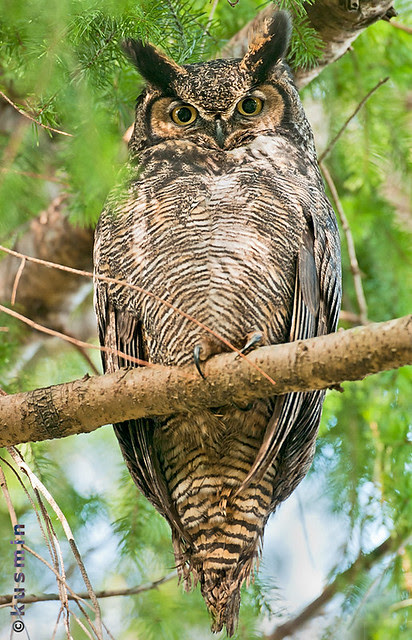 and then i finally got some shots of Northern Saw-whet owls i can call my own.
I have of course seen then numerous times over the years but to date, the only pics were taken by my wife waay back when.
So here is my obligatory Reifel Saw-whet, taken with tripod at ground level and yes, with my 500mm lens pointing up (i'm stubborn that way) 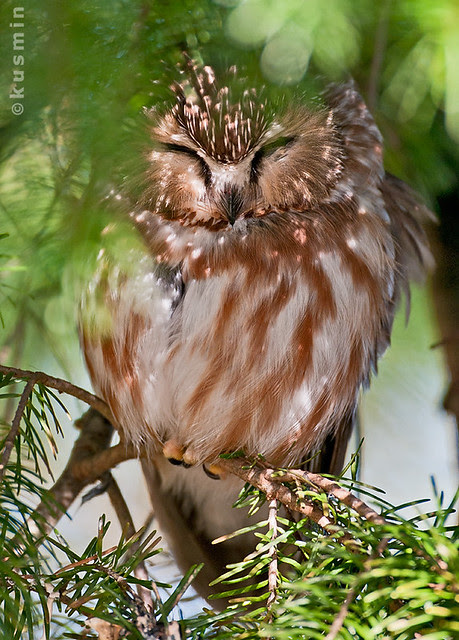 On the way back home i checked out Maplewood with the intention of working a Belted kingfisher if possible (not possible this time) and since it had been a long day already with a fair bit of driving i was ready to head back to the car, at the car i met another photog i recognize packing up his gear and i asked him how the shooting was, he then asked if i got the Saw-whet owl and i was like "huh?!"
I found some reserves of energy and walked off again down the path and finally spotted another photog with lens pointed at tree, bingo.

A bit of a wait and some catching up with yet another photog i know and eventually the little bundle of feathers turned it's head briefly, securing the shot i wanted and i knew the day was done, just after 4pm 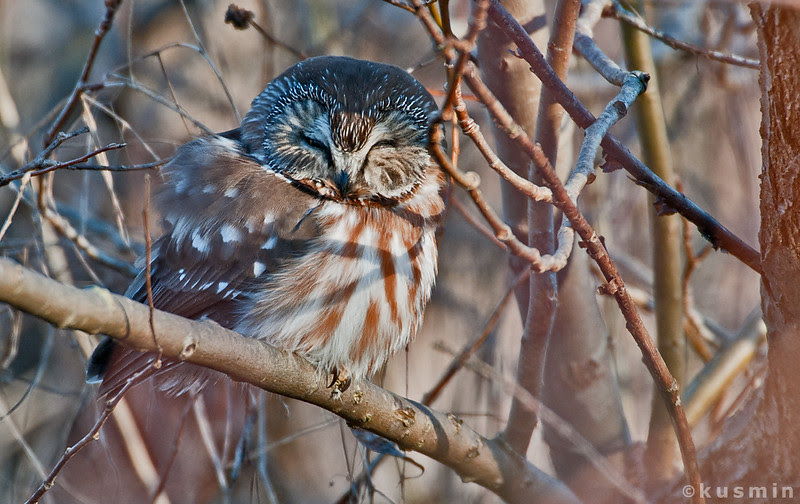 I heard about this mega-rarity last Sunday and was sore-pressed to beg time off work to twitch it, i needed the hours however and decided that i would gamble and wait until Friday, my day off work, i didn't want to rush over after work during the week and get maybe 40 minutes of light before the sun set, it wasn't worth the hassle (however had the bird flown before i got to see it i'd be a bit gutted i must admit LOL)

The morning started off rough, it took over a 1/2 hour in bumper-to-bumper commuter traffic just to make the Second Narrows bridge from my home, a trip that usually takes little more than 5 minutes on a good day (and they want to build more condos in North Van?).
I was patient however and chanted meditative mantra's under my breath, well, not really, but i did listen to some slamming tunes that got me eventually to New Westminster.
I have a vague recollection of visiting Queen's Park from my childhood, maybe 12 years old, maybe 10, can't remember but i did know that i was back once more.
I didn't even have to drive all the way in as i spotted the dark shapes with scopes and tripods in the shadows and parked on the side of the road, right next to the action.
A quick sip of the dark coffee in my travel mug and i was off, into the dark woods and the gathering of like-minded souls within, all hoping for a glimpse of the elusive yet tantalizing Asian species that goes by the apt name Red-flanked Bluetail.

A first record ever for Canada!

There is no excuse for not seeing this if you live in the lower mainland, i knew birders were already migrating up from the US trying to find New Westminster on their maps.

It was originally classified as a thrush but i see it now listed as an old-world flycatcher in the latest edition of NatGeo Birds of NA.
This makes sense as it behaved very much like the flycatchers i have seen in Thailand.
There was a good-sized gathering of the birding tribe present of which i include photogs, since so many of us also like to document our sightings.
I've noticed some damned good birders pick up a camera lately so the lines are beginning to blur i think between birders and bird photographers, one day we will all be united as one, or not LOL.

In the 5 hours i spent on site the weather fluctuated between mild and downright cold, i was thankful for the lukewarm coffee i retrieved later in the morning as it added a jolt to the body and mind.

When i first arrived the bird was present, it wasn't long before i had squeezed off 4 or 5 shots, when i checked the images afterwards quickly i was shocked to see nothing but black images, what the f..., what was this cruel joke? the camera and lens were working fine the day before, i took the teleconverter off and again, black images, i was stumped and could do nothing more that extricate myself from the bird and action to figure out what was wrong.
When i realized the camera setting was on M and not A like i prefer everything was fine again and i rejoined the fray. 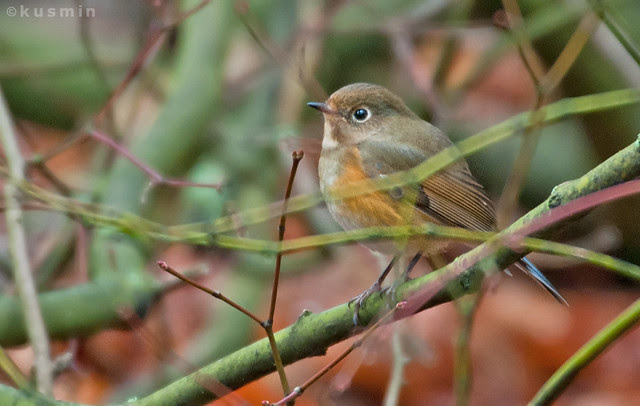 The bird never stuck around long, perhaps it was the crowd around it pushing it on or more likely a set routine or circuit that it performed around the park, i caught up with it when it came around.
If i was to do it again i would have cranked my ISO up past 800 for sure, i hate to do that with the D300 but i saw some shots by others that were quite stunning, granted they were using pro bodies with mega-high ISO's.
All i really wanted was some record shots better than the White-winged Crossbill shots i got at Burnaby lake recently, i think i succeeded in that regard at least LOL. 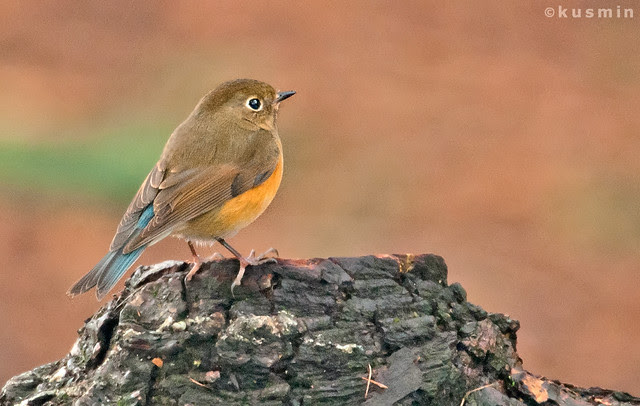 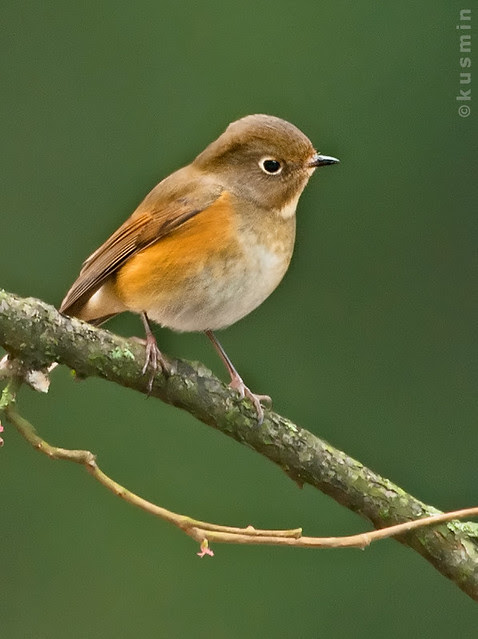 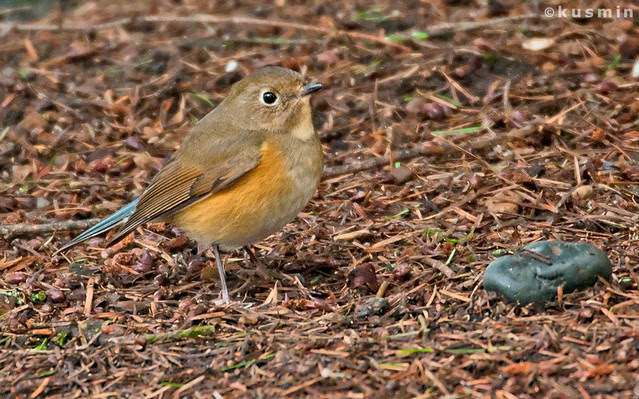 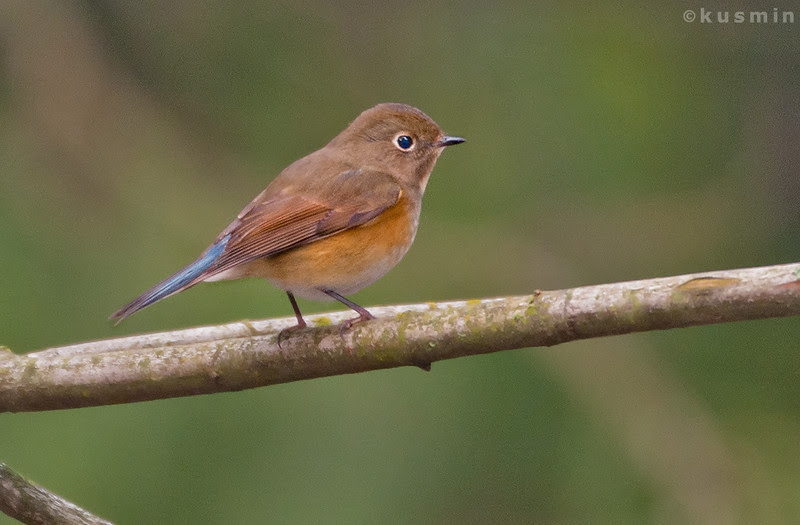 Met a lot of birders and photogs, some i see every time i go out and some for the first time as well.
Meeting Flickr contacts in person is always cool and i met a long-time contact finally, it's an honor when someone shakes your hand and tells you they love your work and read your stuff etc., i don't know what to say actually but it does inspire me.
Posted by Paul Kusmin at 5:26 PM 2 comments:

Had a hectic weekend planned, something to do with laying down a laminate floor in the master bedroom, in fact, i was to meet my buddy just after noon on a sunny beautiful Friday to begin the job, before that however a visit to Nikon Richmond (which was a good thing for a change), a quick scan of Queen Elizabeth park for the elusive Pine Grosbeaks, of which none were seen, no worries, it was off to West 17th ave in Vancouver (close to my old stomping grounds in my single years) and a back alley and a backyard feeder where a very rare Eurasian species by the name of Brambling was paying a visit, for just how long?
Who knows, i had a pretty good idea however that it was still around and the small group of birders i met confirmed that yup, it had just been seen 15 minutes ago, ace.
It was a bit of a wait however as i would find out so i entertained myself with the other local birds paying the feeders a visit. 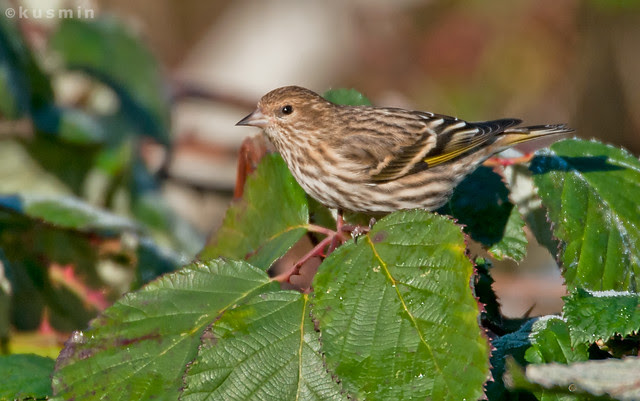 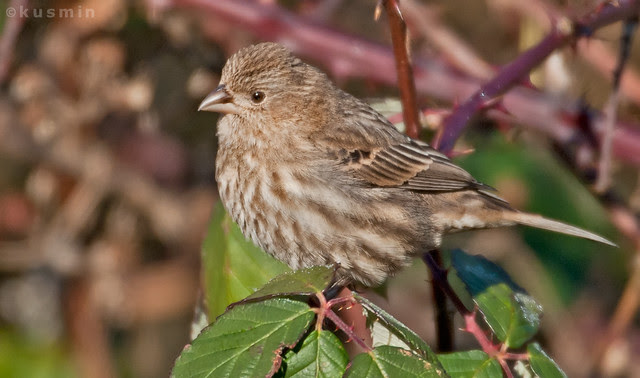 As well, i couldn't help but notice the half naked man looking out at the birders from a neighboring house at one point, i made sure my lens wasn't pointed in his direction LOL.

Finally, very close to the time i had to wrap things up to meet my buddy the splendid bird popped into view, the bright light was near noon and harsh shadows were in play but just getting a few shots off from a couple of angles before it flew off high into some distant trees was enough to make me raise my arms in victory afterwards and let out a big whoohoo. 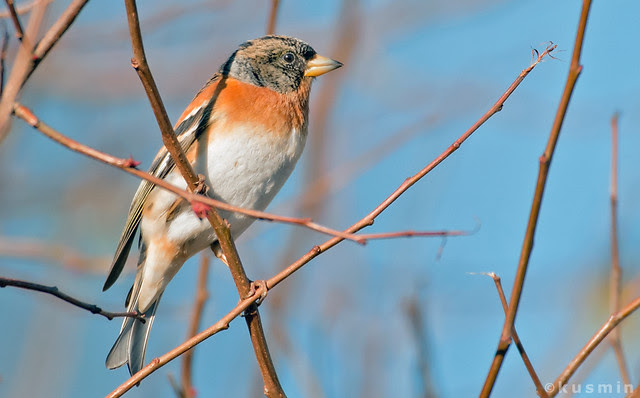 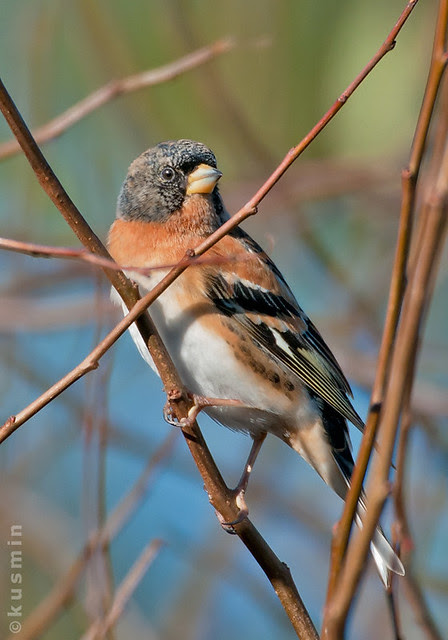 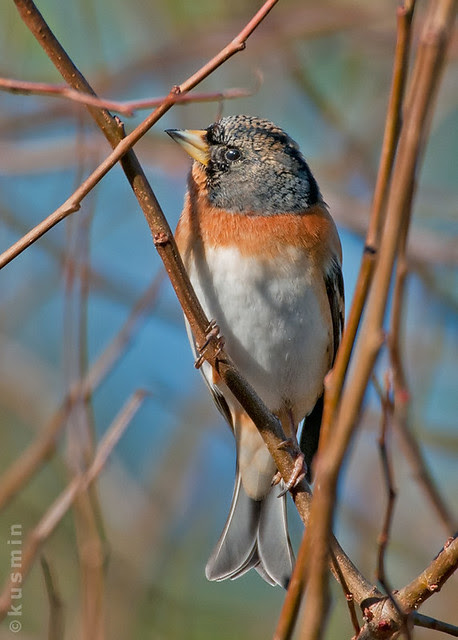 In all, i waited 1 1/2 hours for the bird to pop up but it was worth it, this bird doesn't show up every year - my field guide (NatGeo natch) says that it's "casual in fall and winter in Canada and northern US".
A Lifer for me regardless.

Posted by Paul Kusmin at 4:25 PM No comments:

Here are my top 3 shots of  2012, it was the toughest year for me so far i think, being without my lens for a combined total of 4 months in the last 12 put a dent in my totals, that and personal, financial, heck even health related reasons and in my mind sometimes it seems like a complete write-off but of course, when i look back there were those moments that stick out. 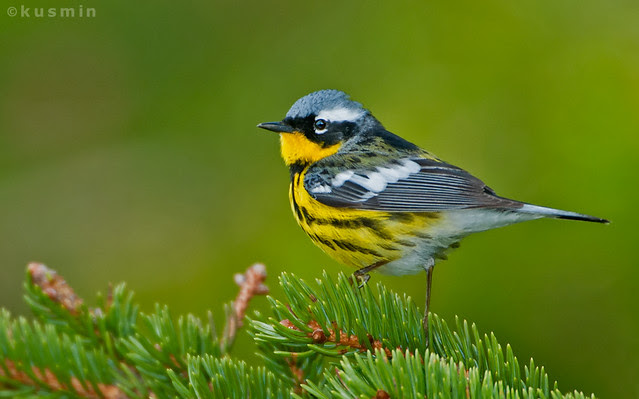 Magnolia Warbler - Prince George
from what still seems like a disaster of a spring road trip up north to Fort St John, one of the bright spots was a warbler i saw in Ohio last year but never got good looks at.
A stunner i think, warblers get me excited what can i say? 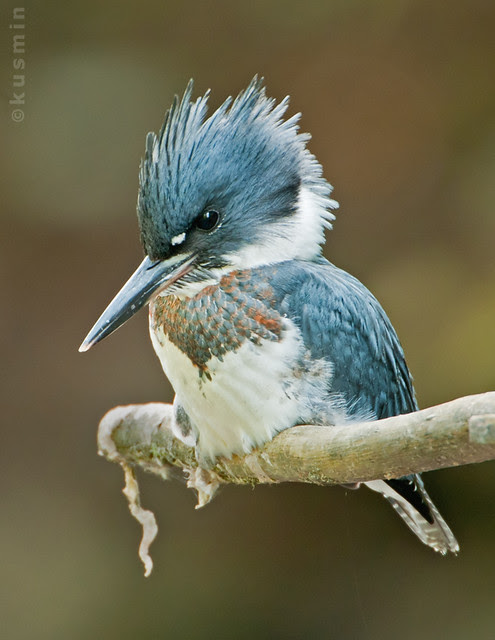 Belted Kingfisher - North Vancouver
I knew that a kingfisher or two frequented one of my local haunts and always figured that if i staked the spot out the potential was there for an intimate look.
One day it all worked out and i was rewarded after an hour plus wait. 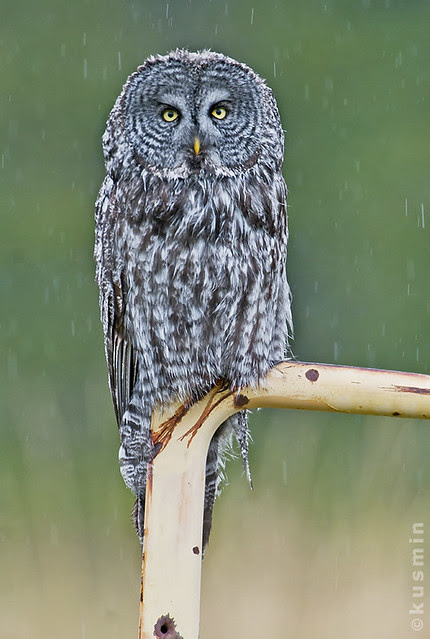 Great Grey Owl - Kamloops
Yeh, this was one of my big target birds this year, i've dipped on it a number of years in a row now but finally, it all came together towards the end of our Spring holiday and i think it's a unique rainy look at this king of the forest

Happy New Year to You All and i hope you all have an awesome year in 2013 birding and shooting, cheers!
Posted by Paul Kusmin at 4:41 PM No comments: