The World Cup and Birding Costa Rican style, two good things and we were in the middle of it  :)

Just got back from our 13 day trip late Thursday night and after spending the last 2 1/2 days days processing the initial shots and posting on Flickr, i'm ready for some rest  :lol:

Anyways, we had originally planned to visit Costa Rica in December 2008 if we weren't able to fly to Thailand (political unrest at the time), and bought a bird guide and Lonely Planet field guide in preparation and while we didn't get to go then (Thailand was eventually open for business again), the seed had been planted in my head, one day..

When Liron (Birder2000) took his first trip down last year i was amazed at the quality and variety he was able to come back home with, very impressive, so much so that i began formulating plans for our first trip down soon afterwards  :)

We arrived in San Jose just as the Costa Rican football (soccer) team was to play Uruguay in their first match. Traffic from the airport was a snarl with everyone in the city trying to get to a TV screen or home in time for kick-off. After a roundabout route and a snail's pace we arrived at Hotel Bougainvillea, the hotel it seemed that all birding groups booked their first and last nights with for some reason.
It was "close" to the airport but also kind of high-end but nice and comfortable, a large garden out back was the main attraction but first we would watch the Tico's (Costa Ricans) play.
What a game! and to hear outside our window the effect it had on the city was pretty special, the goals were heard and celebrated around the country no doubt, and we were cheering for the right team too, Costa Rica Win! 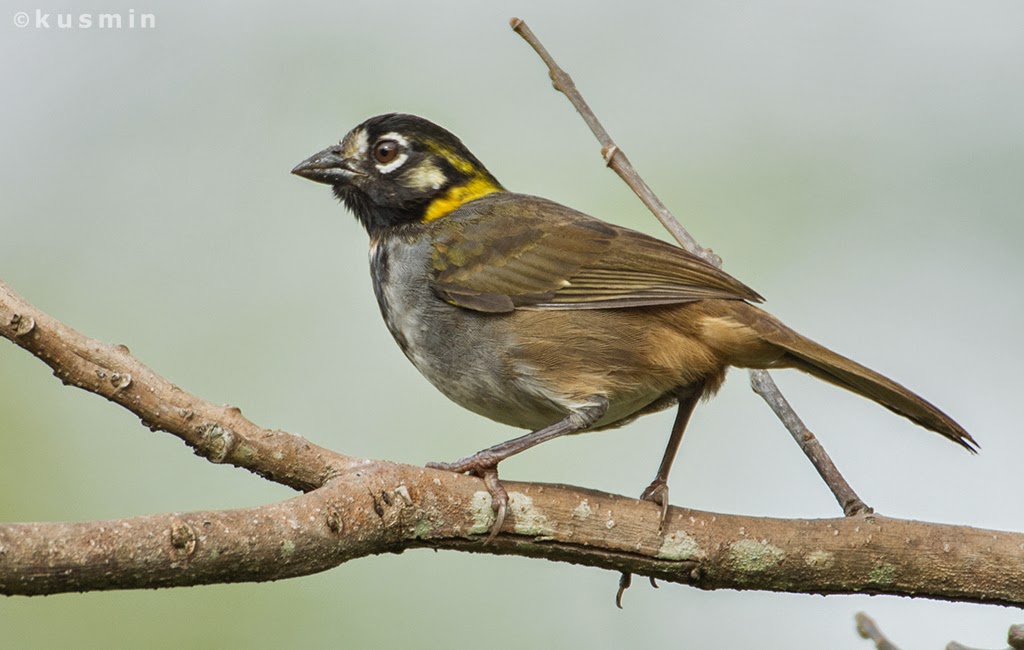 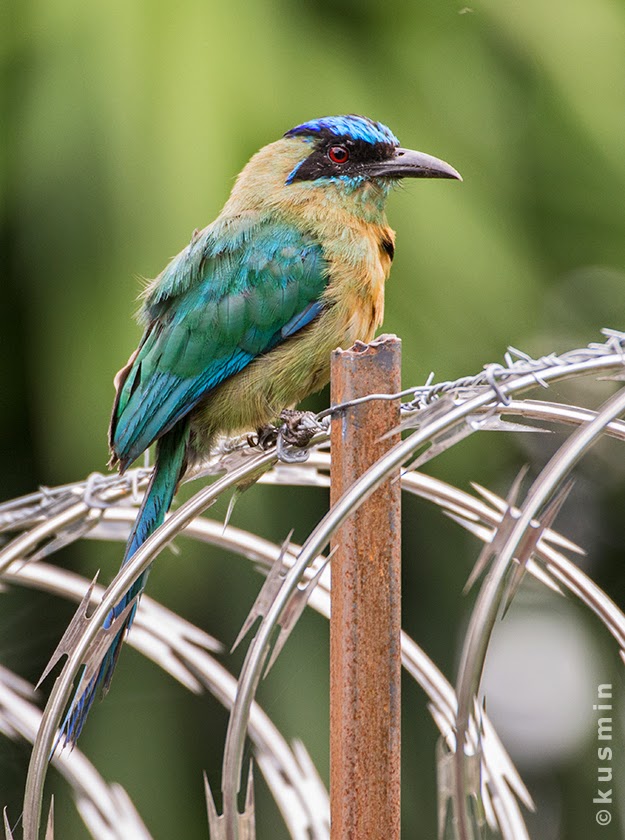 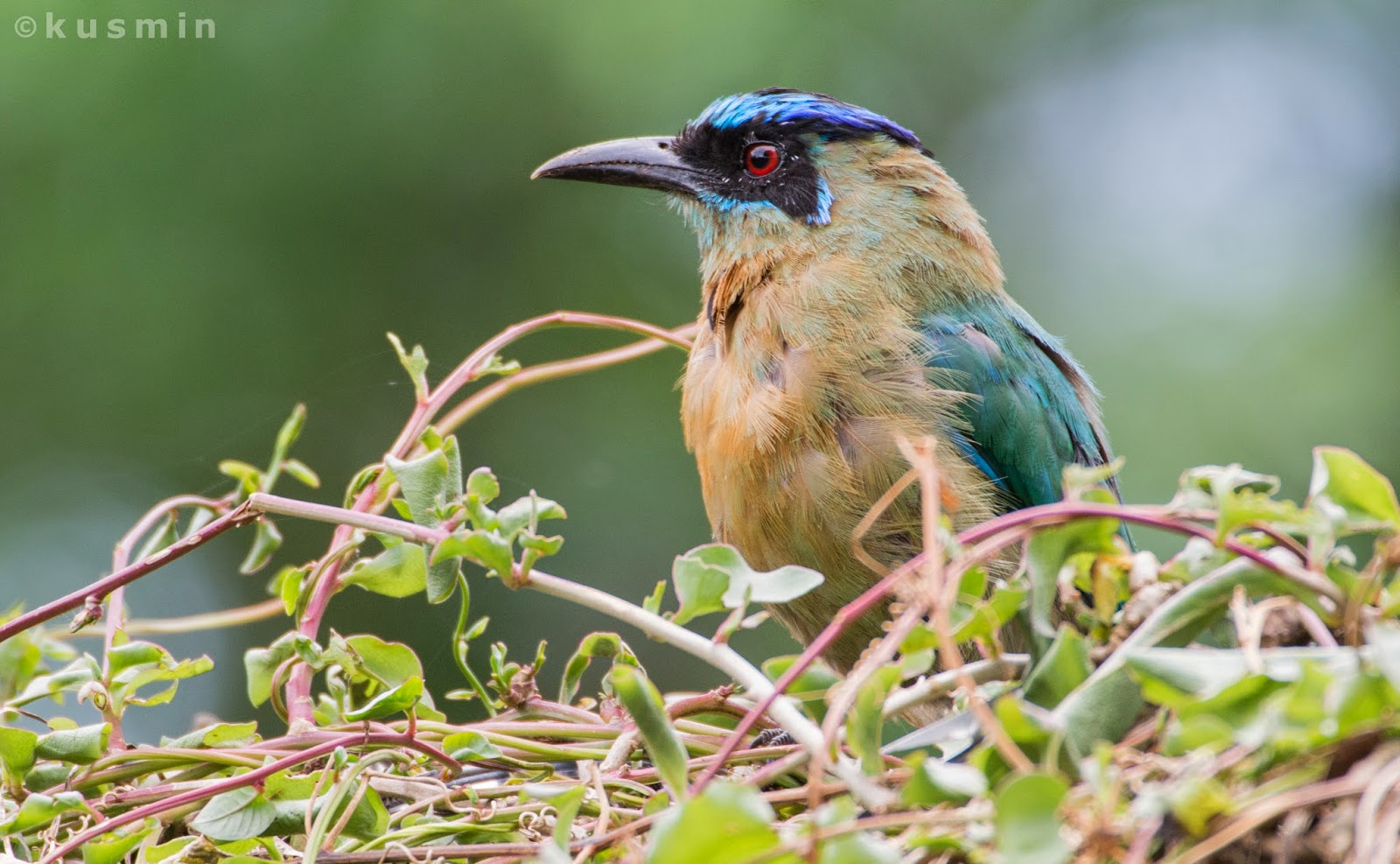 Saw this species in Trinidad already but any time you see one is cool, turns out this was the only one of this species we saw.

Next we were off to Cerro Lodge by the coast and the Tarcoles river for 3 nights, Liron got his shots of Black and white owl there as well as great looks at caracara's and crocodiles and we were hoping for the same.

Cerro means hill and the terrain was decidedly hilly, the humidity and heat index were high as well but our cabin was nice, if a bit rustic.

First hummingbird other than Rufous-tailed (of which there were many) was Cinnamon Hummingbird. I brought my flash unit along and had used it a bit the first 2 days, mostly because i had yet to use it with the D7100 and as a way to validate bringing it all along in the first place, i knew that it wouldn't be getting any more use later since the photogs i was going to be shooting with in the upcoming days were all "natural light" all the time, no worries. 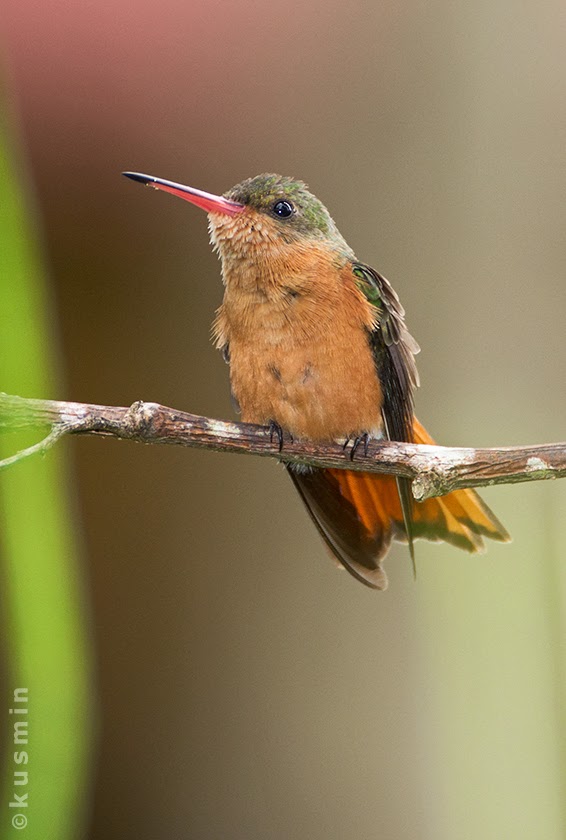 The best looks we had of Scarlet Macaw were right by the cabins one afternoon.
They would eat for a long time and pose nicely but the light was a bit harsh at times. 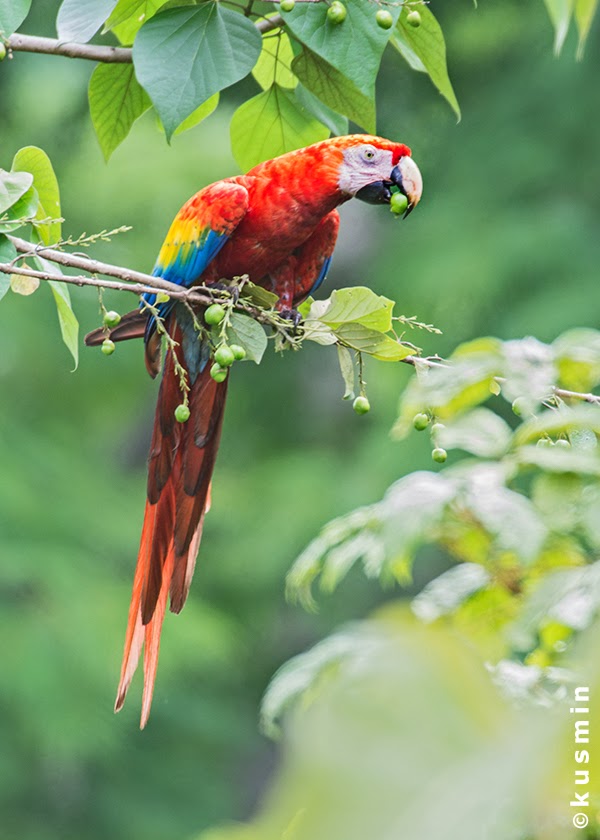 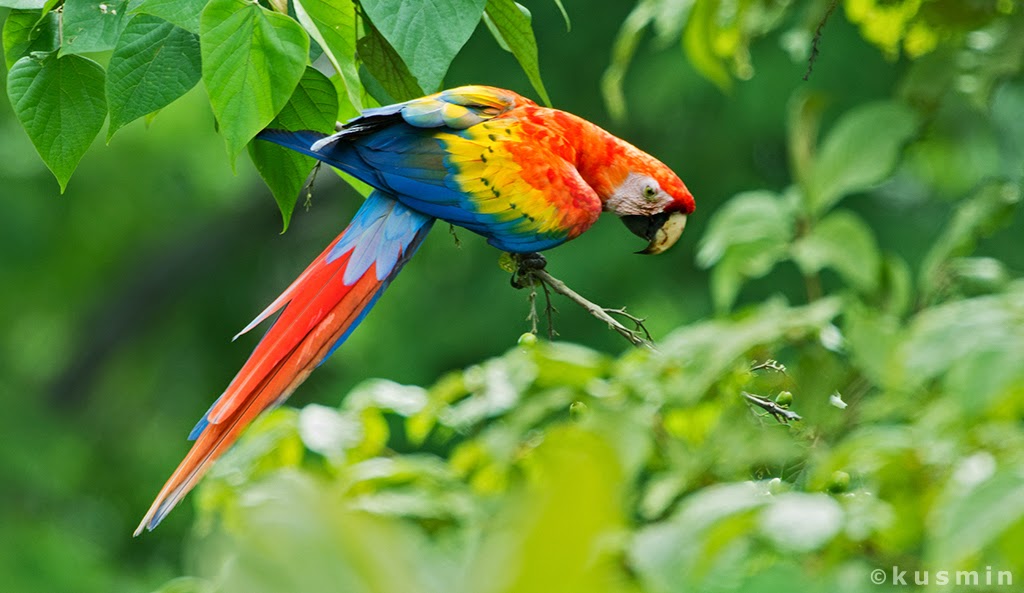 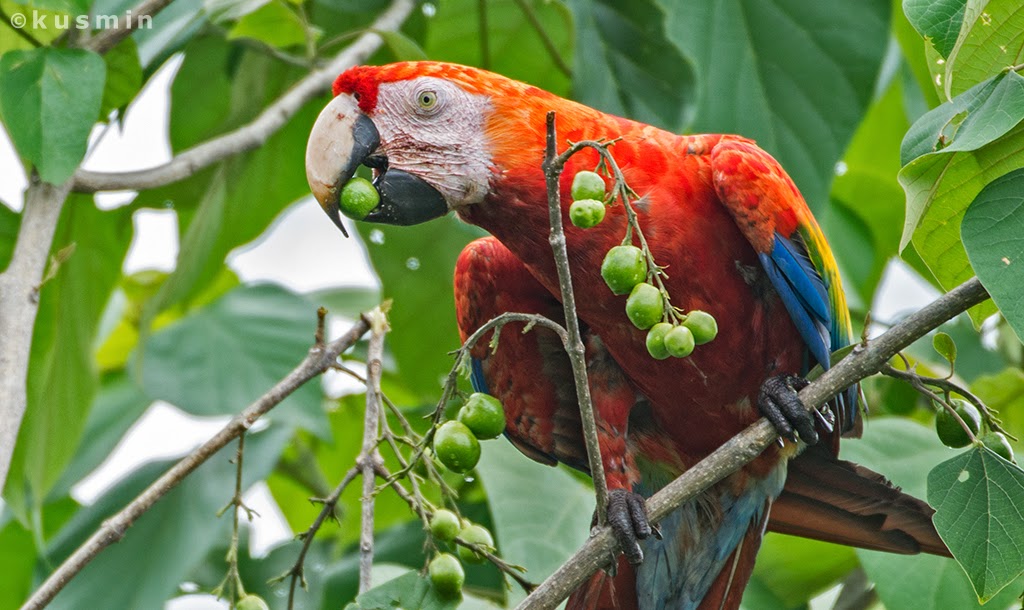 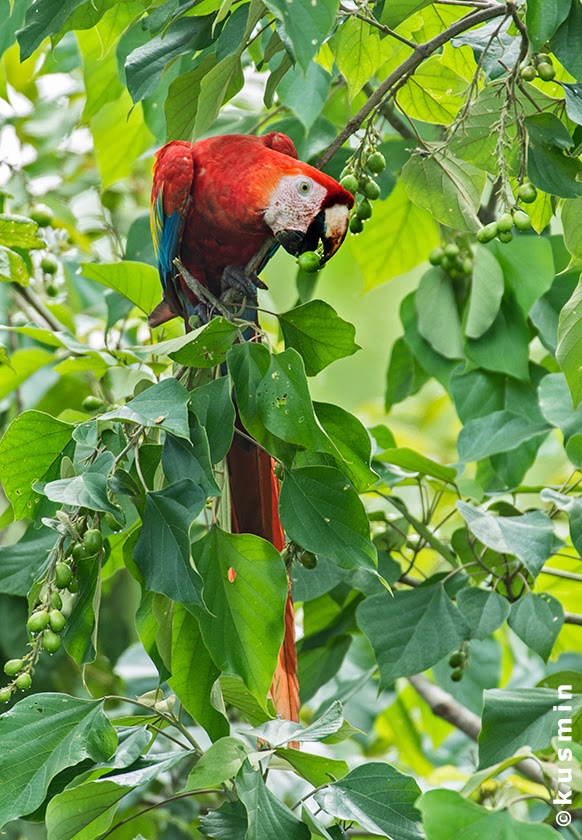 At the time i thought this was just a Blue-crowned Motmot but realized later was actually a Turquoise-browed Motmot, the second of four motmot species we would photograph during the trip. 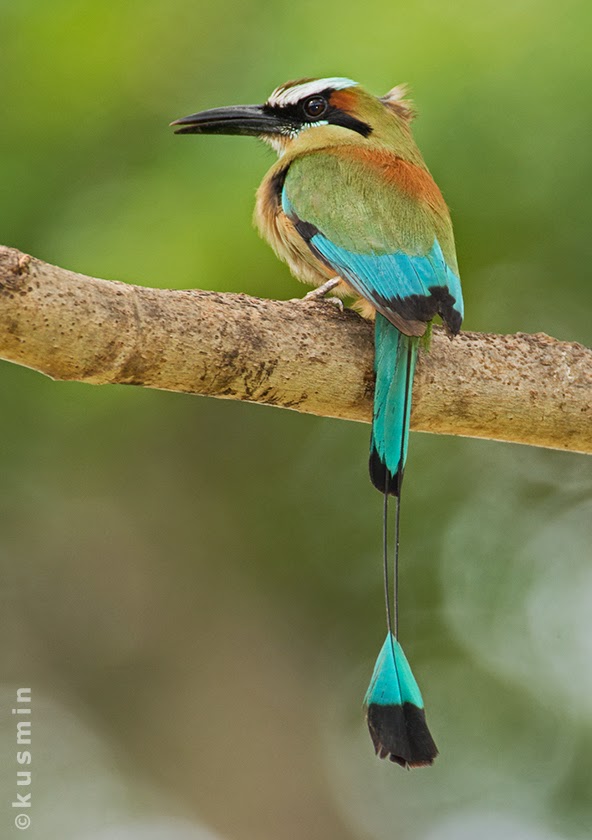 Good thing we brought a good flashlight because we needed it more than once during the trip, such as the night we looked for Black and white owl near the entrance. The night watchman eventually joined in the hunt and we got good looks of one by the swimming pool finally.
I'm not a fan of the wireless remote available for the D7100 and much prefer my shutter release physically attached to camera body, like my D300s is setup, for that reason i switched back to D300s for the owl, flashlight illumination only. 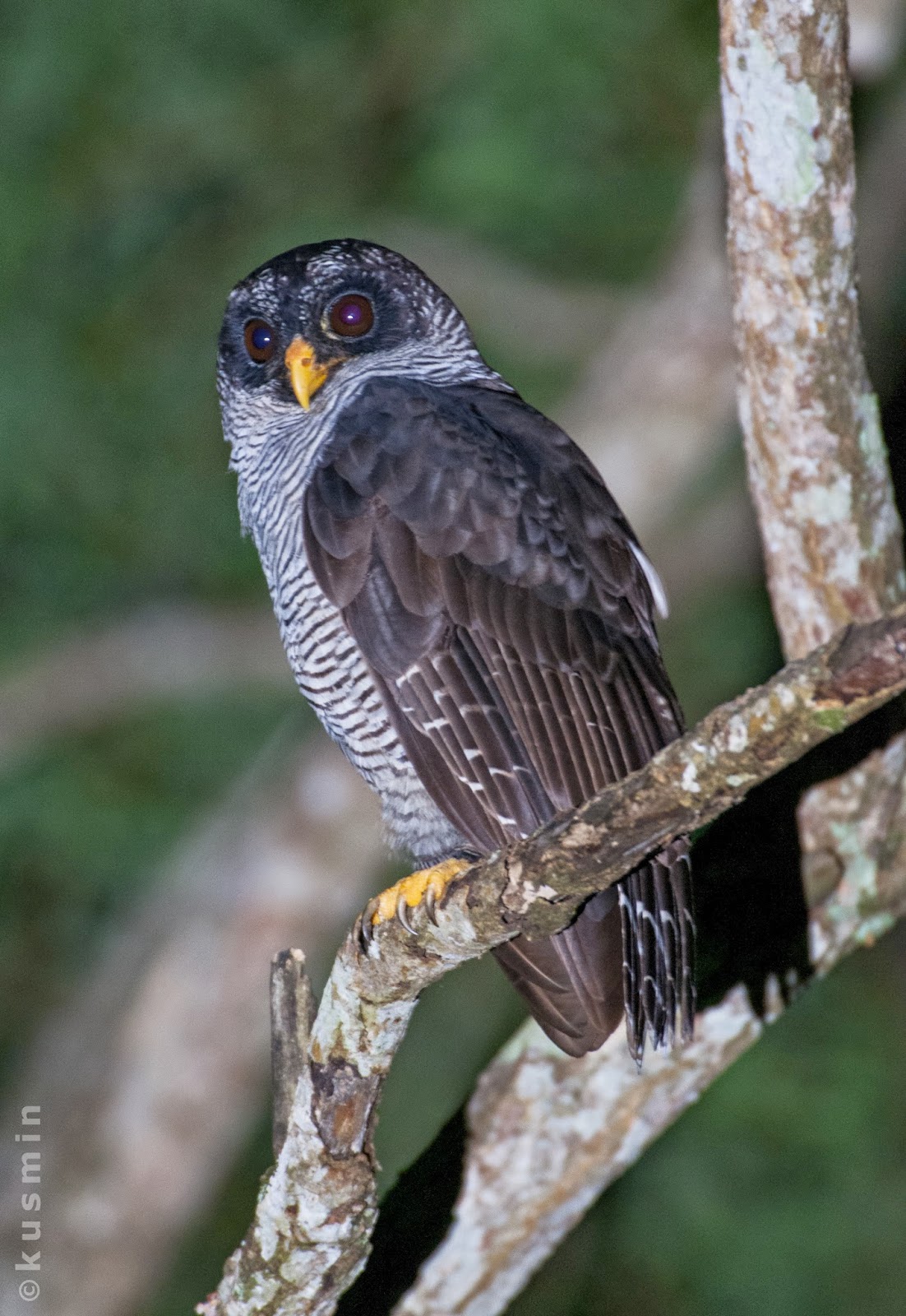 We took the riverboat ride one morning to see the crocodiles and birdlife along the Tarcoles river and while the main event was the feeding of chicken to the crocs for the tourists on the same boat as us i did get some shots later on of my target birds, the caracaras. The 500mm f4 was too much lens most of the time since the boat would pull up close to whatever so the smartphone shooters could get a shot too. 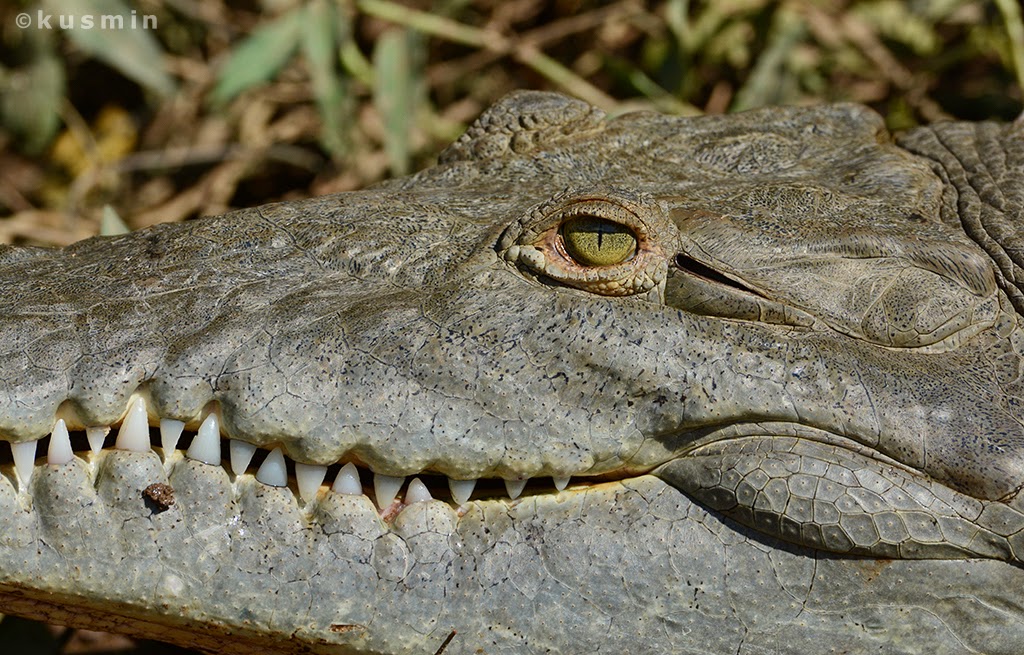 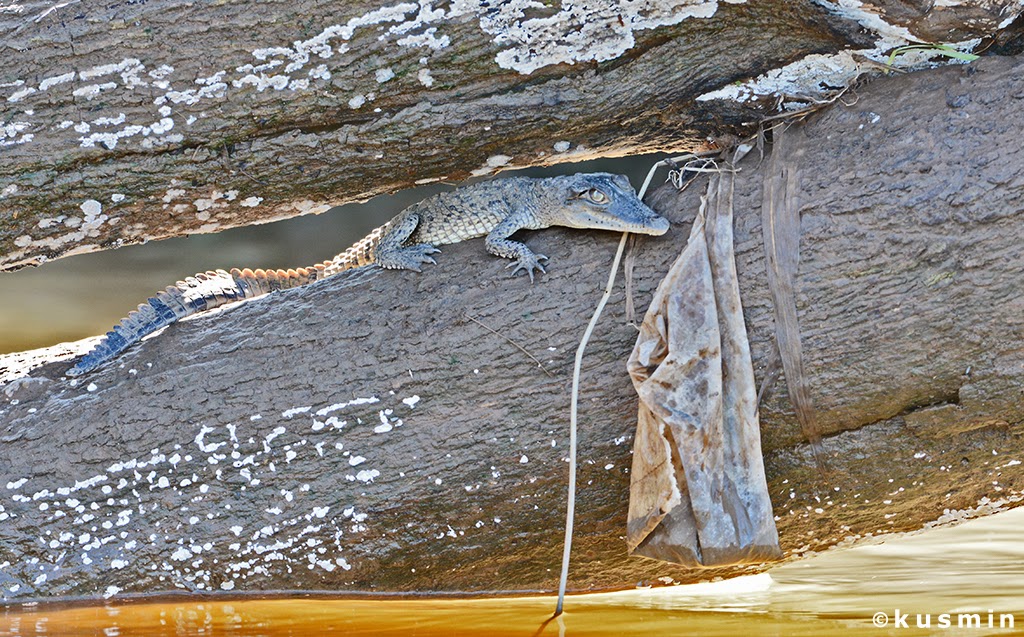 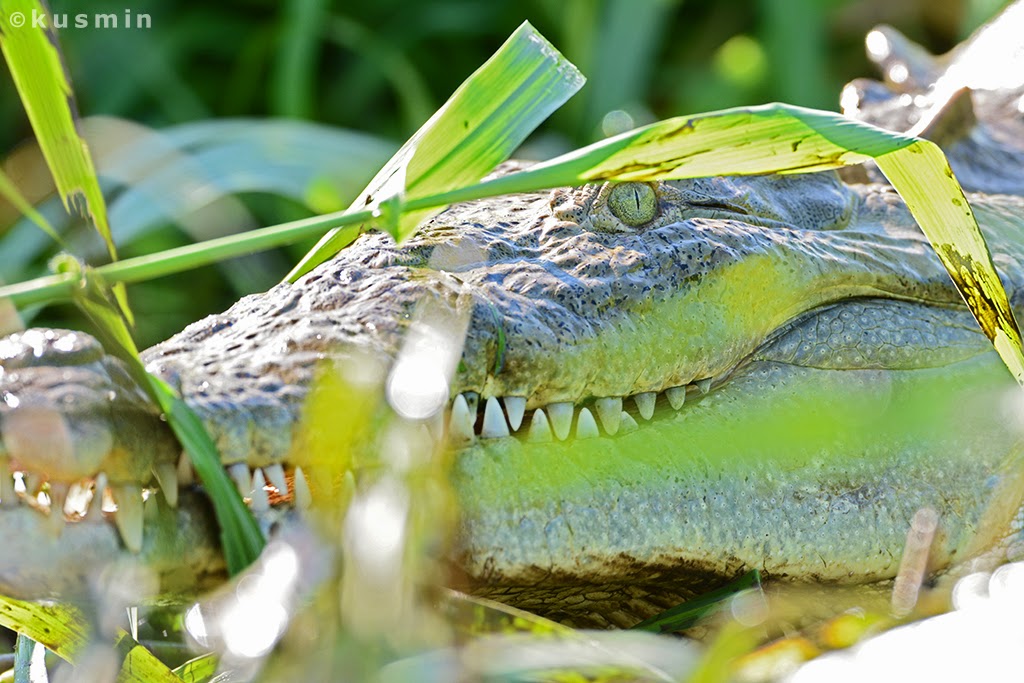 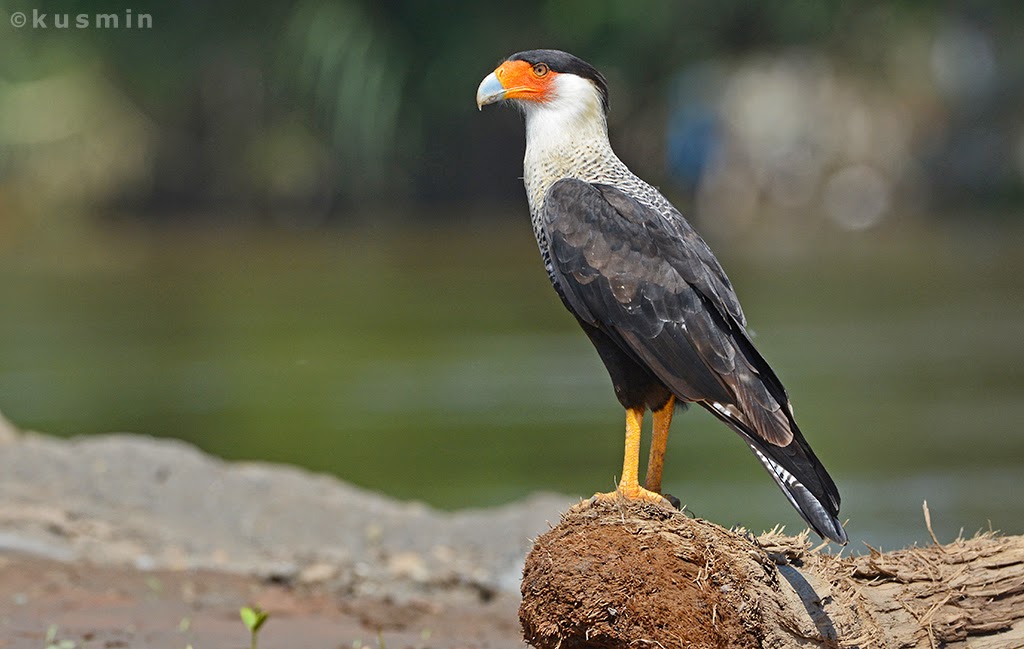 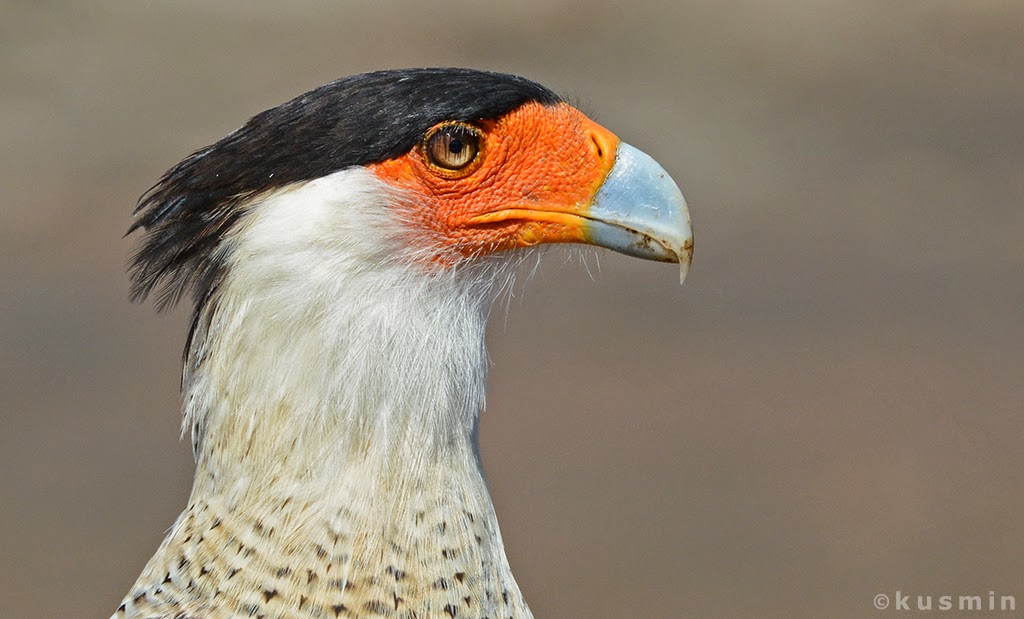 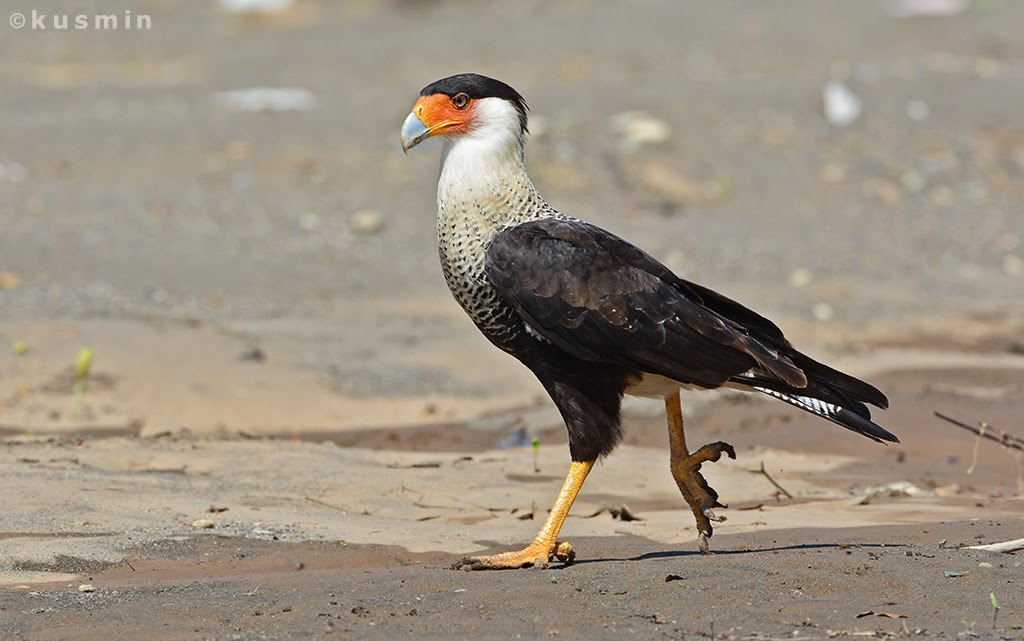 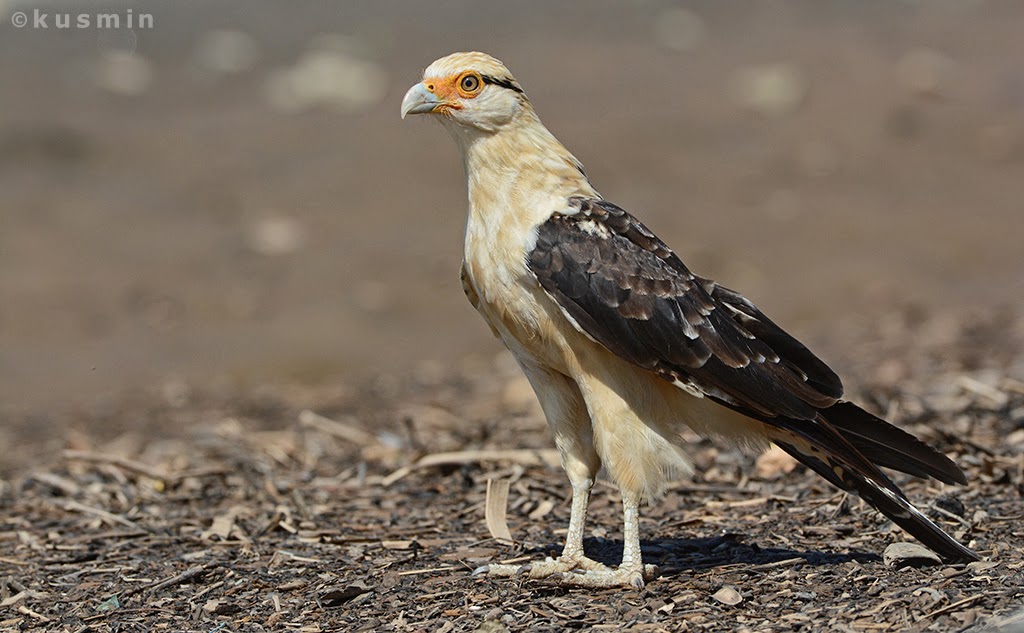 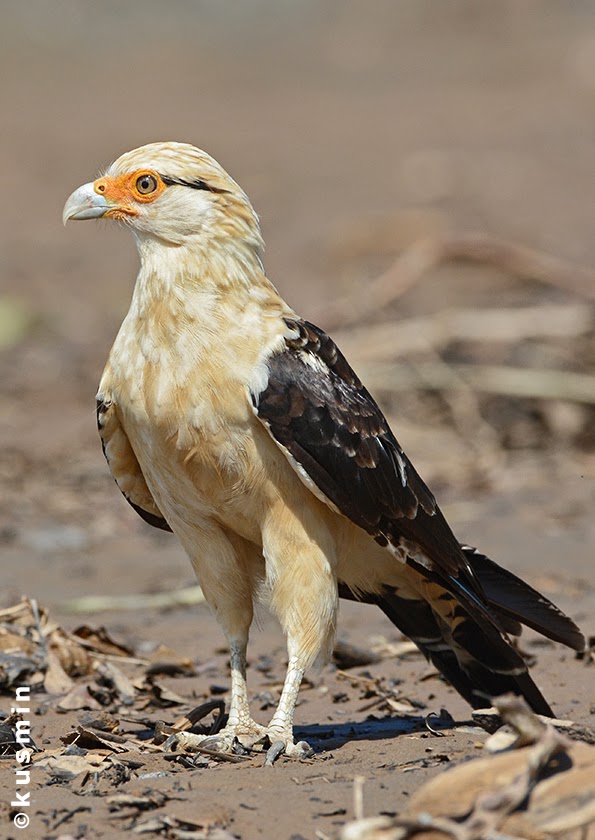 Up next, meeting Costa Rican bird photog Jorge Chinchilla and shooting with him at Carara National Park, and later our next destination, La Selva Biological Research Station.. :)