Well, with a break in the action i have a bit of time to "quick and dirty" process a few select shots for those following my blog.
The flight down to Krabi from bangkok was only an hour and painless. We fly with AirAsia and i recommend them, cheap and effective.
After arriving in the evening we headed to the Morokot resort near the entrance to the park. Nothing to write home about but it is well known among birders as the place to stay while at KNC.
There were two birders  staying there when we arrived, a swedish birder and a scottish birder by the name of Illiyad who mentioned that a birder friend of his had moved to Vancouver recently (sorry i totally forgot what his name was but if i ever remember i'll be sure to say hi for him).
Both were of course after the elusive Gurney's Pitta and as far as i know neither got it unfortunately.
Our chances were better since we had booked the services of Yothin, a well-known thai guide who was the guy to see if one wanted the pitta, especially in December when it was much harder to see.
We met Yothin at 6:30am the next morning and he drove us to one of his secret spots, but first a long distance look at a bird i had hoped to see in Red-bearded Bee-eater. Even Yothin was surprised to see one at this time of year as it was not usually seen. maybe the bird gods would smile upon us this trip. 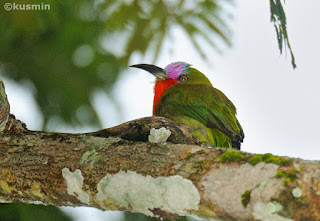 Red-bearded Bee-eater (Nyctyornis amictus)
Next we bush-whacked into a muddy trail that lead to a blind/hide setup over-looking a gully.
It was hot and humid in the morning and entering the blind it felt like a sauna. Sweat was pouring down my face and we waited for something to happen. the humidity wreaked havok with my camera and within minutes of the bird appearing the camera was rendered almost useless! I could see virtually nothing through the viewfinder but knew the bird was right in front of me. Somehow i was able to squeeze off a few shots before the camera died and after switching to the spare D300 was able to get a few more shots before it too died.
In all i got two postable shots, two was more than enough though as i found out later that cameras die all the time when shooting this bird from a blind at that location, the humidity is that extreme.
Luckily both camera bodies came back to life after being aired out in the afternoon, thankfully! 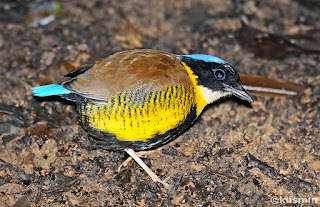 Gurney's Pitta (Pitta gurneyi)
This species was considered extinct in Thailand before Phillip Round re-discovered it in the 90's and the latest estimate is that only 15 pair exist although populations have recently been discovered in Myanmar. This is one of the species birders from around the world come in hopes of seeing but it is never easy as it is a secretive ground-dwelling bird, often heard but rarely seen, especially in December. Apparantly Late April is a much better time to look for this bird. we were lucky as Yothin told us it was never a sure bet, even with him.
he told us that some birders never get it and some have to go out 4 mornings in a row before getting it.
We got it within half an hour but just barely thanks to camera failure.
In the afternoon we went out again with Yothin and he drove us around in his 4x4 up some really muddy jeep trails to a few spots and picked up a few more species.
Photographing birds at KNC is extremely difficult as we had to deal with frequent rain down-pours and almost all the birds were long-range and up in the canopy.
Still, the chance of getting some hard to get birds made it worthwhile. 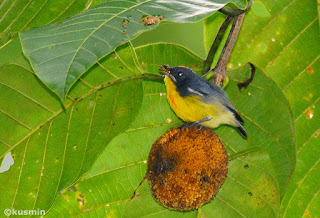 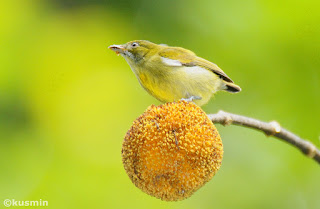 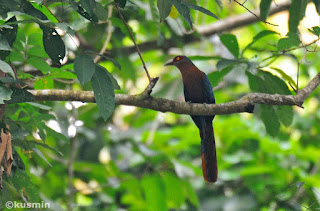 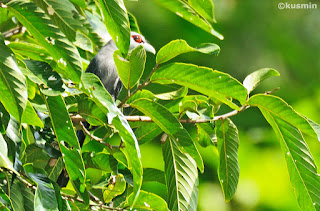 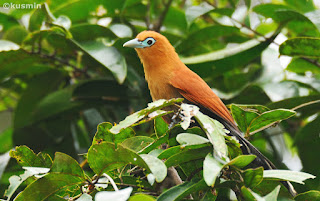 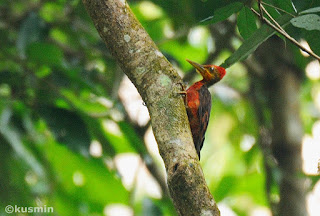 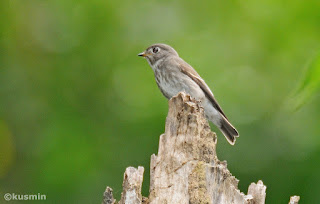 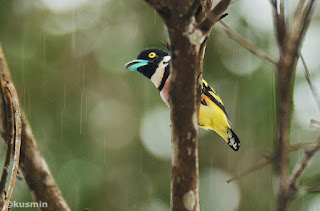 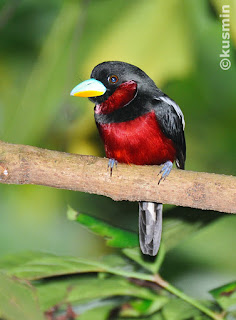 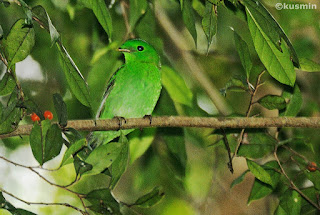 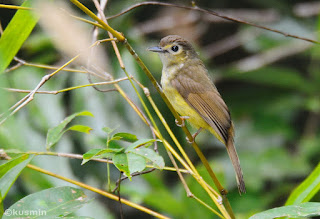 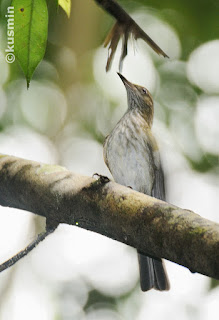 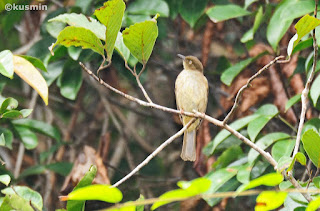 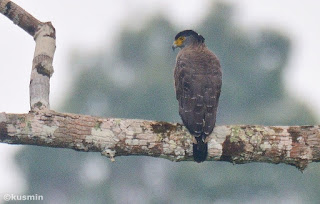 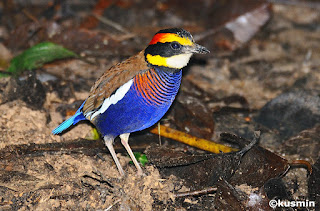 Banded Pitta (Pitta guajana)
We had better luck camera-wise with the banded Pitta on our second and last day at KNC.
The blind was a bit more open and air-flowed much better than at the Gurney's Pitta set-up. Was able to get quite a few shots of this beautiful gem.
Up next is a couple of days in Krabi, we had originally thought that Krabi would be our rest-time but of course birds came first. Will post the birds of Krabi next, when i have a moment that is ; )
hope you enjoyed KNC.
Posted by Paul Kusmin at 3:58 AM

Sounds like you are having a great time in Thailand. I'm really jealous! I love hope colourful all of the species are. So different from what we have in BC. Thanks for sharing!

I'm loving your blog Paul. Excellent pictures. Now it's my turn to tell you how envious I am as I sit here in Vancouver in the pouring rain watching Black-capped Chickadees. Can't wait to read and see more.