Back to Train Park (Thailand)

Well, we were back in Bangkok and had no further trips per say planned.
There had been talk of spending a few days down south in Cha-um, one of Api's aunts owned a deluxe condo on the water.
I had been there previously and thought it a great location to just relax and walk around on the beach etc.
I also remember it being a super location for kingfishers but we weren't sure if the condo would be available. I was ok just birding around Bangkok and decided to head to Suan Rot Fai (Train Park) for another walk through.
Api's sister drove us there and joined Api in a bike ride around the park while i did some shooting.

It was a sunday morning and we left it a bit late, big mistake on both parts.
Sunday is a day when Bangkok citizens head to the parks and ride bicycles and have picnics on the grass.
Birdy activity might be harder to come by with all the people about, but i would try, it was better than walking through another shopping mall.
I checked the pond near the entrance for herons but the light was harsh and i was satisfied with my previous looks at Javan Pond-heron..
I continued on to the overgrown area i had been with Alan Lo first time out.
We had been patiently waiting for a White-throated Kingfisher to show up and i kind of wondered if it might show for me today.
Alan, by the way was a smart photog, he had a small battery-operated fan mounted to his tripod, i was amazed, what a great idea for the heat and humidty, maybe i'll try it next trip : )
No luck again with the kingfisher but i did finally vanquish one of my nemesis birds in Greater Coucal, a common enough bird and one i had seen before, it's just that a record shot was missing, for whatever reason.
I spotted one coming in to a nest in the reeds and waited around a bit for it to come back, sweet! 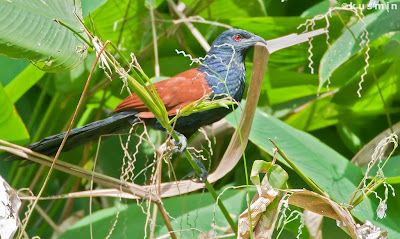 I also got some shots of Black-crowned Night-heron and i had to think hard to realize that it wasn't a Thai lifer after all as i had one from Khao Sam Roi Yot during our very first birding trip, lousy shot that one. 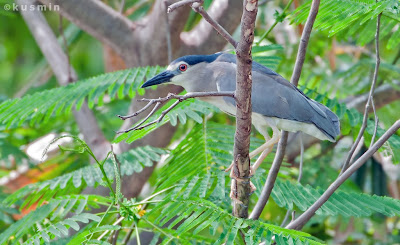 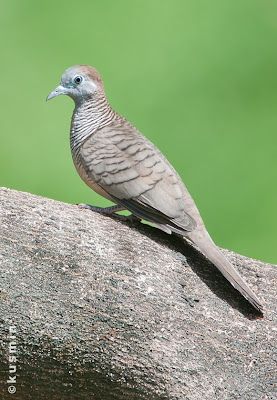 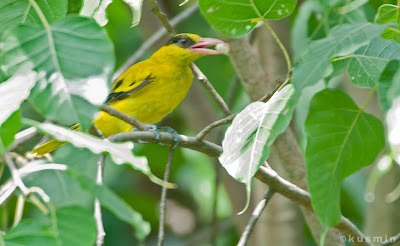 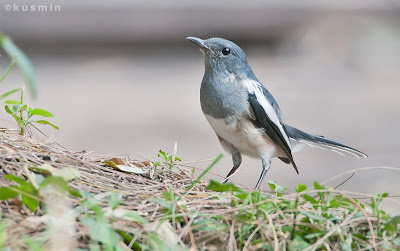 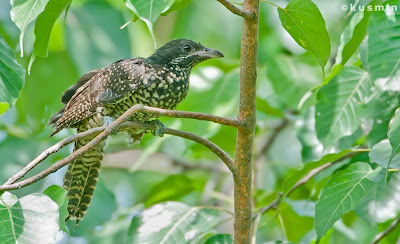 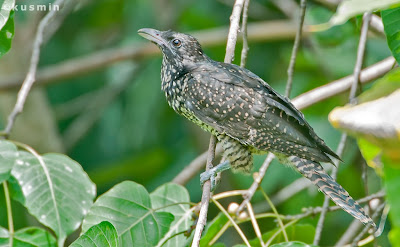 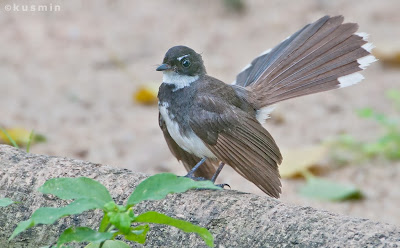 Pied Fantail displaying to me for some reason : )

Afterwards we realized that getting out of Bangkok for a few days before we headed back home would indeed be a good idea. One of Api's aunts was coming along as well as Api's sister and her car.
We would spend two days in Cha-um and maybe get some more birds.