One of the major events i had planned birding-wise was to spend a day shooting (hopefully) pittas at Kaenkrachan National Park with Guide Paan, a thai birding guide who specialized in bird photographers, most of his clients i think are Thai, Singaporean and Malaysian, maybe i was his first Canadian?
He picked us up just before 6pm July 5th (Friday) near our home at the Central Lad Prao and soon enough we were on our way to KKC, but first a quick stop at a Wat (temple) to look for parakeets.
Spotted Owlets were seen as well as Red-breasted Parakeets, a treat since the parakeet was a Lifer. 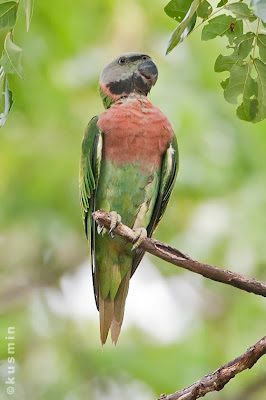 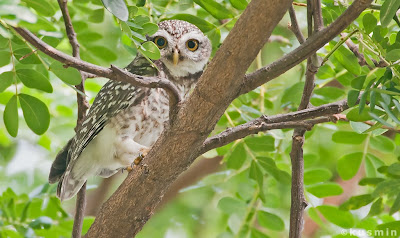 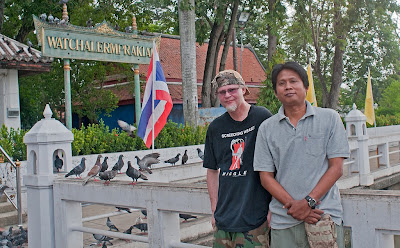 The punkbirdr chilling with Guide Paan

We drove on and had dinner at a road-side outdoor food court frequented by truckers (a good sign).
food was good and watching the monkeys try to steal food from behind the food stalls was amusing.
Continuing on we eventually arrived at Samarn Bird Camp near Kaenkrachan and said our hellos to Mr. Samarn and his wife before clambering off to bed, we would be up early the next morning.

Our plan in the morning was to be first to Mr. Loong Sin's house to secure a spot at a pitta stake-out he had on his property, we were not the only photogs interested in Eared Pitta but we were the first there this morning and got ground level looks at the elusive bird as it foraged for food to bring back to a nearby (but out of site) nest.
It was extremely important to stay still in your blind and keep noise to a minimum..
the birds are quite wary and cautious and we found that when later parties arrived and set up their blinds the bird became less visable and never went to ground level again.

Conditions were quite dark in the morning and we were always into the forest, never considered using flash but did decide to use the Mirror-up mode on the D300s to minimize shutter, ISO800.
Borat would say "Great Successs" 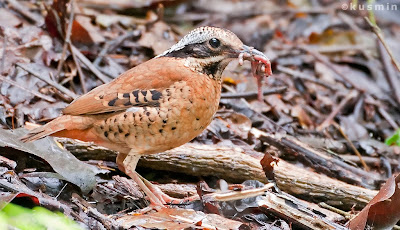 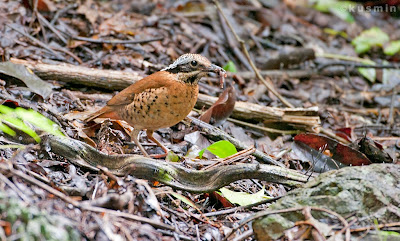 After 4 hours in the blind my knees were ready for some walking and that's just what we did, checking out another of Mr. Loong Sin's properties, the Rambutan Orchard.
Rambutans are delicious fruits and the constant supply within arms reach may have helped me keep going when the sun started flexing it's muscles later on.
I didn't take the heat and humidity very well, sweat would get in my eyes and make it hard to even see what i was shooting at times, just feeling tired as well, but there were so many good birds around that you just had to make that extra effort.
Vernal Hanging Parrots were the main attraction but sunbird and flowerpecker activity was pretty awesome as well. 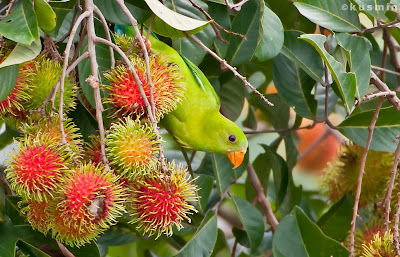 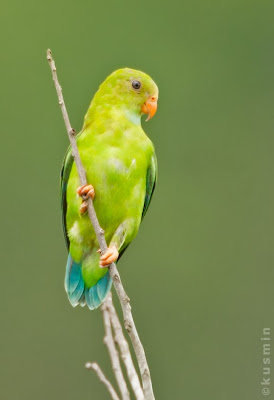 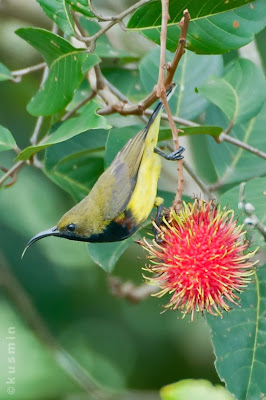 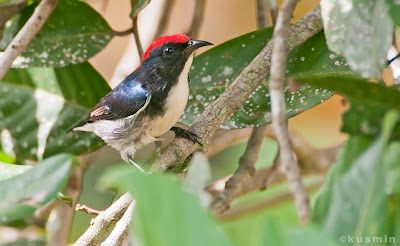 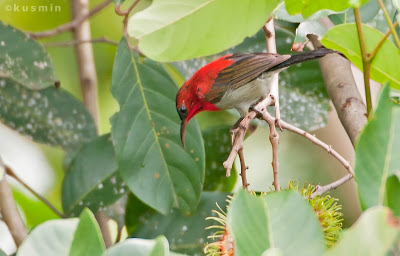 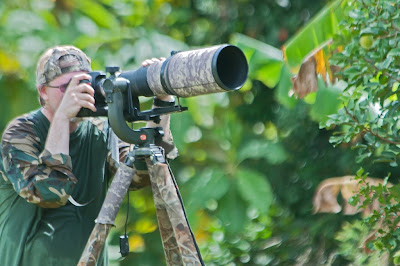 After all that it was decided to make our way back closer to Bangkok and hit up some spots we had not yet birded, like Kasetsart University campus and the Boy Scout camp nearby.
When Guide Paan asked if i was interested in Common Hoopoe i jumped at the chance, Api lays claim to our only shot, taken in Krabi, 2010.
The Boy Scout camp was kind of creepy to drive through for some reason, i was told there were some "old spirits" around, but there were also Hoopoes! 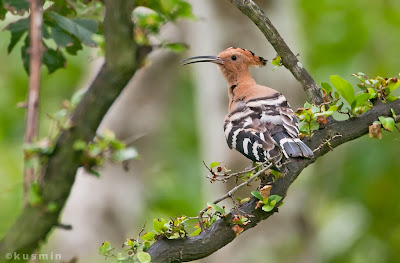 
Later we checked out Kasetsart University campus, an agricultural university with loads of birds, shooting was all from vehicle, using beanbag to support 500mm, worked very well. 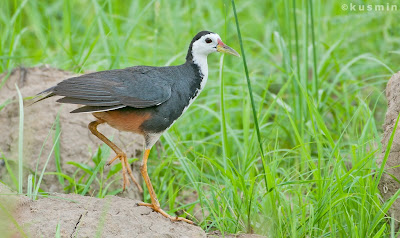 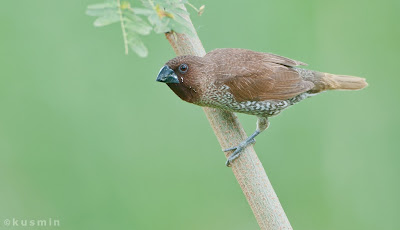 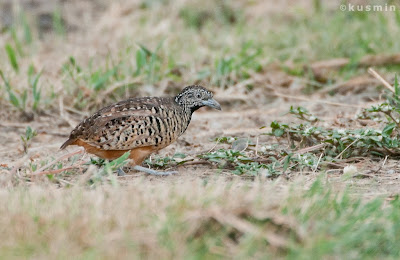 Scaly-breasted Partridge (Lifer! and hand-holding the 500mm frantically as well ) 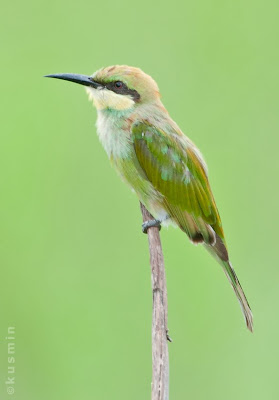 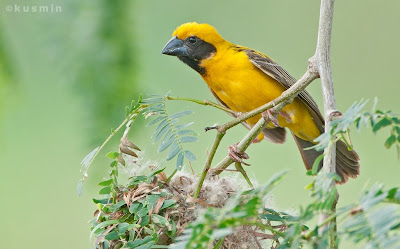 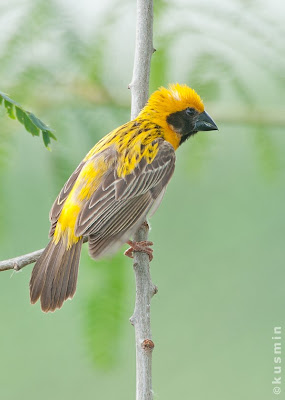 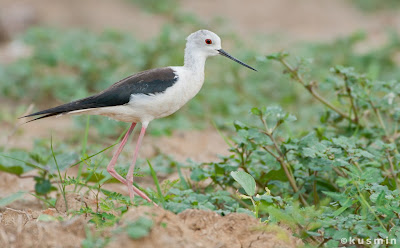 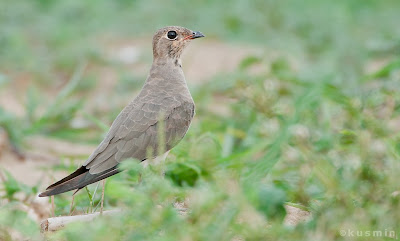 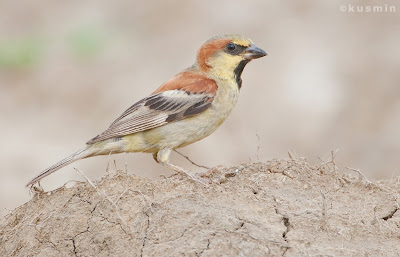 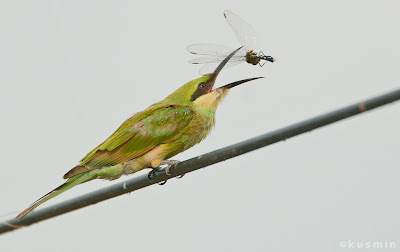