Oct 25th
We were excited to be getting away from the sleepy Cuffie River Lodge for a morning out with Newton, he was going to take us around the southern portion of the island and we began with the "hilton" ponds.
I had told him that one of my major target birds was the White-cheeked Pintail, i love ducks and any chance to add to the collection i savour, unfortunately, the Caribbean duck was not to be found.
We did get a pair of Masked ducks but i missed getting a shot of the pretty male as they both ducked into the reeds quite fast when we approached. I did get a shot of the female, this species wasn't new to me as we got a pair of females in south Texas in '09, just not as close as these were. 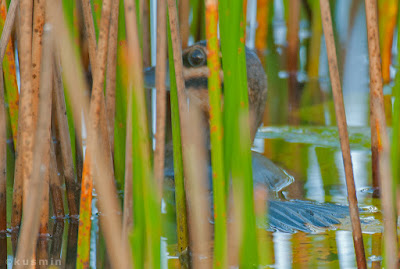 Other ducks we shot included Blue-winged Teal (not shown) and a flock of Black-bellied Whistling ducks on the old golf course. 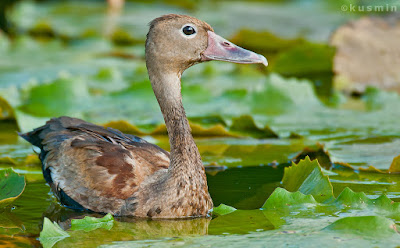 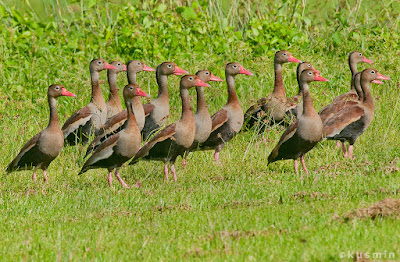 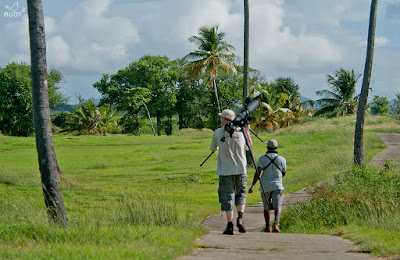 We picked up Least Grebe (not a new species for us) but were excited to get our first Purple Gallinule. 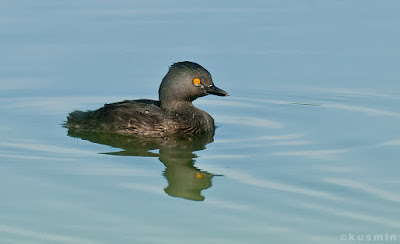 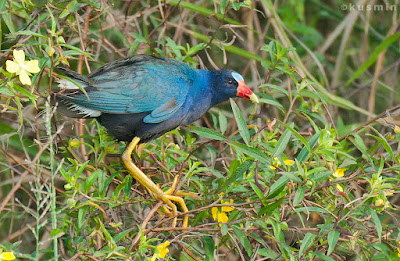 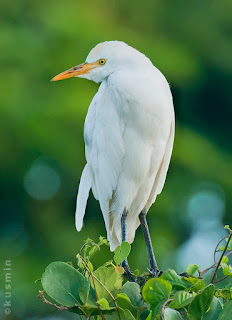 Cattle Egret posing nicely
Another good bird we got was White-fringed Antwren, we cleaned up getting both species, the Trinidad only White-flanked earlier and now this Tobago only specialty. 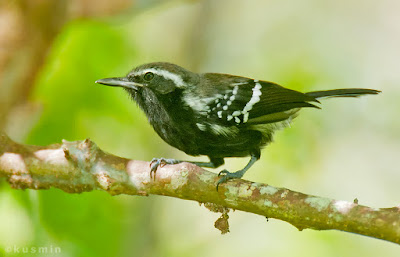 I was quite pleased to nail some decent shots of Wattled Jacana, while i did get shots of them at Aripo in Trinidad the looks were too distant, at the "hilton" ponds, the light and scenario were much better, cool. 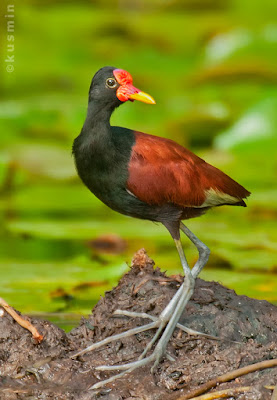 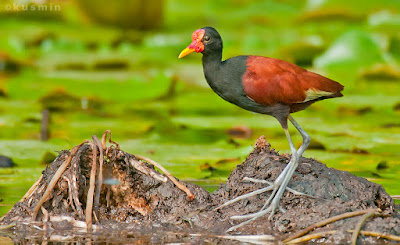 I scooped Newton with one bird that day as well, while viewing the Blue-winged teals i noticed a godwit in among them, i asked him "what's that godwit there, is that a Hudsonian?" 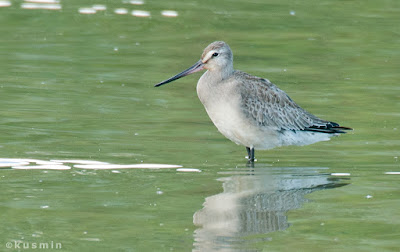 He looked and i think the bird took him a bit by surprise, he said "hmm, i think so.." , he asked me to send him a shot of the bird as i guess it is considered a rarity on Tobago, my Kenefick guide says "uncommon passage migrant in Trinidad, most records Aug - Oct. No recent sightings from Tobago". Score!
On the way out Newton stopped his maxi and told us that he thought he saw an Upland Sandpiper, this bird would have been a lifer for me but the looks were so distant and the pics a little too unIDable that i will wait for a better look one day before checking it off my list. Newton also said he had recently seen a Thick-knee in the same field although we of course didn't this time.
Part of our mission that day was to find an ATM so i could pay Newton, he was charging us $150 US for the half day and it was a much better deal than if we had organized something with the Cuffie River Lodge.
The ATM situation in Tobago was a little funny that day, it seemed every ATM we went to was not working, or the door would not open to enter the terminal area, something telecommunications related was down that day, Newton said no worries and he would drive us to Scarborough later to use the Scotiabank machine. The other Canadian bank down there is RBC by the way.
We checked out Crown Point, the southern tip of the island later and i shot some Brown pelicans in flight. 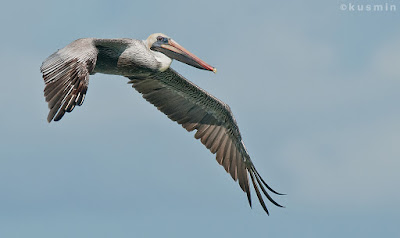 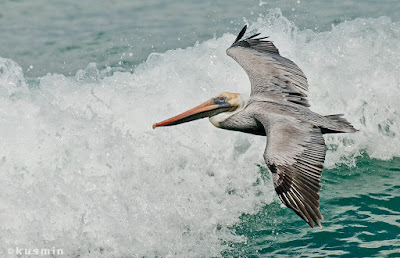 Later we checked out the Grafton Santuary and i was able to get some shots of a species i had given up hope of seeing this trip - Blue-backed Manakin, Newton delivered with this bird! 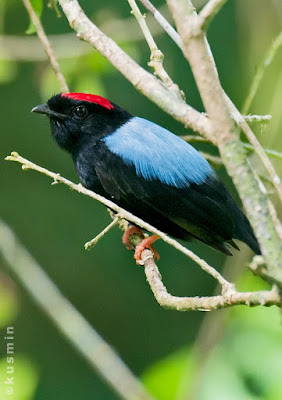 Later still, we checked out the Adventure Farm, a pay-to-play private location full of hummingbird feeders. The entrance fee wasn't too steep and one could purchase a delicious home-made mango shake while watching the frenzy.
It was a frenzy, i hadn't seen this much activity since Asa Wright, they had chuncks of fruit and a lot of cool species were coming in. They even had a bell they would ring when feeders were re-stocked and the birds would come in. I loved shooting here, for me, the big draw wasn't the hummers, it was the Blue-grey tanagers amd Spectacled Thrush, as well, how can you go wrong when a Cocoa Woodcreeper presents itself soo close to you and on an unusual perch? The red-crowned Woodpecker made an appearance at one point, great perch, great light IMO. 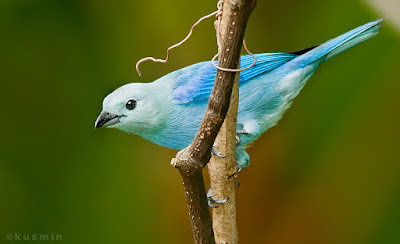 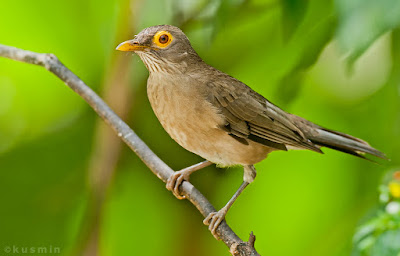 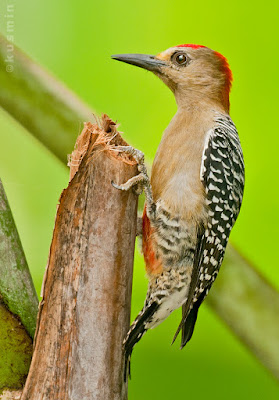 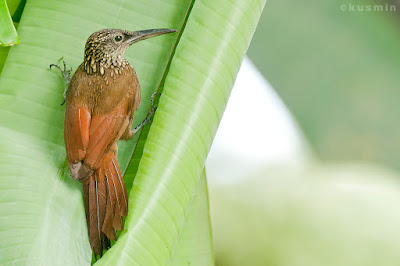 At one point i heard Newton scolding the owner for chopping down a banana tree that used to be near the feeders, it used to be a great perch, i think a lot of their business was bird photographers like myself, they were trying to accomodate more photogs and i admit, they had the birds coming in to become a major draw.
We saw our only Ruby-topaz Hummingbird of the trip there, a female that would perch high up in a tree. 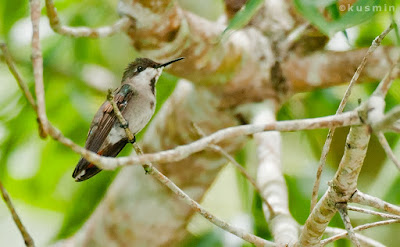 As well, hermits and mangos were prevalant as well, i avoid shooting them at hummingbird feeders but Audy got a few nice shots. 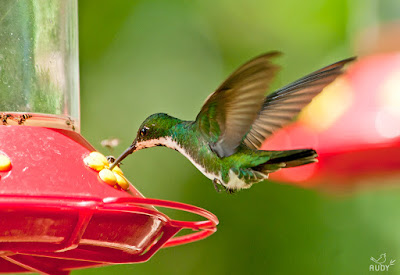 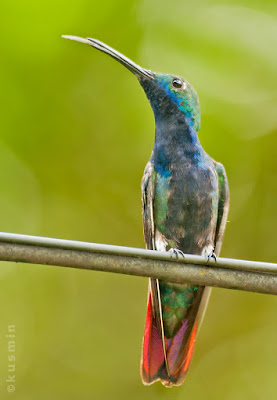 Black-throated Mango - male
Well, we got to an ATM machine that worked finally and Newton brought us back to Cuffie River, a successful outing and one i am glad we took, we added quite a few birds getting out like we did, Adventure Farm was a nice way to wrap things up.
I took shots of one more species this trip, and it was on the entrance road back to Cuffie River, there in a tree near eye level were the elusive Orange-winged Parrots, two of them at that. I grabbed a few shots from the window of the vehicle before we continued on to the hotel, and the packing up of suitcases, and paying off of food tabs etc. 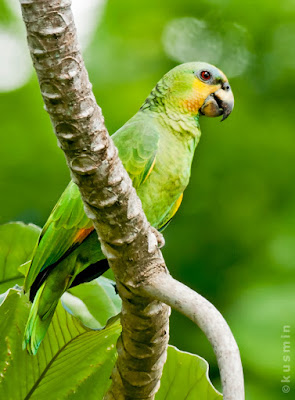 When all was said and done, Cuffie River was expensive, they charged a lot for the meals (which weren't all that spectacular to begin with), everything was calculated, and a 15% VAT tax along with some other tax was added to the total.
I couldn't help noticing in the managers office that she herself had internet access, that must be where she occupied her time, because i never saw her the whole time we were there.
would be nice to have some WIFI for guests, get with the times people.

If i were to do it again, i would spend no more than 1 night at Cuffie, just enough to get the White-tailed Sabrewing, it's not worth the cost, we just looked at our CC bill for Cuffie and it's kind of crazy, had i known before....
Tomorrow we would fly back to Trinidad and spend a quick night at the Holiday Inn Express before jetting back home on my birthday, the 27th.
Posted by Paul Kusmin at 11:41 AM