Well, it was an eventful one  :lol:

Since i hadn't gotten out to see about the White Wagtail yet i decided that after work on Friday would be my earliest opportunity.
Drive out was eventful because i was almost side-swiped by a big truck who decided to try and pass another truck right when i was passing him  :shock:
I was able to swerve to the side enough to get by, my Honda Fit's little horn doesn't do justice to the severity of the situation.
Anyways, got to the field and saw a handful of birders and scopes on the field.
Some people sat in their cars munching sandwiches and looking out into the field, which appeared vacant of bird life.
Saw Mark W. (the original finder of bird) and chatted with him the rest of the time, a very knowledgeable birder and photographer, who's work i admire.
Didn't see the wagtail and i'm not sure if it's been seen since, oh well, i gambled by hoping it would stick till the weekend and it didn't. Dat's birding for you  :)

Saw some pipits near the end of my visit (i arrive at around 1:15pm and missed Mike and Nick, who i understand were there earlier) and left for the Tropical Kingbird at around 3pm, which was close by. 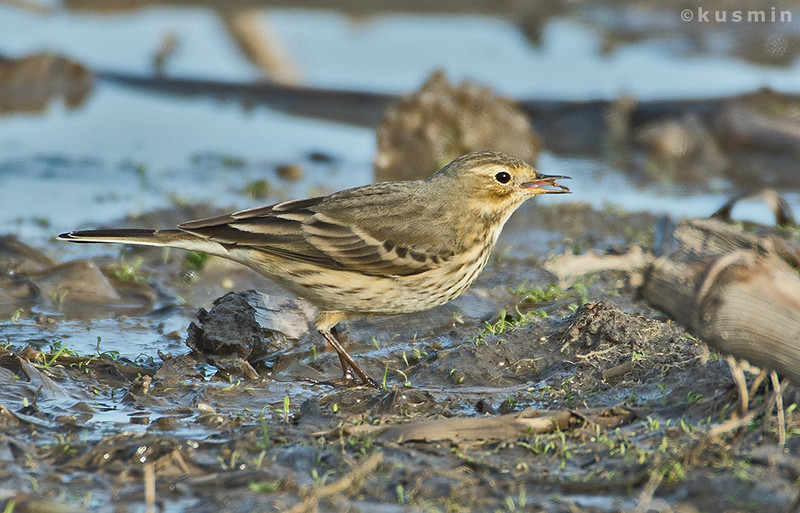 I was using my new fangled Nikon right angle viewer on my camera like one would use a scope, i lowered my tripod legs till i was standing over my camera and flicked the viewfinder to 2:1 ratio, enlarging the view to make it easier and scanned.
I really like checking out distant birds in fields this way and will continue the practice i think.

Arrived at Brunswick Point and asked the first birders i saw if they saw anything tropical out there, they answered in the affirmative  :) .
Great to see John G. as well, his work is quite good.  :)
He said that White wagtails were as common as robins in England.

This was my 3rd Tropical Kingbird in the lower mainland. 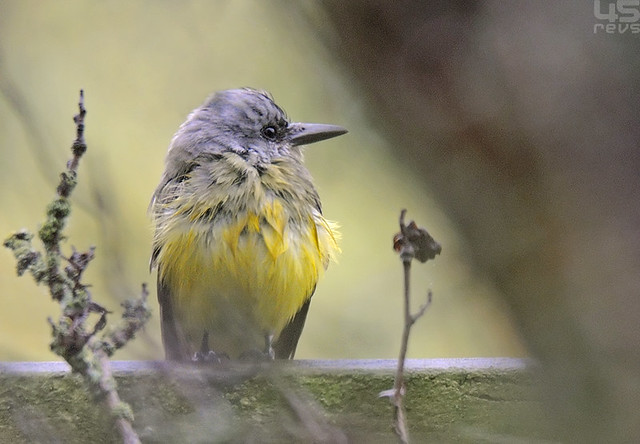 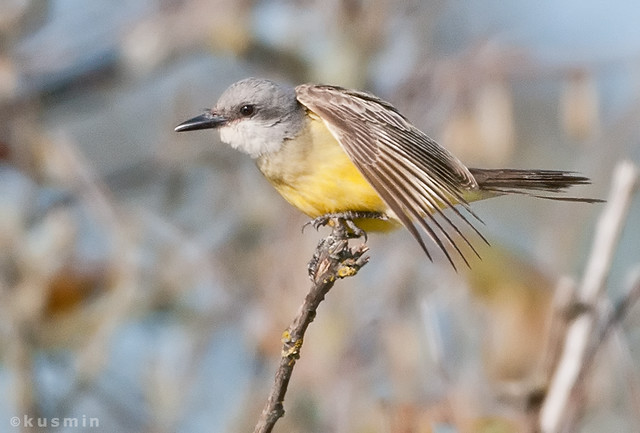 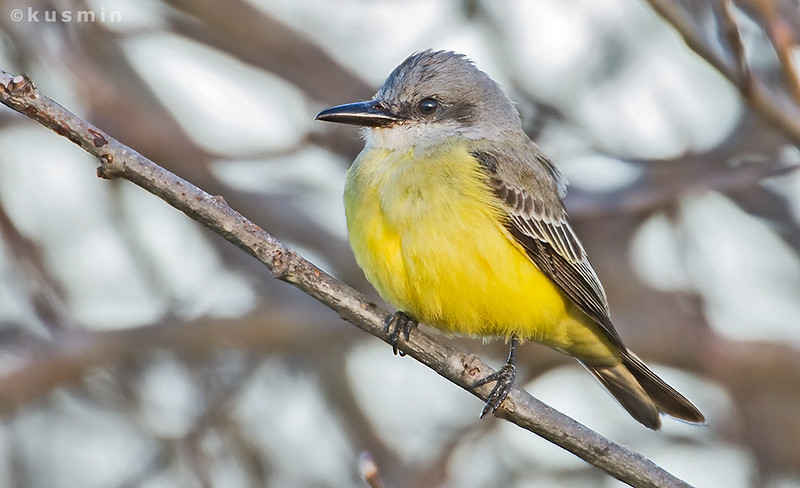 The light was starting to go and it was time to go, wish i had spent more time with this bird, instead of staring out into a muddy farmers field  :lol:

Saturday morning Api and i were up at 4:30am to meet up with Birding in BC forum regulars BirderGirl (Mel) and Liron, we were headed over to the island to see how many of the interesting birds we could get in and around Victoria  :D
I really wanted to get some better shots of Rock Sandpiper and there were many stops planned.
I'll keep my long story short as i'm sure Liron and Mel will post their reports as well.

We were extremely lucky to get our first target bird Sky Lark!
It had taken Liron 5 hours to secure shots of his Lifer birds originally but we didn't have that long, 45 minutes to an hour, tops.
Sharp ears picked up them calling and we soon realized that we were hearing them from all over. Walking slowly we finally saw some fly up into the air. I had hoped to get some shots of them on the ground but was lucky to get some quick shots in flight because when they were on the ground you couldn't see them.
Sky Lark was one of the first local rare birds i really wanted to get after reading Kenn Kaufman's excellent Kingbird Highway book. We did eventually go over in 2007 unsuccessfully, we were really after the Tufted Duck at Kings pond that day and decided to drive around the airport beforehand to see if we could find them. We didn't know you had to look through the fence to have a chance of seeing them.
It was great to meet forum member Chantelle (apologies if i spelled it wrong, i'm writing on the fly) and her husband, she took some amazing shots in Alaska recently. 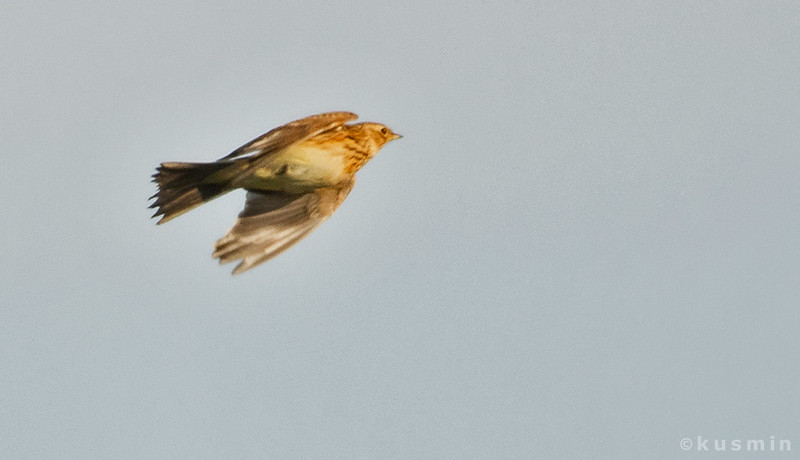 Sky Lark - Lifer of the Day!

We tried for the Cattle Egret at Esquimalt lagoon but it was gone (at another location, we didn't find out till later), met Courtcjam (again, apologies if i mangled the name), and we spent some time shooting the Muscovy duck (escapee), Trumpeter swan and assorted ducks and gulls. 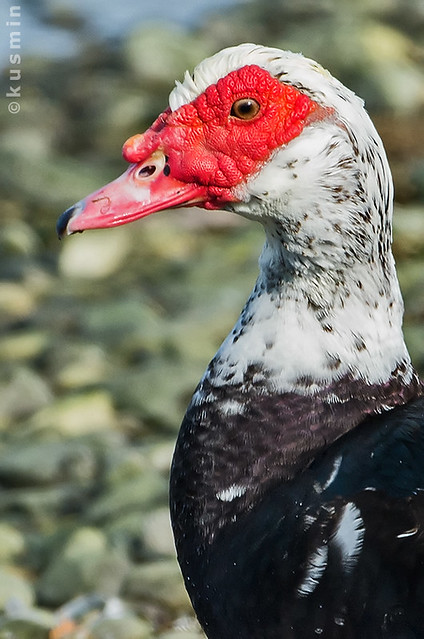 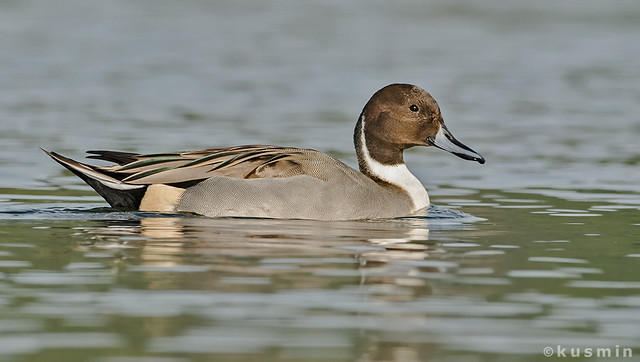 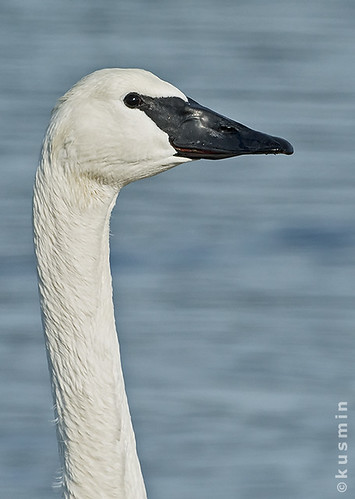 Afterwards we checked out Swan Lake for the Nashville warbler. Beautiful location, no warbler however, and it was off to Cattle Point for (hopefully) Rock Sandpiper.
There were some birds like Black Turnstone, Dunlin, and gulls perched around, oh, Harlequin ducks as well. 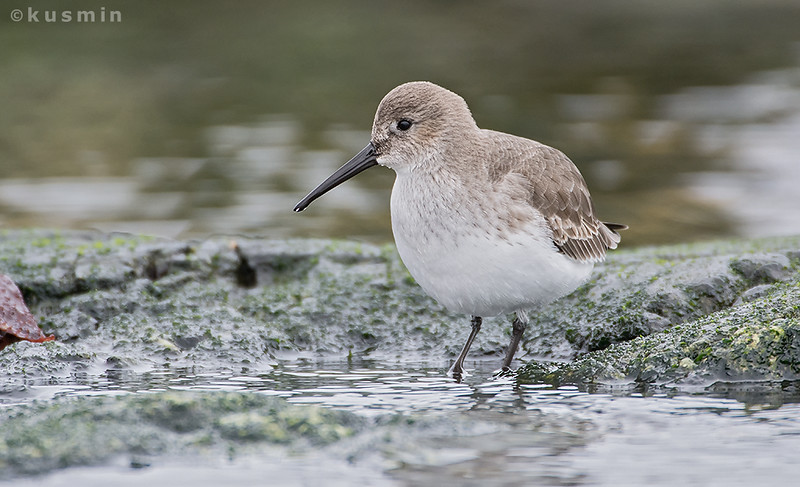 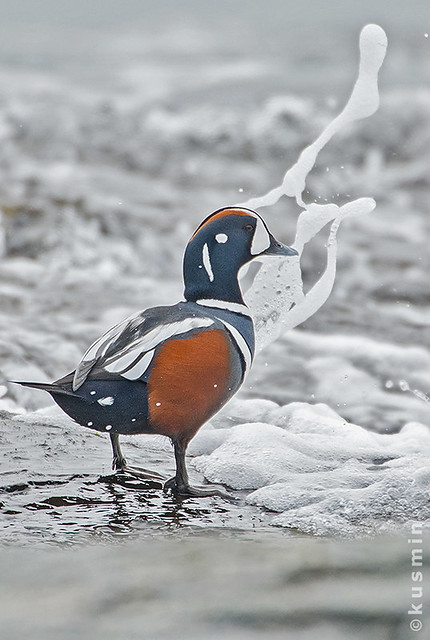 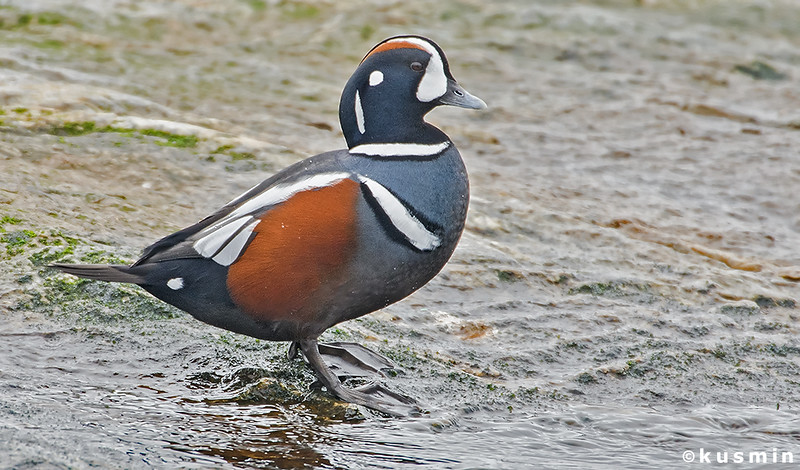 No Rock Sandpiper, so off to Clover Point, maybe there...
I've shot there in the past and got some good shots of Surfbird and Harlequin duck there.
Turnstones and Surfbirds were the birds we focused on, Liron hopped off the seawall to get down and low on the rocks like i had the first time, this time the boat launch exit looked a bit too slippery to get back out of and i took some shots from up top instead. 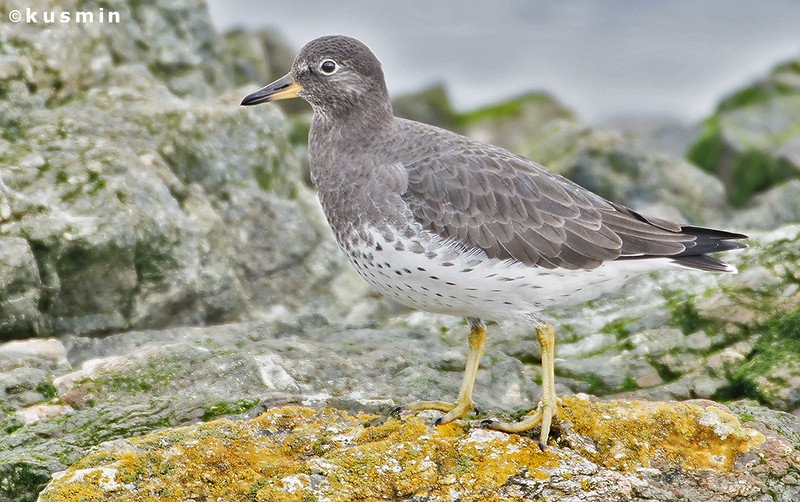 We decided to break for lunch but really, we were running out of time, but still had time to say hello to forum member Ogopogo (Cheryl).
Sorry we didn't have more time but your cookies were amazingly good, thanks  :)

We still had our hearts set on Rock Sandpiper and decided to drive out to Wiffin spit in Sooke, it as already afternoon and would likely be the last of the decent shooting light upon arrival.
This is crucial, had we not decided to drive out there we may have noticed the text Mel received about the Acorn Woodpecker that had just been spotted  :shock:
Man, we were just there...
Oh well, no Rock Sandpiper at Wiffin Spit but it's a beautiful spot, first time for me.
There were plenty of River otters including a scary looking dead one on the beach that Api spotted.

On the way back we decided to check out the golf course where the Acorn woodpecker was spotted just to say we had made the effort. On the drive in we pondered if we had ever seen woodpeckers in the dark and the general consensus was no.
It was dark when we got out of the car and of course couldn't see a thing, Liron tried to call in a Barred owl or something but in the end, it was all for laughs.
Don't be surprised if Mel goes for the Acorn again, she was determined  :wink:

I'll admit, i was tired, my wife is good at passing out in cars while travelling and rested a bit but after Friday (i spared you the story about my hellish commute back home to North Vancouver from Delta during rush hour Friday) and getting up at 4:30 i was toast, in a good way.  :)

Sunday i slept in till 8:30, which is super late for me, it was raining so i processed the Victoria shots but in the afternoon it got sunny a bit, my wife needed to go to Park Royal to do some shopping and since Ambleside was close by decided to drop her off while she shopped so i could get some shots at the pond.
It was a relaxing visit in beautiful afternoon light, the pond was lit up in an array of fall colours and it was fun to track the ducks and shoot them in different colours of water.
I got down as low as you can at Ambleside without getting wet and utilized the right angle viewer again. 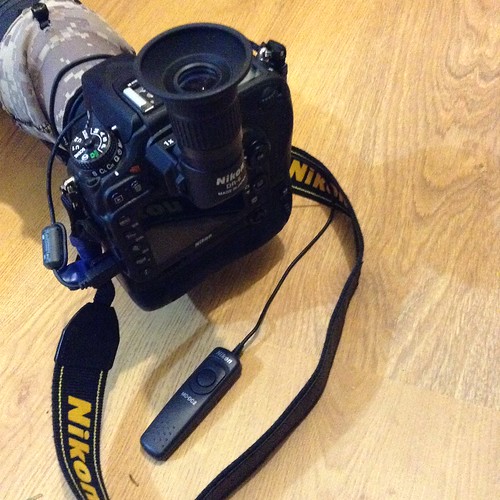 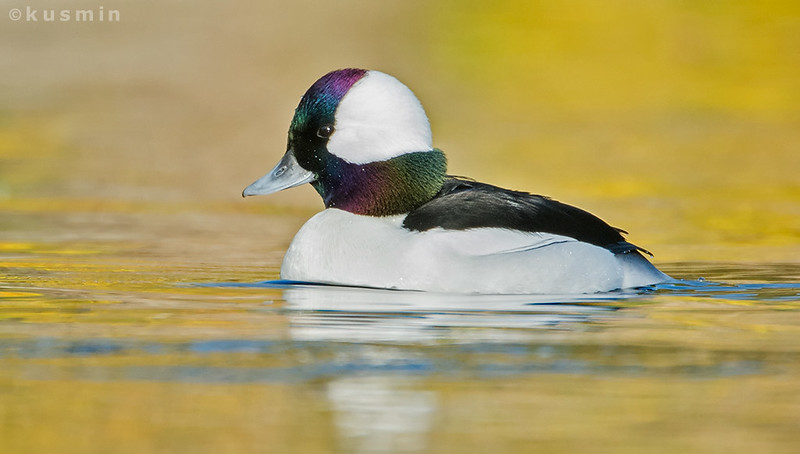 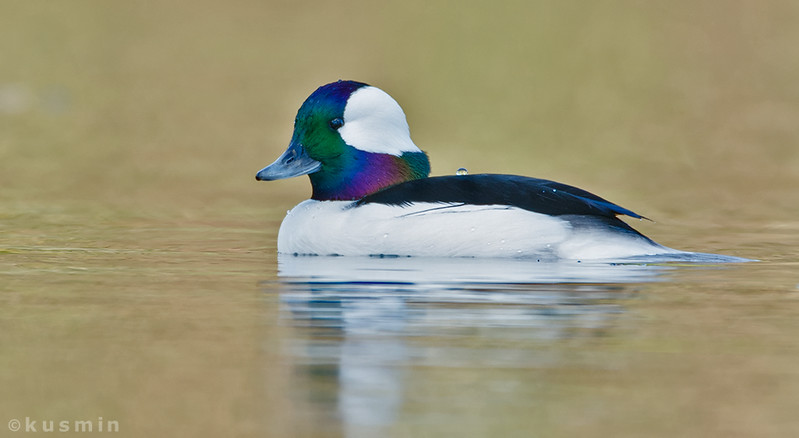 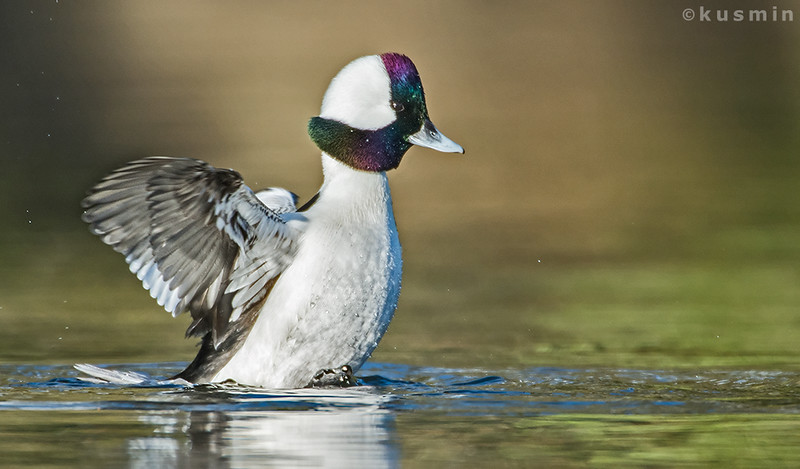 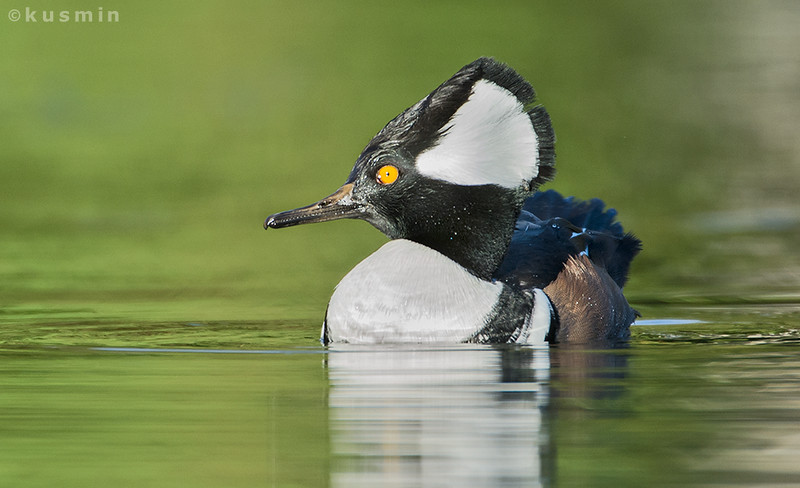 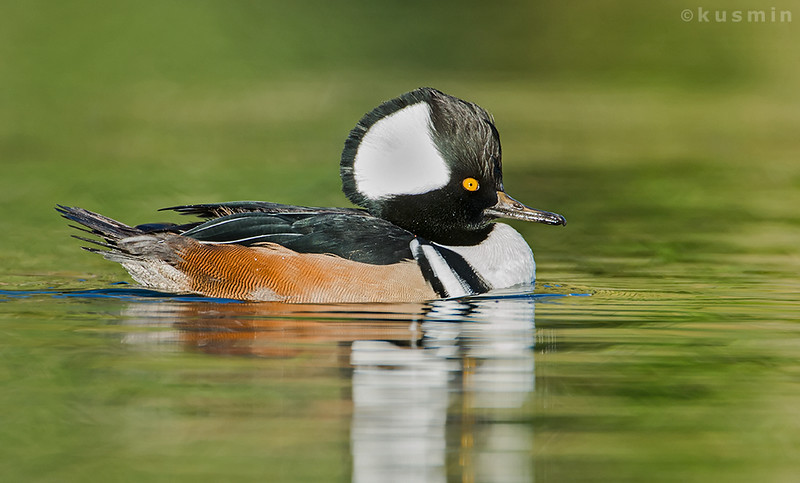 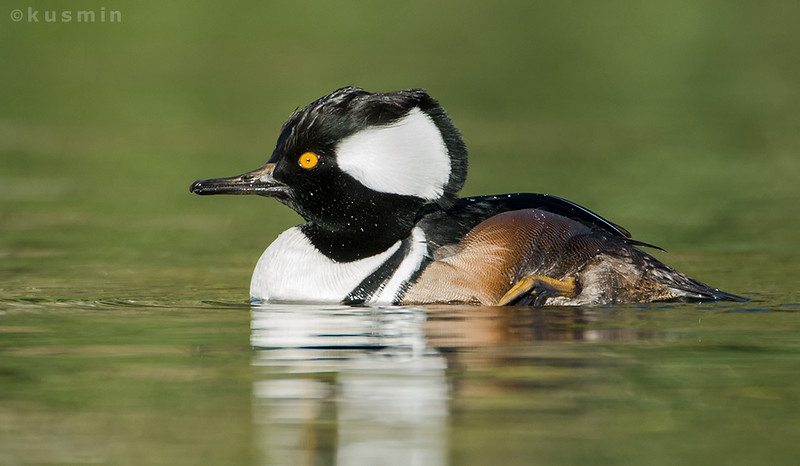 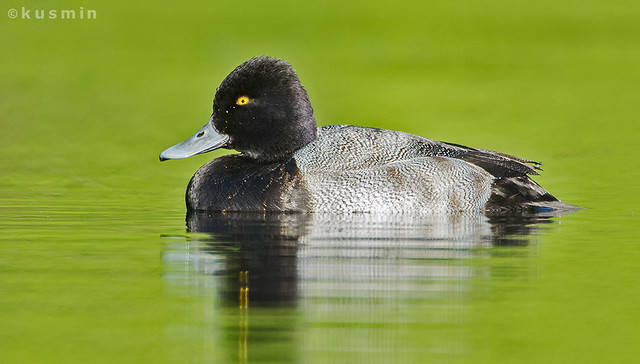 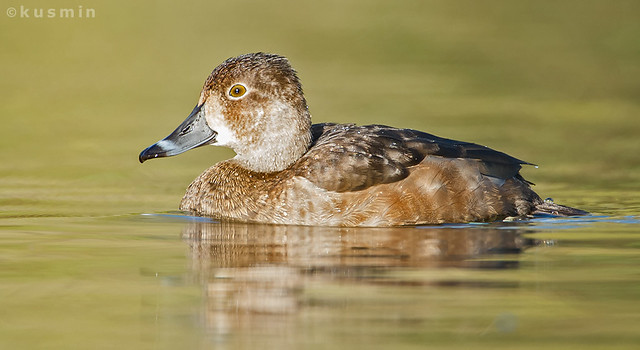 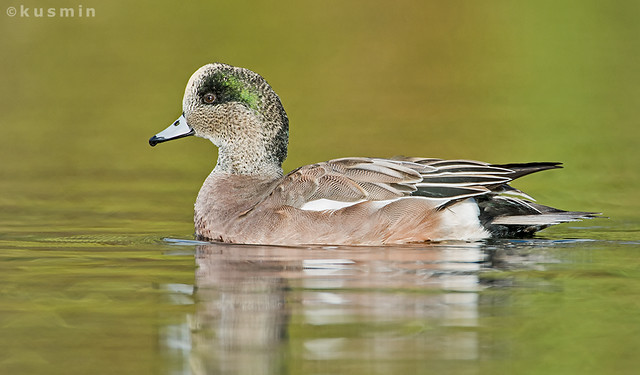